Upcoming at the NHA

Masks are recommended inside all NHA properties.
View our safety protocols 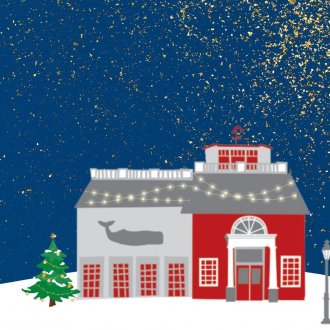 News at the NHA

Read the latest updates from the NHA! 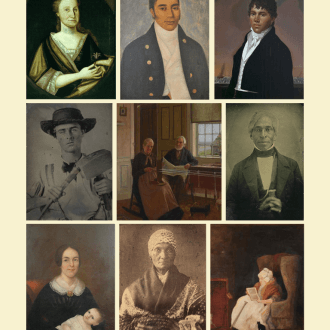 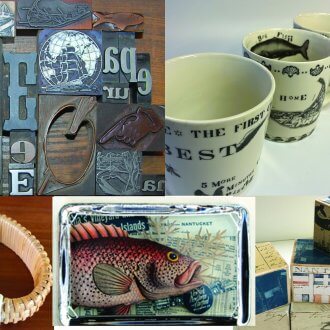 Happy Thanksgiving week from the NHA!

Pictured here is a watercolor by Tony Sarg, Macy's Thanksgiving Parade, with a scene of a turkey being surrounded by Thanksgiving and Christmas symbols.

Tony Sarg (1880-1942) was known popularly for his work as a puppeteer, illustrator, toymaker, window designer, and creator of the original Macy’s Thanksgiving Day Parade balloons. Sarg began coming to Nantucket with New York friends in the early 1920s, and purchased a home on North Liberty Street in 1922.

It’s a busy week of holiday travel! We are wishing everyone safe trips to and from the island.

Pictured here is steamboat Nantucket, a side paddlewheel steamer that was in service to Nantucket between 1886 and 1910. It measured 629 tons and was 190 feet long. The steamboat was beautifully decorated, with the paddle boxes having painted half-circle designs and with copper fastenings. However, it was not designed for travel on the rough waters of the sound.

If you are on island and looking for an inside activity to warm up, stop on down to the Festival of Wreaths at the Whaling Museum (open 10am-4pm) and FREE for all to enjoy! With over 90 community-craft wreaths and a special display of Home for the Holidays, a collection of over 200 mini stained glass houses, it is the perfect way to spend your time this holiday week.

In the log of the ship Mariner, George F. Folger recorded daily entries on the progress of a whaling voyage to the South Pacific from 1840–1844 and included notes on the weather, whales taken, and accidents, as well as sketches of birds, musical instruments, and people.

Learn more about the adventures of the Mariner and enjoy Folger’s drawings by transcribing a few pages of the log -link in story!

Please reach out to Ashley Miller, Assistant Archivist, at amiller@nha.org with any questions.

This stereograph of a floral wreath from our collection is getting us excited about the Festival of Wreaths opening this Saturday, November 19, at the Whaling Museum.

Visitors, on-site and remote, can bid on their favorite wreaths in an online auction to benefit our year-round outreach efforts.

Today we share a recent acquisition: Elizabeth Rebecca Coffin’s “The Arab Boy,” created during the artist’s 1905-06 trip to Algeria. This painting, an oil on board, shows a young man in flowing garments looking to the horizon. On the reverse there’s a second painting, an incomplete view of a hay wagon in a landscape.

This painting is the fourth work the NHA has acquired this year by Coffin, the most important female artist associated with Nantucket from the turn of the twentieth century. The museum has also acquired “The Old Falconer of Ben Gana, Sheik of the Ziban” (also from Coffin’s trip to Algeria), a pastel portrait of a woman, and a still life of chrysanthemums.

Elizabeth Rebecca Coffin (1850–1930) was a painter, educator, and philanthropist. Born in Brooklyn, where she lived most of her life, she studied at Vassar College, the Academy of Fine Arts in the Hague, the Art Students League in New York, and the Pennsylvania Academy of Fine Arts. Among her instructors were Johan Philip Koelman, William Merritt Chase, and Thomas Eakins, whose realist approach is evident in Coffin’s surviving works. Her father was from Nantucket and a descendant of the early English settlers; in the early 1880s, she began summering on island, eventually buying a house in which she later retired. Her signal achievement for Nantucket was the revival and transformation of the Coffin School, which she helped guide for more than two decades.

Both “The Arab Boy” and “The Old Falconer” are gifts of the Friends of the NHA. The still life is an NHA purchase; the pastel portrait is an NHA purchase underwritten by Thomas & Connie Cigarran, Anne & Todd Knutson, and Margaret Hallowell & Stephen Langer. ...

This Veterans Day, we are excited to share we have been gifted additional items relating to the life of U.S. Navy Commander John Franklin Walling, who was lost at sea in 1945 while commanding the submarine USS Snook during World War II.

This past August, the NHA announced it would receive Commander Walling’s commissioning sword from Raymond F. DuBois, who received it from his mother, Annabella Walling DuBois, Walling’s widow.

Following this announcement, we were contacted by Susan Carpenter, whose grandparents and mother had been dear friends of Annabella Walling and who, remarkably, was in possession of Walling’s diaries from 1933–40. After years of trying to find someone to return the diaries to, she was delighted to place them in the NHA’s care to accompany Commander Walling’s sword. They record Walling’s time at the U.S. Naval Academy and his early years in military service.

In addition to the serendipitous gift of Walling’s diaries, Raymond F. DuBois and his family discovered a trove of photographs and documents related to Walling’s life and naval career, including the letters to his wife during World War II that pick up where his diaries leave off. The DuBois family has presented these to the NHA in honor of Annabella Walling DuBois.

The NHA extends a special thank you to Raymond F. DuBois and his family, as well as Susan Carpenter for their generous gifts to the NHA’s collection that will allow for a complete story to be told to honor the life of Commander John Franklin Walling through further research and future exhibitions.

To learn more about these exciting acquisitions to the collection, click the link in our story to read the full press releases. ... 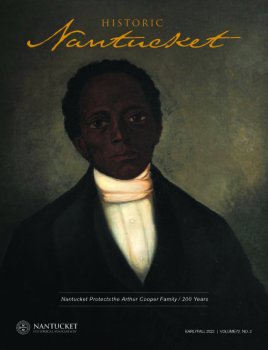 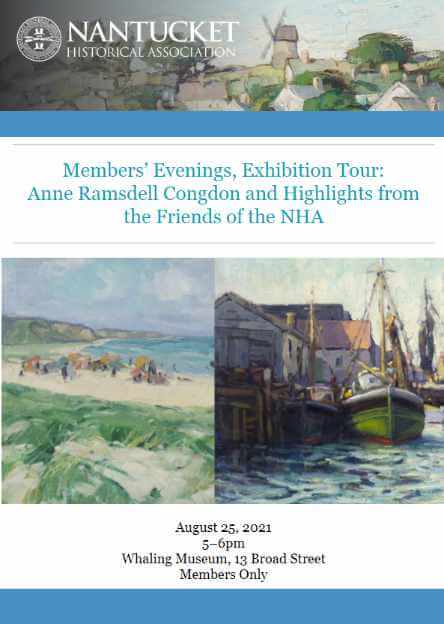 SUBSCRIBE to our CHANNEL for our collection of historic, exhibition & program videos 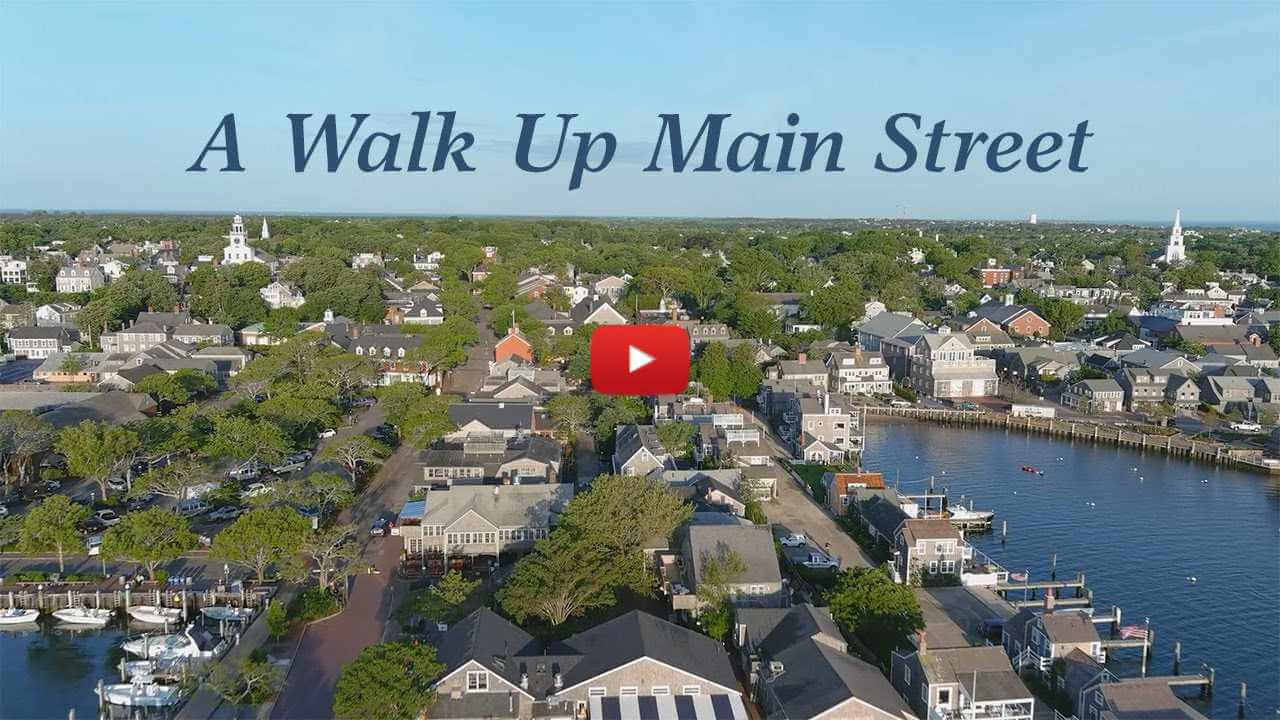 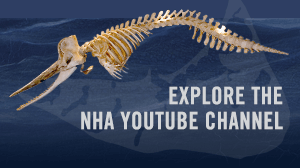 Give to the NHA

Gifts to the Annual Fund support every aspect of the NHA in order to achieve its mission and open the...More Read more from Give to the NHA 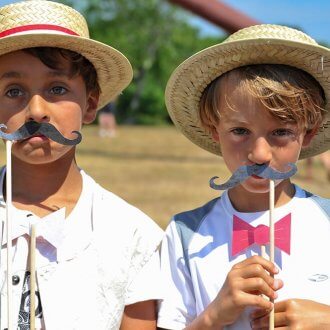 Learn about the benefits of NHA membership The Nantucket Historical Association is a 501(c)(3) not-for-profit corporation. The cost of all...More Read more from New and Renewal Memberships 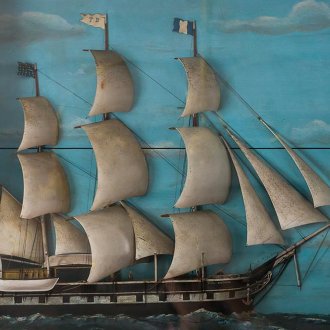 Your gift to the NHA keeps Nantucket history alive.