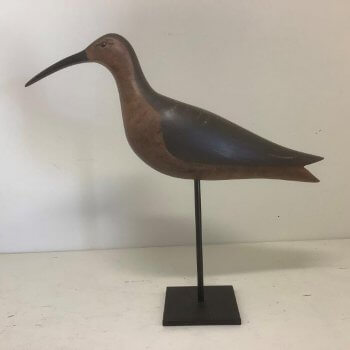 Learn to carve and paint an Eskimo Curlew Shorebird decoy.   This decoy is inspired by a recent acquisition to the NHA collection by the Friends of the NHA.

The Eskimo Curlew was one of the most prized birds hunted for sport on Nantucket in the late 19th century. It is now believed to be extinct due to overhunting. This decoy was made by a member of the Folger family on island. It is hollow-carved and features relief-carved wings and a split tail.  Based on the NHA acquisition, students will carve and paint their own Curlew Shorebird.

Learn more about this new acquisition to the NHA collection here.