Every year, the NHA gives out awards to graduating seniors from Nantucket High School: 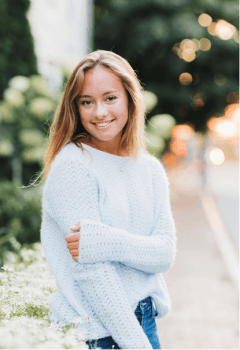 Caroline Correia has lived her entire life on Nantucket, raised by her parents, Stephanie and John Correia. She will be attending the University of Rhode Island in the fall of 2022. She will be studying Fashion Merchandising and Textile Marketing. While looking forward to her future, she will miss working with her PE Pals at Nantucket High School and Special Olympics. 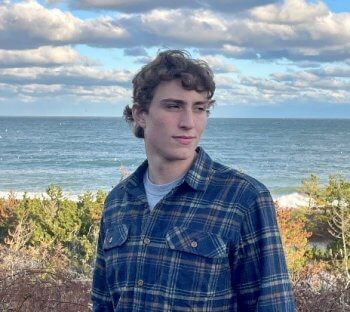 Caiden Shea was born in Boston and raised in Los Angeles and Pelham Manor, New York. He and his sister Miranda were homeschooled for a year that took them to Vietnam, China, Italy, and Costa Rica until moving to Nantucket full-time. While attending the Nantucket New School, Caiden experienced island life from little league baseball to Boys and Girls Club basketball, performing at Theatre Workshop and Dreamland stage performances, and appearing in the film Grey Lady.  Bonding with a great group of friends, Caiden attended Nantucket High School where his love for history took him to the NHA where he participated in We All Speak Moby Dick, a program for high school students that taught a wide range of skills designed to expose our multi-cultural community to Melville’s classic novel. Caiden also appeared in the Theatre Workshop’s annual stage production of Moby Dick Rehearsedl. After honing his teamwork and leadership skills as captain of the football and lacrosse teams, Caiden will attend Villanova University studying business and communication, and will explore new ways to connect his island home with the wider world. 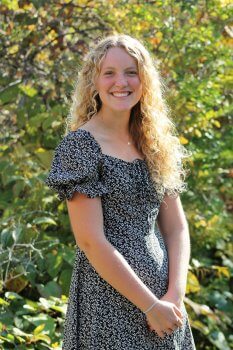 Maclaine Willett was born and raised on Nantucket her whole life by her parents Mark and Christa Willett, along with her older brother Camden, who attends Massachusetts Maritime Academy. While attending Nantucket High School, she played field hockey, basketball, and softball. She also wrote for Veritas during her sophomore and junior years, and became an editor-in-chief senior year. She is very social and loves to spend time with friends as much as possible. She will be attending Boston College in the fall, and is undecided on a major right now, but is leaning towards English with a concentration in journalism. 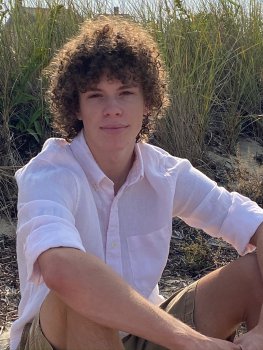 Boden Corbett was born and raised on Nantucket by his parents Kelly (Michetti) and Scott Corbett. Along with his three siblings Isaac, Porter, and Tatum, Boden is a 13th generation Nantucket native. During his time at NHS, he played on the varsity ice hockey team, acted as a Nantucket Community School summer camp counselor, and enjoyed making people laugh with his quick witted humor. With the strong belief that health is wealth, Boden will be attending Framingham State University with plans to pursue a career in psychotherapy. 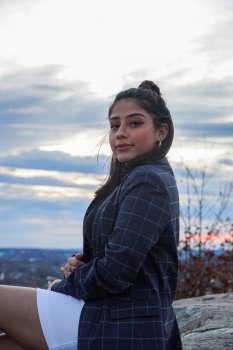 Bishaka Dhamala was born and raised in Nepal and moved to Nantucket at the age of eleven. Raised by her father, Bishnu Kumar Dhamala, her brother Sabin Dhamala and without a female figure, she learned to stand firm as a rock with a positive perspective despite the challenges. Throughout her time at NHS, she built various relationships with her teachers, counselors, community members, coaches, and friends. She is very thankful to Nantucket for giving her numerous opportunities to become who she is today, and in the future, she looks forward to giving back to the community by using her voice and knowledge to help other first-generation students like herself. She will be attending University of Massachusetts Amherst to study biochemistry and molecular biology. 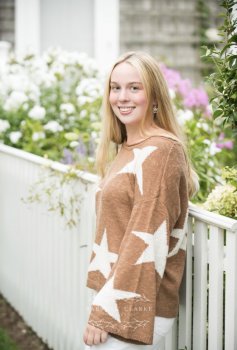 Grace Hood has lived on Nantucket her whole life. She grew up with two siblings, Zak and Marin, and her parents Lisa and Andrew Hood. Grace has enjoyed the opportunity to travel to many places with her family, including Scotland (where her dad is from), Puerto Rico, Costa Rica and Mexico. One of her most memorable trips was when she traveled to China with her Chinese class to volunteer and also learn more about the culture. This past year, Grace mentored at the Nantucket Boys & Girls Club to help provide a safe and fun environment for young children. Throughout high school she has served as class secretary and financial director for the school newspaper, Veritas. She has also played lacrosse and joined the new Nantucket High School girl’s hockey team. Grace’s interests involve current social, political and environmental issues. In the fall of 2021, Grace will be attending the University of New Hampshire to double major in the Justice Studies Program. 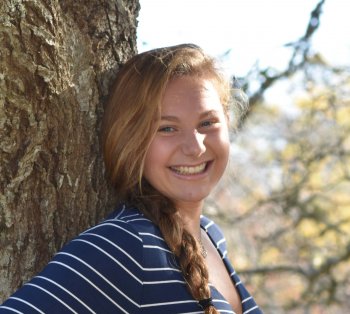 Madison Iller is a fifth generation Nantucket Native. She is proud to have over 150 hours of community service hours: serving for her church, Nantucket Dance Works and the Maria Mitchell Association. She plays Varsity Soccer and Swim, is an active member of the National Honors Society, bowhunts with her father, participates in NHS musicals, works for the Harbor Master during the summer and teaches dance classes to toddlers each weekend. She is excited to attend to The George Washington University in the Fall of 2021. 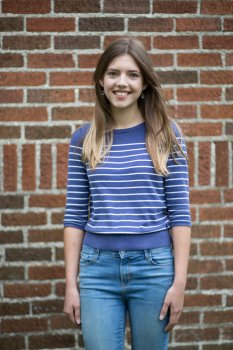 Tori Dixon was born and raised on Nantucket. Her interests at the present include sociology, environmental studies, art, business, and Mandarin Chinese. She has enjoyed volunteering for the Maria Mitchell Association, Nantucket Lightship Basket Museum, ASAP Board, and other organizations. She is a member of the Student Council, National Honors Society, Chinese Club, Students for Sustainability/Environmental Club, and Art Club. She will be attending Northeastern University in the fall of 2020. 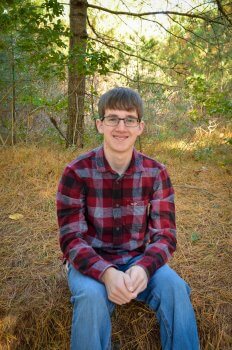 Caleb Mailloux has lived on Nantucket his entire life, being raised by his proud parents Barry and Tracy.   A founding member of the NHS Latin Club, Caleb is also a member of the Quiz Bowl team, Math Club, and Game Club.  A life-long reader, Caleb participated in Nantucket Atheneum’s programs from a young age and joined the Teen Advisory Board in 2014.  Caleb will attend Rochester Institute of Technology majoring in microelectronic engineering. 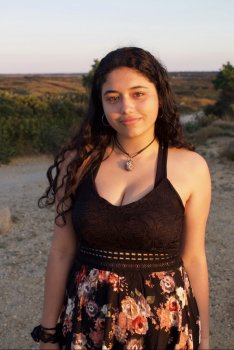 Maria Silva Marchi has lived on Nantucket since she was 10 years old. During her time at NHS, Maria has dedicated her time into helping the community and playing soccer for NHS and NSC. Maria has even taken a trip to Puerto Rico with Interact Club to deliver supplies to schools that were left devastated by Hurricane Irma and Hurricane Maria. In addition to her volunteer work, Maria is an intern at our local hospital, Nantucket Cottage Hospital, and Vice President of Interact Club. Maria is excited to attend Husson University in the fall season of 2020, and earn her Bachelor of Science in Nursing degree. 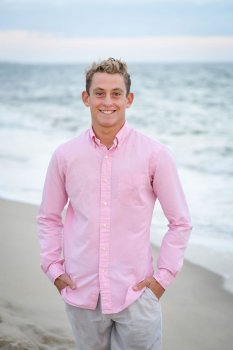 Jarret O’Connor has lived on Nantucket all his life with his two brothers, Dylan and Shane O’Connor, along with his parents Scott and Logan O’Connor. A sports enthusiast, Jarret participated on the football, baseball and swim teams in school and also loves to surf and downhill ski.  In high school he was a member of the Latin, Spanish, and Business clubs, as well as President of the Surf Club. His love of the water pulled him to get involved with the Nantucket Shark Protection program.  His senior year, Jarret worked with the Nantucket Historical Association for school to career under the supervision of Karl Wietzel. Next year, he will be majoring in history/political science. 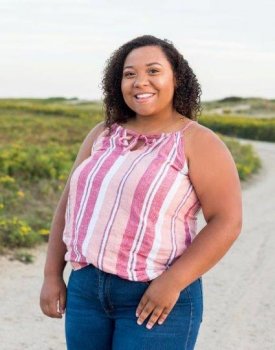 Tahlia Francis has lived on Nantucket Island since she was two days old, after being born in Boston, MA.  Tahlia lives with her mother, Heather Francis, her father Devon Francis, and her brother Dj Francis.  She has participated in both field hockey and tennis, for the school sports program.  Tahlia has been involved in the drama club, SAFEE, and the crime and conspiracy club.  Tahlia has been working with Alex Rosenberg, at the new Intermediate School, for her school to career course.  Tahlia chose to work with Alex to expose herself to social work, and the mental health issues children are facing. In August of 2019, Tahlia is very excited to attend Penn State University, and major in nursing. Her long term goal is to obtain a Master’s degree in Nursing as a  Psychiatric Mental Health Nurse Practitioner. 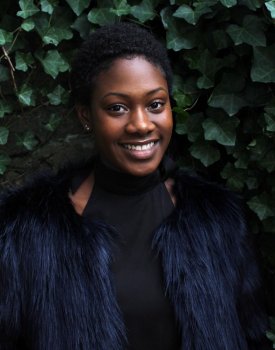 Britney Anderson was born and raised on Nantucket. I have been the president of the Diversity club and co-president of the Black Student Movement club during high school. In addition to these positions, I have been a student council member and youth group president. I enjoy volunteering around the island. I have always loved art and desired to have a career in the field. I will be attending my dream school, Parsons School of Design in New York City this fall. 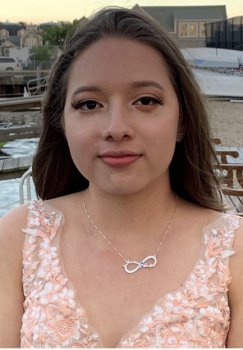 Marta Saravia has been a participant in the NHA high school intership program and a was a finalist for the Nantucket Golf Club scholarship.  She plans on attending Saint Anslem College to study international relations and law. 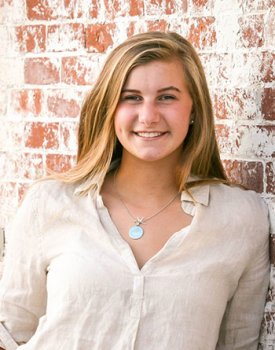 Kayla E. Hudzik born and raised on Nantucket by her parents, Thomas Hudzik and Jane Ziesing. Kayla has a great appreciation for Nantucket’s history, her community and enjoys giving back too by volunteering her time with various local organizations. In August of 2018, she will begin her studies at Lynn University in Boca Raton, Florida. 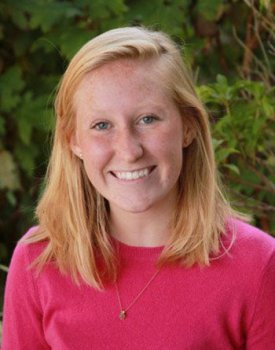 Caroline Richards has lived on Nantucket since she was two with her mom Laurie and her younger brother Mookie. During her time at NHS Caroline was president of her class for three years, captain of her sailing and soccer teams and editor-in-chief of Veritas. After high school, she is excited to be attending Trinity College in Hartford, CT.

Sonya Martel was born on the island to a family of Nantucket natives and always felt fortunate to grow up in such a supportive community. Sonya has tried to stay close to her native roots by studying Nantucket’s history, and by volunteering in community events. In August of 2017, she will begin her studies at Franklin Pierce University in Rindge, New Hampshire.

Jacob Aloisi was born and raised on Nantucket by his parents Lynne and Sam Aloisi. During his time at NHS, he served as a class officer and captain of the swim team. Always drawn to the ocean, Jacob will be attending the United States Coast Guard Academy as a cadet after graduating NHS with honors this past spring.