NANTUCKET, MA – The Nantucket Historical Association is pleased to announce it has been gifted additional items relating to the life of U.S. Navy Commander John Franklin Walling, who was lost at sea in 1945 while commanding the submarine USS Snook during World War II. 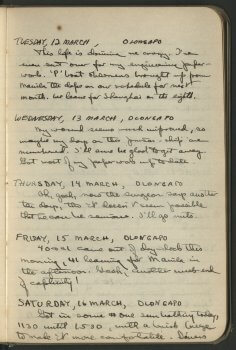 This past August, the NHA announced it would receive Commander Walling’s commissioning sword from Raymond F. DuBois, who received it from his mother, Annabella Walling DuBois, Walling’s widow.

Following this announcement, the NHA was contacted by Susan Carpenter, whose grandparents and mother had been dear friends of Annabella Walling and who, remarkably, was in possession of Walling’s diaries from 1933 to 1940. After years of trying to find someone to return the diaries to, she was delighted to place them in the NHA’s care to accompany Commander Walling’s sword. They record Walling’s time at the U.S. Naval Academy and his early years in military service.

In addition to the serendipitous gift of Walling’s diaries, Raymond F. DuBois and his family discovered a trove of photographs and documents related to Walling’s life and naval career, including the letters to his wife during World War II that pick up where his diaries leave off. The DuBois family has presented these to the NHA in honor of Annabella Walling DuBois. 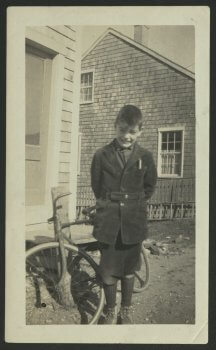 “The NHA is delighted to receive these incredible gifts to accompany Commander Walling’s sword,” said Michael R. Harrison, the NHA’s Chief Curator and Obed Macy Research Chair. “They provide important details about his life and military service, and they help the NHA to tell richer stories about the islanders who have served in the nation’s military branches over 200 years.”

The Nantucket Historical Association extends a special thank you to Raymond F. DuBois and his family, as well as Susan Carpenter for their generous gifts to the NHA’s collection that will allow for a complete story to be told to honor the life of Commander John Franklin Walling through further research and future exhibitions.