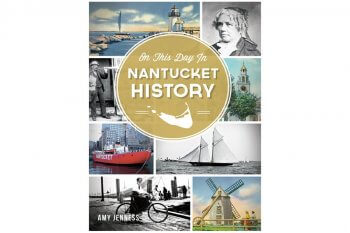 Nantucketer Amy Jenness shares her research on what happened On This Day In Nantucket History one day at a time for the past seven days. These excerpts offer up quirky and fascinating stories of the people and events that shaped this remote island. Check the NHA home page each day to catch up on what happened today in Nantucket history.