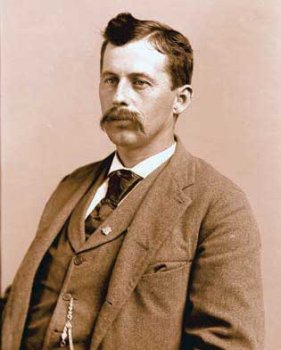 Frederick S. Chadwick was born on Nantucket to Reuben Chadwick and Elizabeth Randall. He lived much of his life in a house at 4 Pine Street that he and his two sisters purchased in 1874 when they were teenagers. Chadwick married Mary Louisa Folger in May 1882.

Chadwick was a carpenter by trade, as well as a fisherman, but filled many other odd jobs during his life. He was keeper of the almshouse from 1900 to 1911, became attendant at the New York Yacht Club station on Steamboat Wharf starting in 1905, was first elected a town fireward in 1907, and served as an assistant fire chief from 1914 to 1919, working alongside Maurice W. Boyer, father of noted basket maker Sherwin Boyer. He and his wife, Mary, were keeper and matron of Our Island Home from 1920 to 1929, and he became dog pound keeper in 1921.

Chadwick began weaving baskets late in life. He learned the craft from Clinton Mitchell “Mitchy” Ray. Many of Ray’s students were from a younger generation, but Chadwick was 20 years older than Ray. In 1933, Chadwick’s work was chosen, along with that of Ferdinand Sylvaro, for a display of Nantucket handicrafts shown in Washington, D.C. Sculptor and Nantucket summer resident Henry K. Bush-Brown commented at the time, “Basket-making of this sort is a real Nantucket product, but there are barely half a dozen men on the island to-day who can do this work—and when they go the ability to fashion such baskets may go with them.”