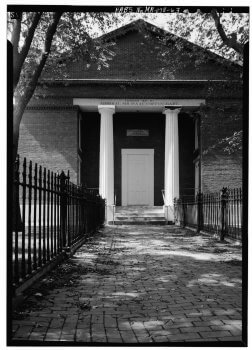 Coffin donated 2,500 English pounds for a school to give the descendants of Tristram Coffin, one of the island’s first white settlers, a traditional English education. The school opened on the corner of Fair and Lyon Streets with 130 children. In 1846, the school was closed, most likely due to the island’s declining population and economy.

It had opened and closed again by 1903 when, in partnership with the public schools, it offered high school students classes in the vocational arts. By 1941, the Coffin School was a part of the public school system and classes continued there until 1978.