Service animals are welcome to visit Greater Light. We follow the Federal government’s guidelines on service animals. The NHA welcomes dogs that are individually trained to perform a task or work for a person with a disability, but please leave pets at home.

A wheelchair-accessible restroom is located on the first floor of the house for Historic Site visitors.

Greater Light, located at 8 Howard Street, was the summer home and studio of Gertrude and Hanna Monaghan, two independent, highly educated, unmarried Quaker sisters from Philadelphia. Gertrude (1887–1962), a professional artist, and Hanna (1889–1972), an actress and author, first came to the island in 1923, renting a small studio near the harbor.

In the early twentieth century, Nantucket was a place of quiet beauty and simple living that appealed to a small group of artists who gathered on the island during the summer season. The Monaghan sisters were part of what is now referred to as the Nantucket Art Colony, which thrived on Nantucket in the 1920s, 30s, and 40s.

Originally built around 1790 as a livestock barn, the sisters discovered Greater Light in 1929 when they followed a herd of cattle up Main Street. Enthralled, they purchased the dilapidated building and set about transforming it into their own summer oasis, adorning it with cast-off architectural elements, decorative objects, and eclectic furniture. Their personal aesthetic blended art and whimsy with an appreciation of unique handcrafted works—woven, carved, forged, or painted—that coalesced in an environment that is a monument to their spirit.

The garden, once a barren barnyard, was a key feature of the sisters’ vision for Greater Light. Imagined as an extension of the interior living space, the patio and garden formed a venue for meals and gatherings and connected the house to Lesser Light, the Monaghans’ rental cottage next door.

From a simple but solidly built eighteenth-century barn of beautiful proportions, they created a magical space that lovingly illustrates the era of Nantucket’s history when an art colony thrived in the sleepy island community.

Learn more about the history of the Greater Light

New Decorative Arts Workshops are coming to Greater Light. The house and grounds are the perfect setting to continue artistic pursuits that are in keeping with the Monaghan tradition.

Learn more about how the Monaghan sisters transformed a pig barn into an art studio and summer oasis. Hover shows the barn before it was discovered by the Monghan’s, ca. 1890.

Enjoy an in-depth interactive tour of Greater Light exploring the Monaghan’s prize possessions and their adventures of acquisition, in the words of Hanna and her friend Selena Johnson. Presented in 45 brief video segments.

See Hannah’s bedroom and retreat, much the same as when she last left it. Hover shows the bedroom ca. 1970s. 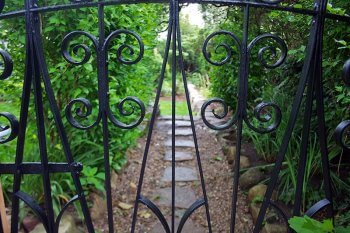 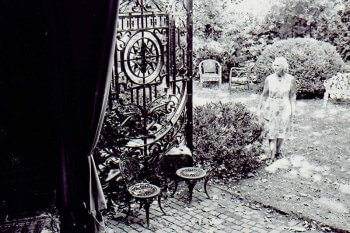 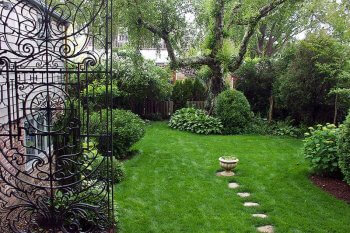 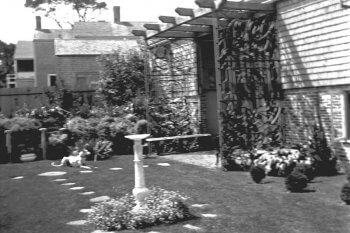 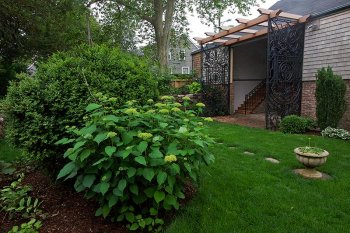 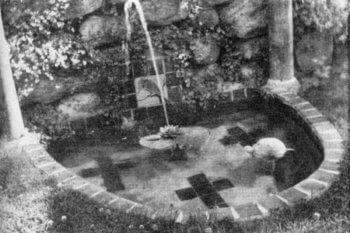 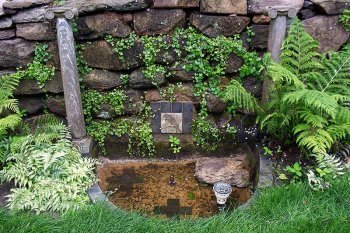 Enjoy the lush garden and learn how it was installed by the Monaghans with the assistance of a local “garden lady.” Click on the image for a view of the garden now and then.

The Nantucket Historical Association presents a short film by Nantucket photographer Beverly Hall honoring the creative legacy of Gertrude and Hannah Monaghan, the Quaker sisters who in the 1920s transformed an 18th century livestock barn into an art studio and iconic summer home they called “Greater Light.

You might enjoy these good reads before or after your visit. Available for purchase in the NHA Museum Shop.