The Oldest House has limitations of authentic 17th-century architecture and is not wheelchair-accessible. The first floor is entered through two steps and a wide door. Steep stairs to the second level may present difficulties for those with physical disabilities.

The property has gentle slopes and the gardens are wheelchair-accessible.

Service animals are welcome to visit the Oldest House. We follow the Federal government’s guidelines on service animals. The NHA welcomes dogs that are individually trained to perform a task or work for a person with a disability, but please leave pets at home.

About the Oldest House

The Oldest House on Sunset Hill, also known as the Jethro Coffin House, was built in 1686 and is believed to be the oldest residence on Nantucket still on its original site. The island’s English population at the time totaled several hundred, and the native Wampanoag outnumbered them by at least three to one.

Built as a wedding gift for Jethro Coffin (1663–1727) and Mary Gardner (1670–1767), the house represents the unity of two of the island’s oldest families. Jethro was the grandson of one of the island’s original proprietors, Tristram Coffin, and Mary was the daughter of John Gardner, one of the leaders of the so-called Half-Share Revolt, in which the island’s tradesmen rallied against the wealthier full-share proprietors. Although the relationship between Gardner and Coffin was never amicable, the marriage of Mary and Jethro helped unite the families and soothe old wounds. Built on Gardner land using Coffin lumber, the house is a physical manifestation of this unity.

By the late nineteenth century, the house was abandoned and had fallen into disrepair, but a Coffin family reunion held on the island in 1881 ignited renewed interest in the property. The NHA acquired the house in 1923, and four years later, the Society for the Preservation of New England Antiquities (SPNEA, now Historic New England), commenced an extensive reconstruction in an attempt to return the house to its historic appearance. The Oldest House was designated a National Historic Landmark in 1968. In 1987, it was struck by lightning, which caused extensive damage necessitating substantial repairs to and partial reconstruction of the roof and chimney. Today, the house stands as a monument to the lives of the island’s earliest English settlers and offers visitors a glimpse of daily life on Nantucket in the seventeenth century.

Efforts have been made to restore the landscape surrounding the Oldest House to an appearance more appropriate to its historic setting. The kitchen garden, located behind the house, is a reconstruction of a circa-1700 herb and vegetable garden and is maintained without the use of modern fertilizers, herbicides, or pesticides. Plants are grown in a raised-bed system typical of the time and include common vegetable staples such as carrots, onions, cabbages, and parsnips, as well as approximately thirty varieties of herbs grown for culinary, medicinal, or household use.

Learn more about the history of the Oldest House

Explore this hall-and-parlor dwelling, the sole structure in its original location that has survived from the 17th century. Hover shows the Oldest House, ca. 1860, one of the earliest photos of the house, with members of the Turner family posing for the camera. (PH18-13)

Tradition tells us that the Oldest House was built as a wedding gift for Jethro and Mary Gardner Coffin. Hear the story of their family and of 17th-century life on Nantucket. Mary Gardner Coffin’s portrait is attributed to Pollard Limner, ca. 1720. (1924.3.1)

See the great hall, the center of the family’s domestic life, especially in the
winter. Explore all the rooms in the house: the parlor, the lean-to kitchen, the borning room, and the second-floor bedrooms. 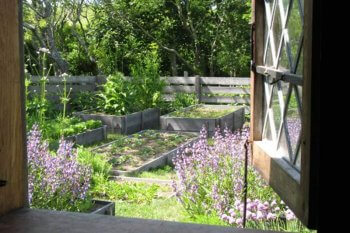 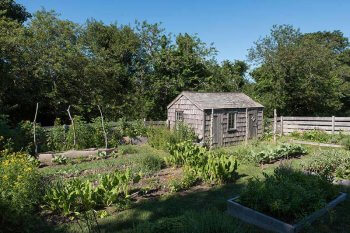 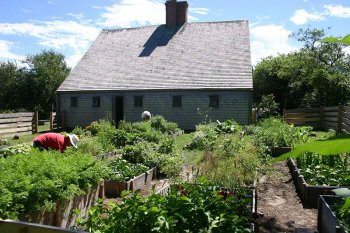 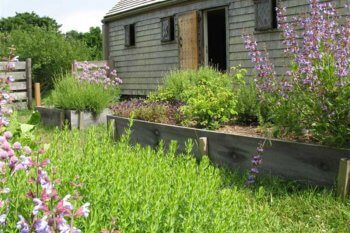 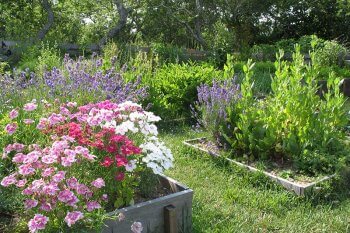 Wander through the kitchen garden, located behind the house, a reconstruction of a circa-1700 herb and vegetable garden, maintained without the use of modern fertilizers, herbicides, or pesticides. Click the image for a quick tour of the garden in season.

Private Events at the Oldest House