One of the finest talents of the Art Colony, Anne Ramsdell Congdon (1873-1958) began her artistic career painting delicate watercolor landscapes during summer visits to the island with her Nantucket-descended husband Dr. Charles D. Congdon. After early studies in Paris, she trained with an assistant of William Merritt Chase before coming under the tutelage of Charles Woodbury in Boston and in Perkins Cove (near Ogunquit, Maine). Woodbury’s use of bold colors, choppy, open brushstrokes, and heavy diagonals would be a major influence on the development of Congdon’s style prior to her work with Frank Swift Chase.

By the early years of the twentieth century, Congdon was an accomplished watercolorist and member of the Society of Arts and Crafts in Boston. She chose to withdraw to private life at the time to raise her two boys and manage an antiques shop in her home town of Nashua, New Hampshire, where her husband was a practicing surgeon (Congdon was the daughter of New Hampshire Governor George and Eliza Wilson Ramsdell). After a hiatus of over twenty years, Congdon returned to painting on Nantucket in 1926, newly inspired during her summer visits by the burgeoning Art Colony.When her husband retired in 1930, the couple moved to Nantucket on a permanent basis, occupying a home at 5 Orange Street.

Congdon soon befriended many of the leading figures of the Art Colony and became a regular student of Frank Swift Chase. Under Chase’s influence, her style developed from more thinly painted, smoothly finished works to heavily built-up canvases in which strong shading, sweeping blocks of color, and vigorous impasto create a freshness and vitality characteristic of her evolving style. Her typical subjects were the waterfront wharves, the Creeks, and the range of open pastures, moors, ponds, and lonely farms scattered across the island. According to tradition, she completed her paintings without significant later revision. If they did not satisfy her, she would abandon them entirely.

Congdon exhibited regularly at the Easy Street Gallery through the 1940s, as well as showing periodically at the Hope Chest by the footbridge in Siasconset and in Annie Alden Folger’s shop on Pearl Street. She was instrumental in the early years of the Artists Association of Nantucket and the Kenneth Taylor Galleries, where she was included in 1946 in a retrospective of five artists “of national importance” (including Henry S. Eddy, Edgar Jenney, Emerson Tuttle, and Eastman Johnson). She remained actively involved in the community, serving as a trustee of the Old People’s Home, a member of the NHA, and a founder of the Hospital Thrift Shop. Her legacy was in large measure preserved through the efforts of her son, Robert D. Congdon, who collected her works for posterity. 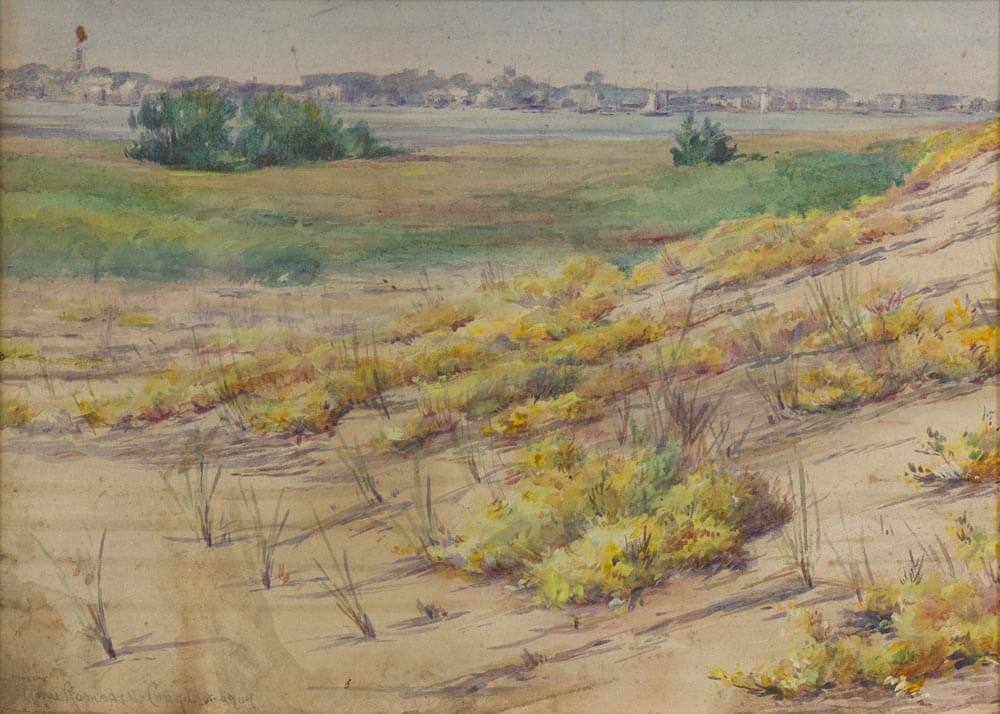 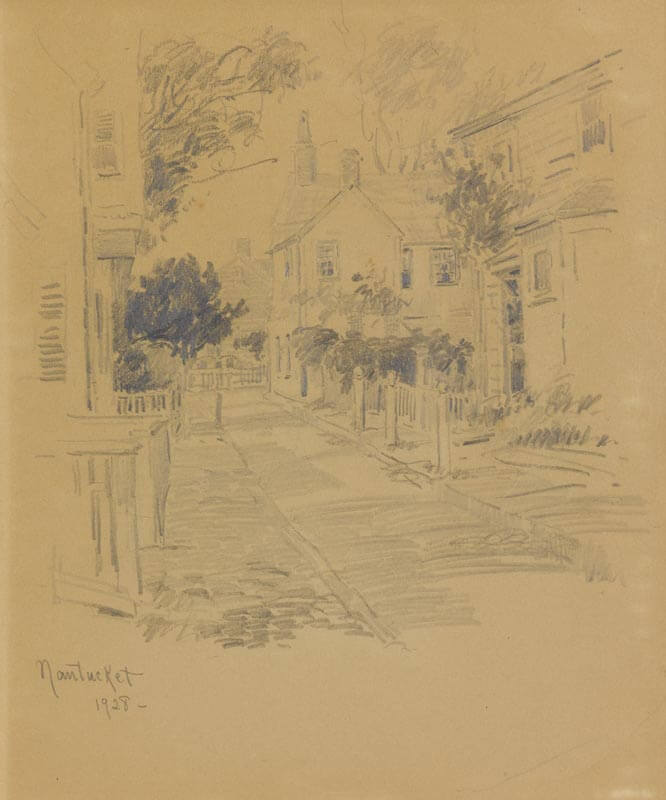 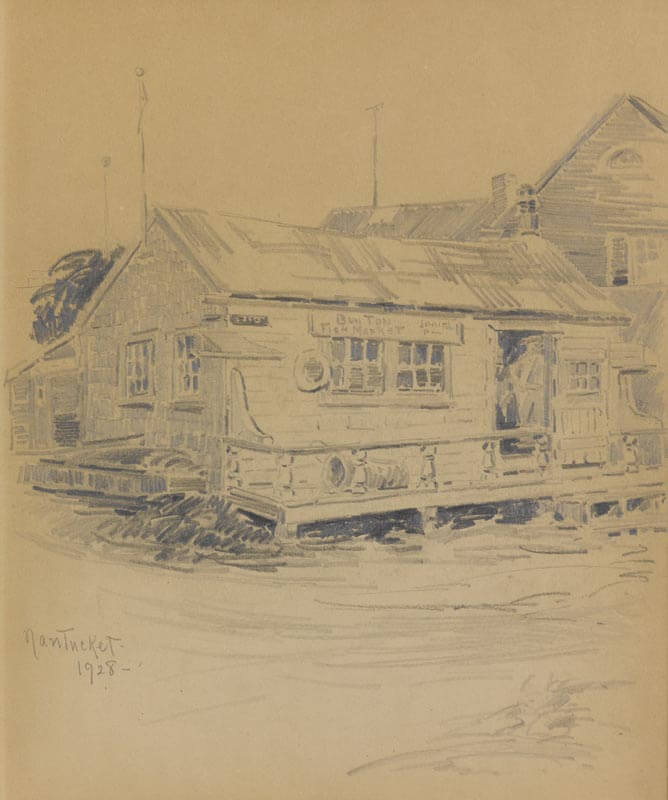 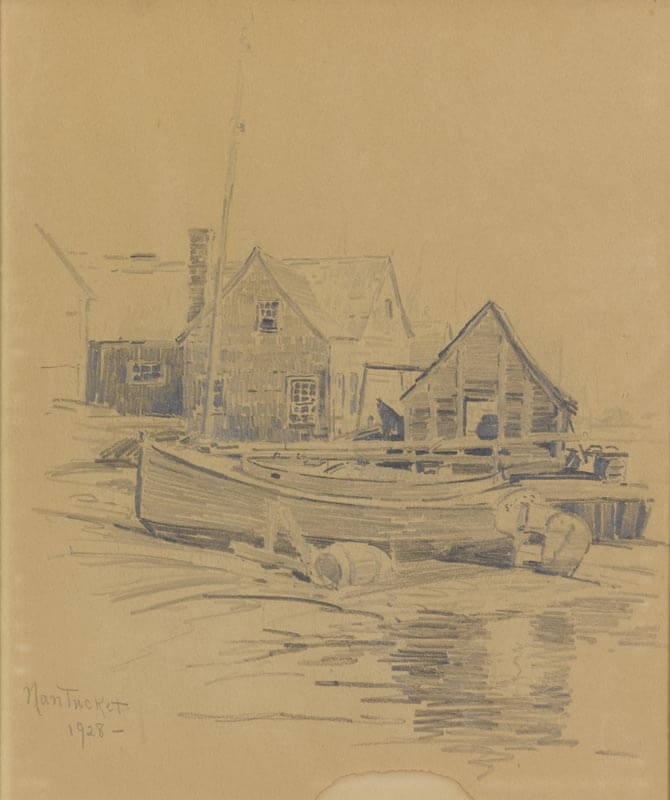 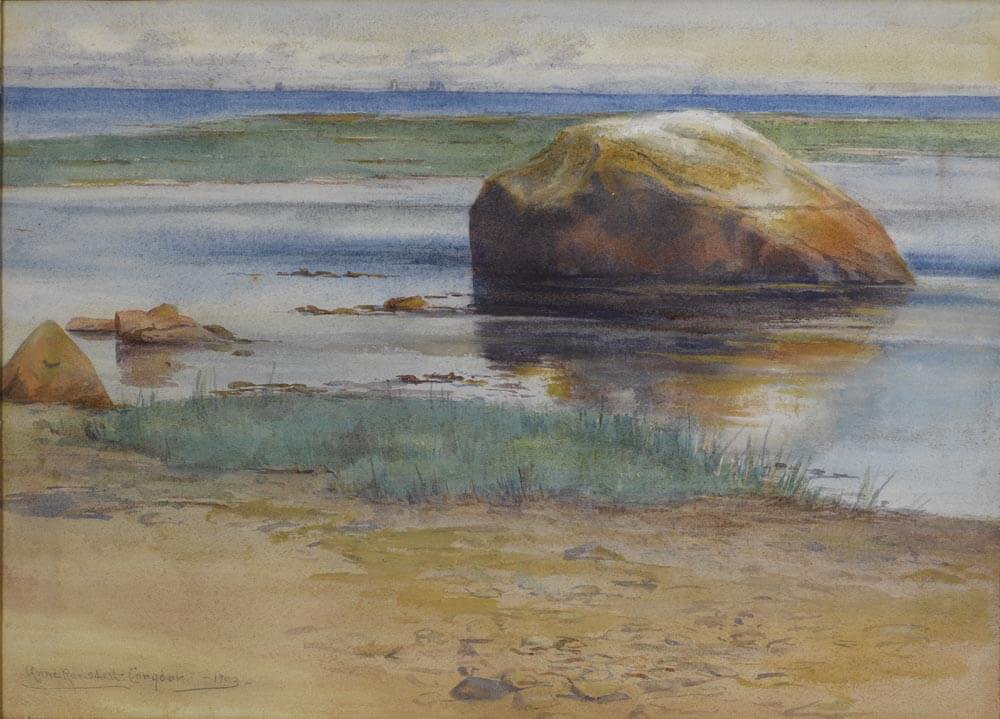 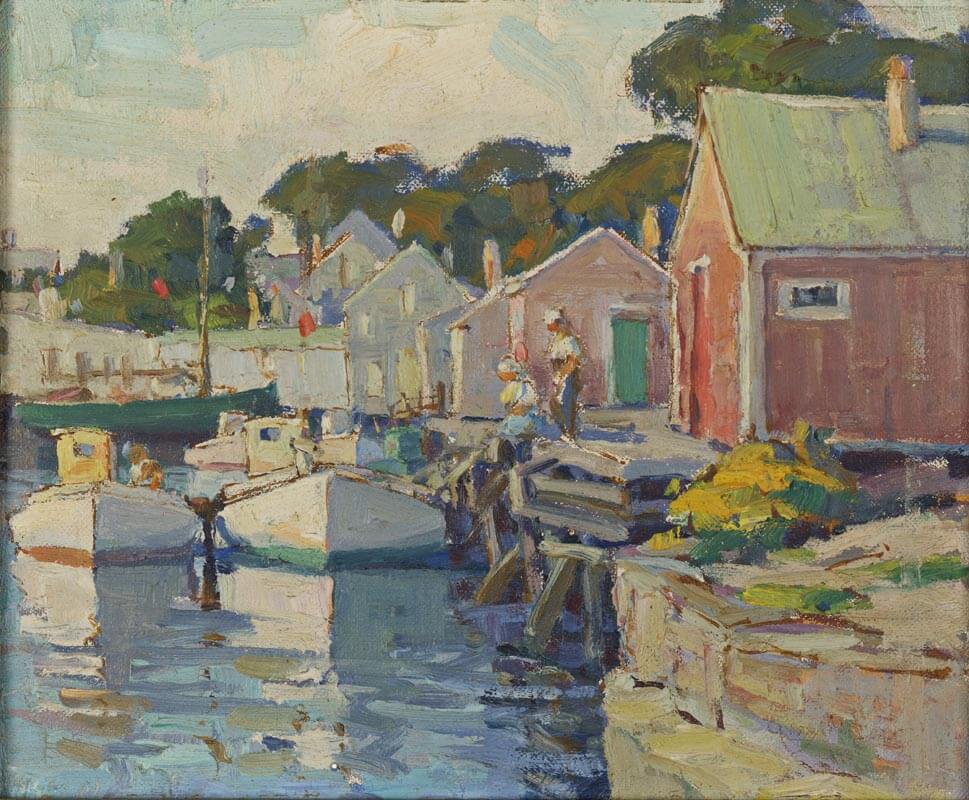 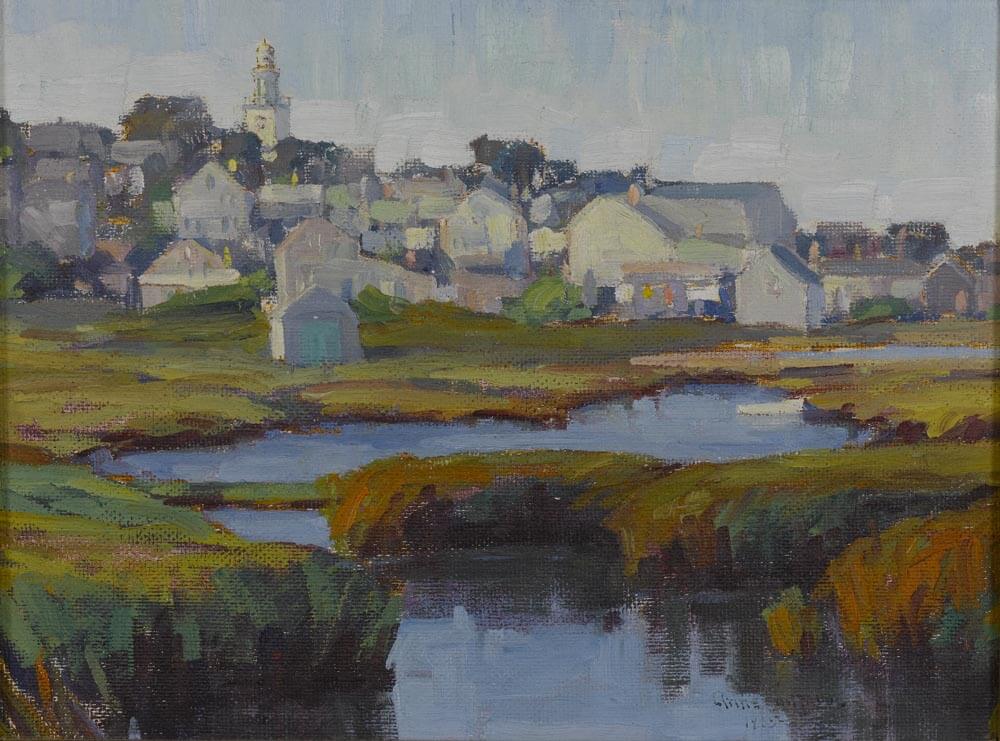 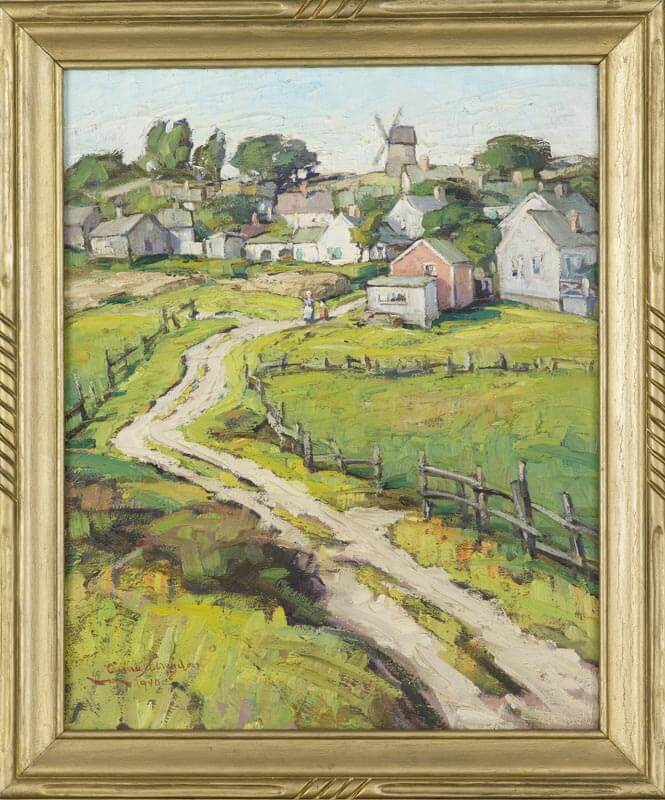 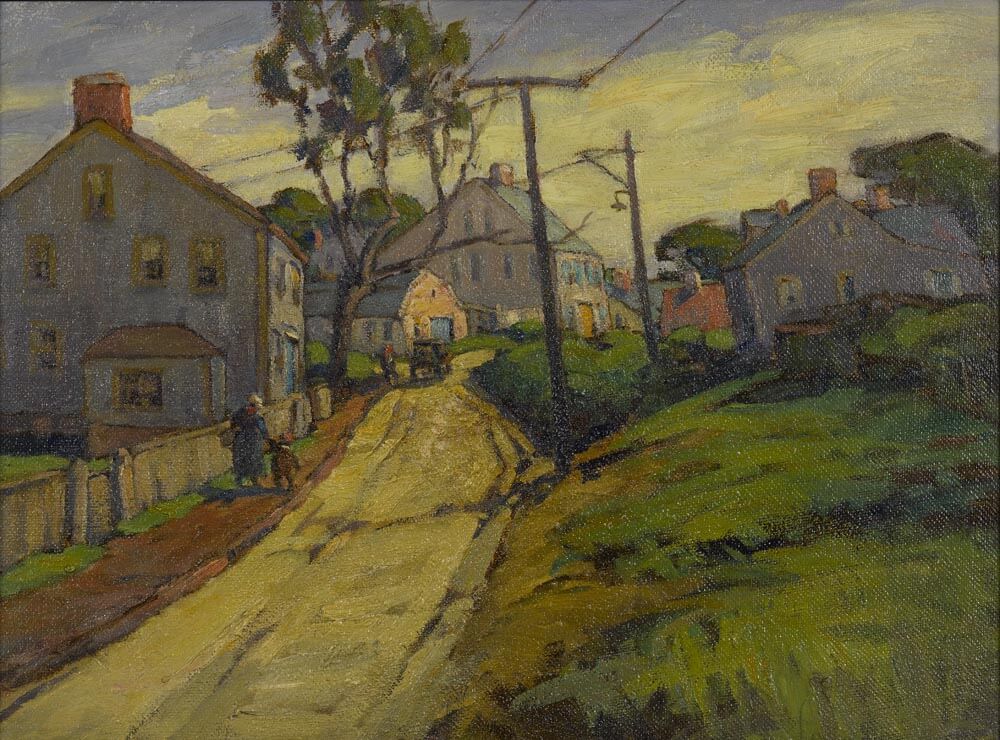 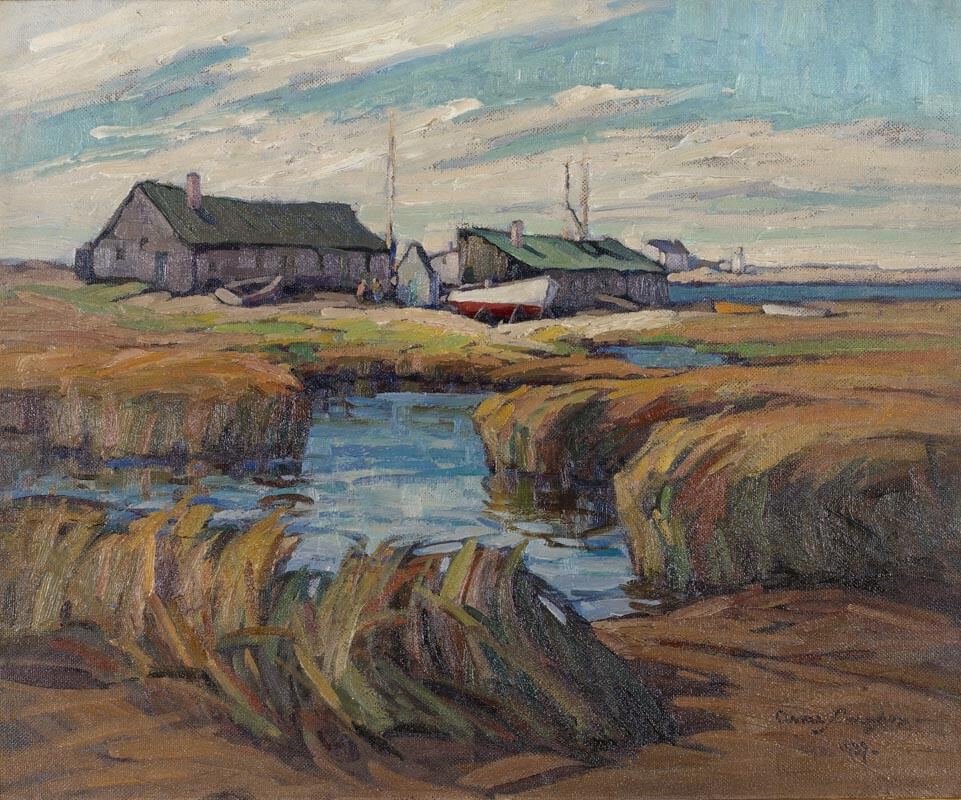 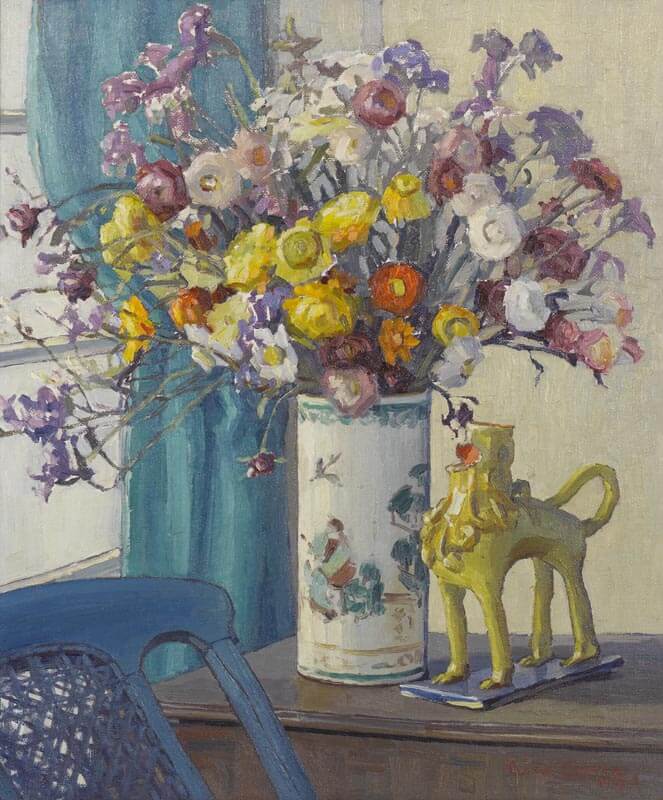 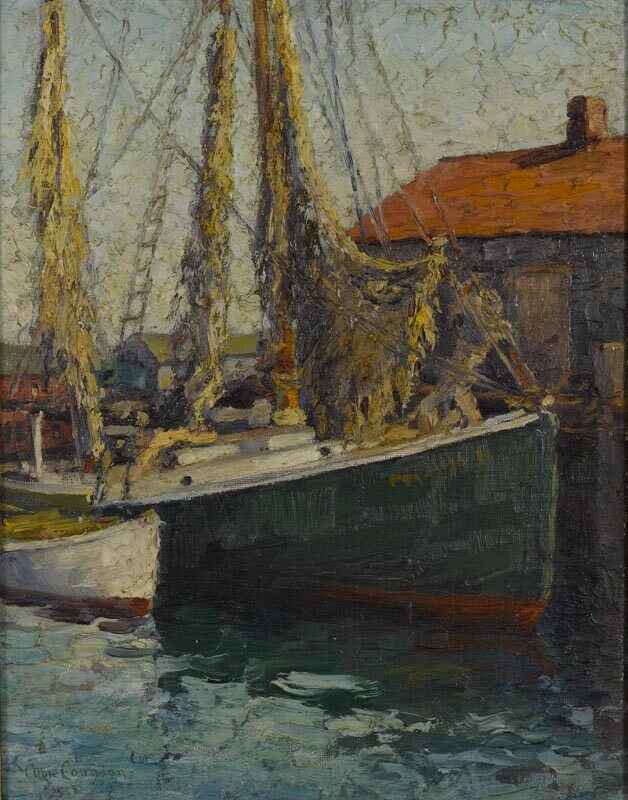 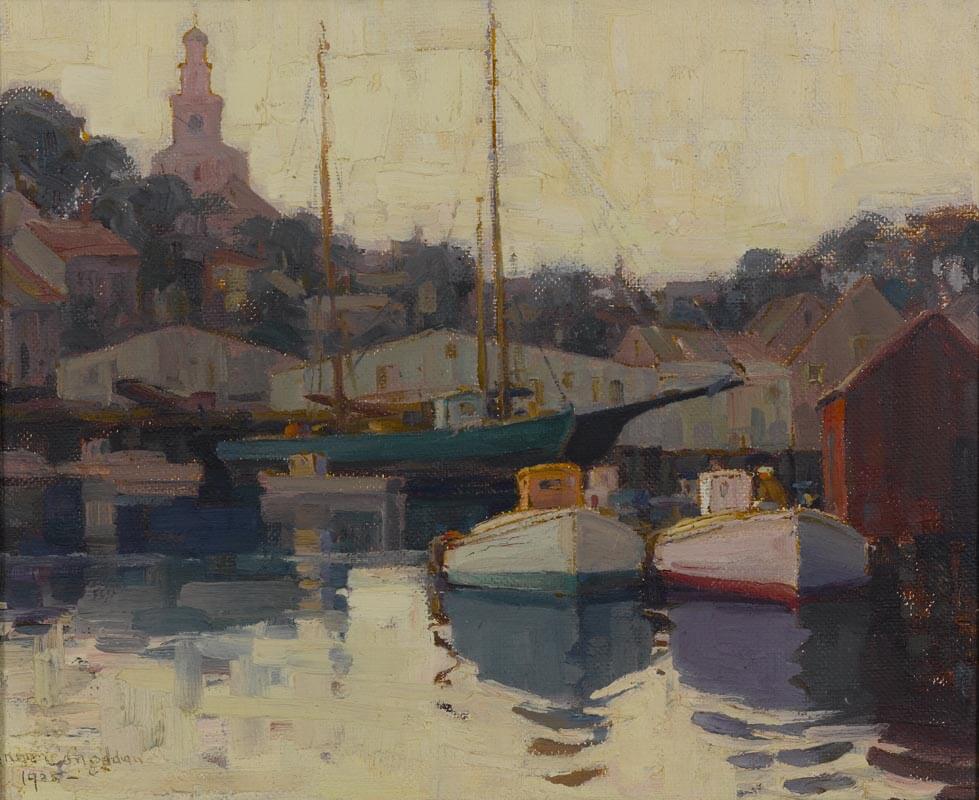 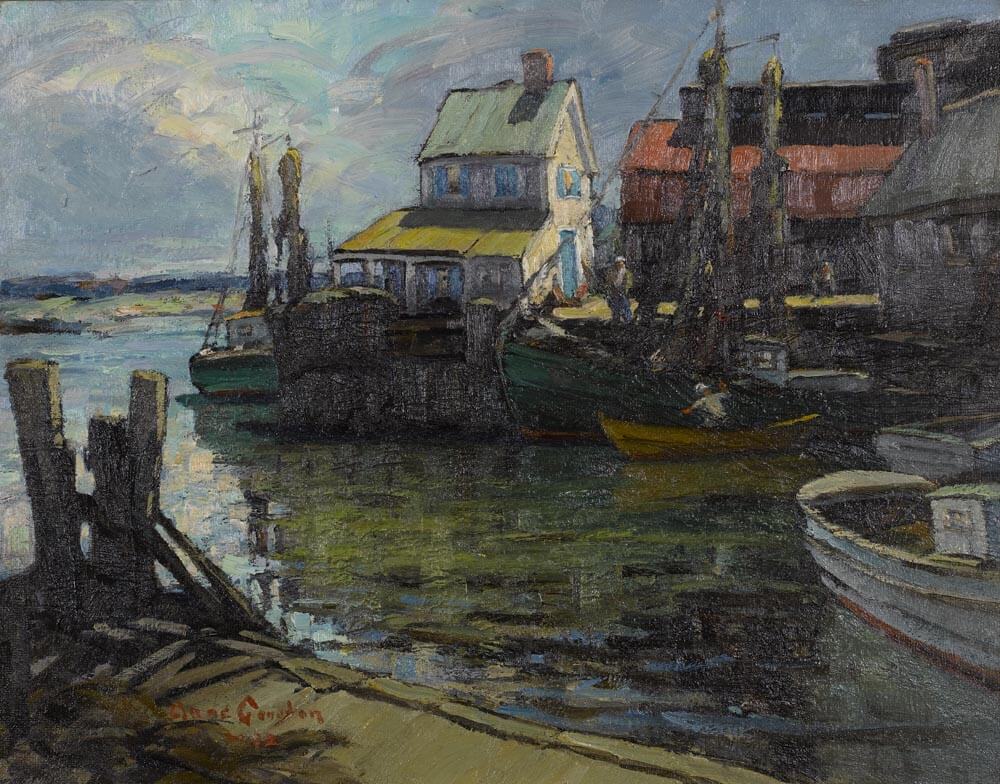 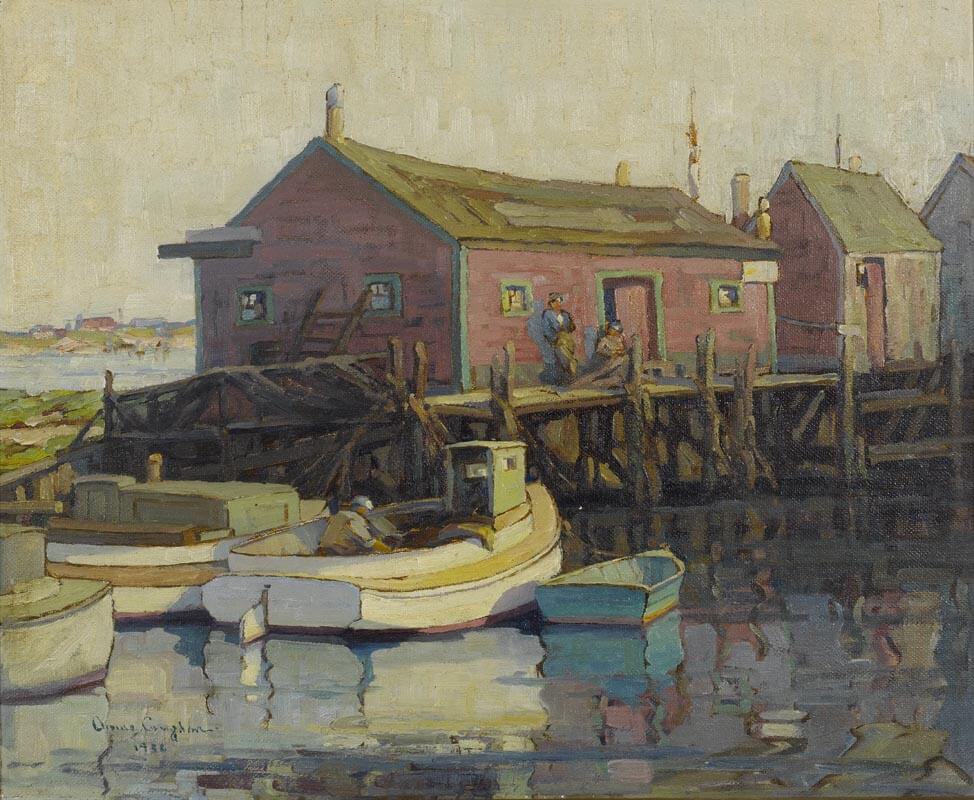 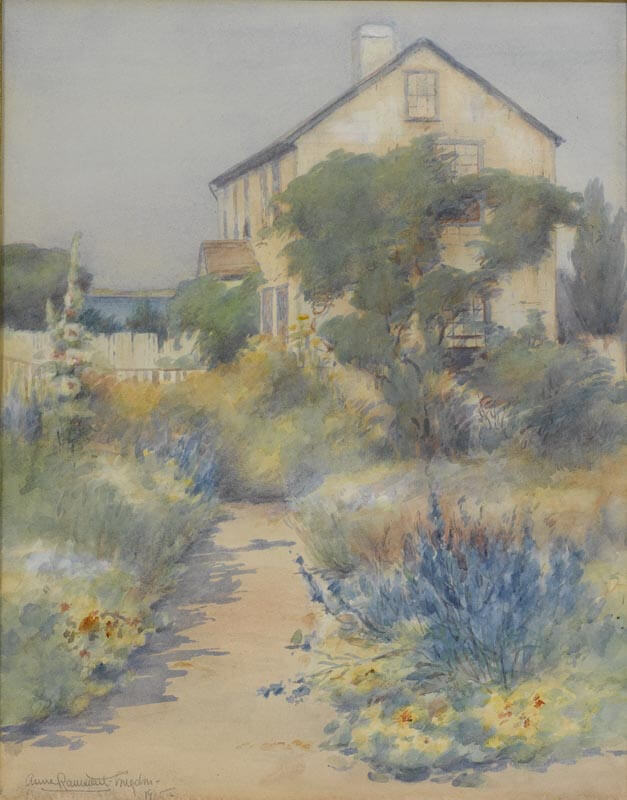 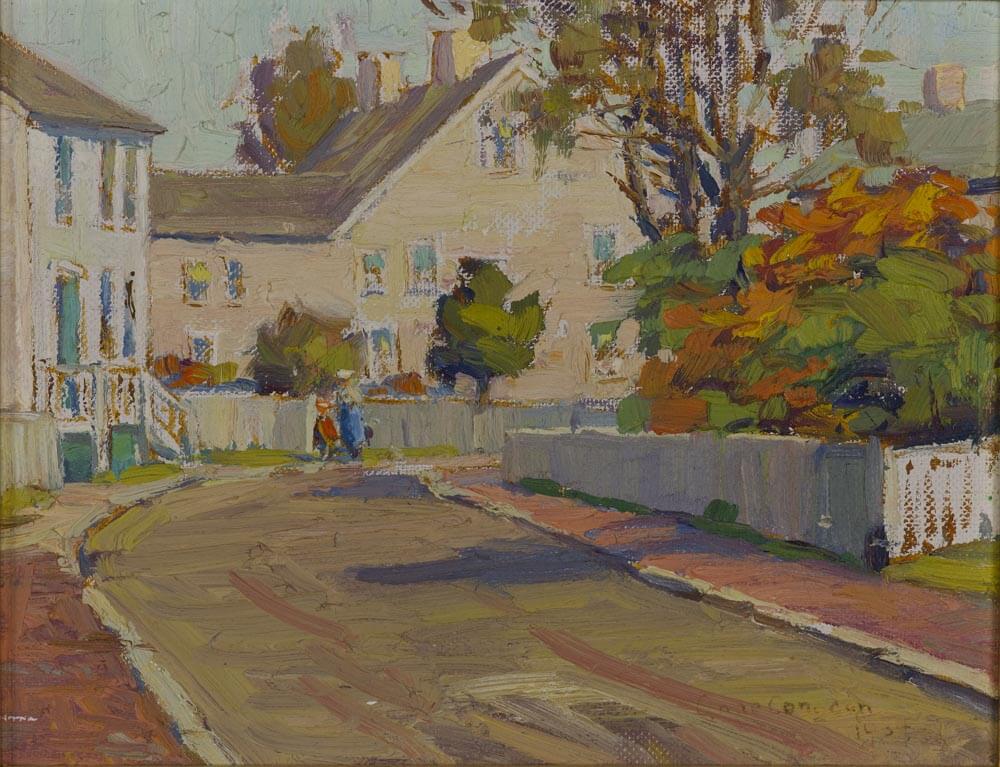 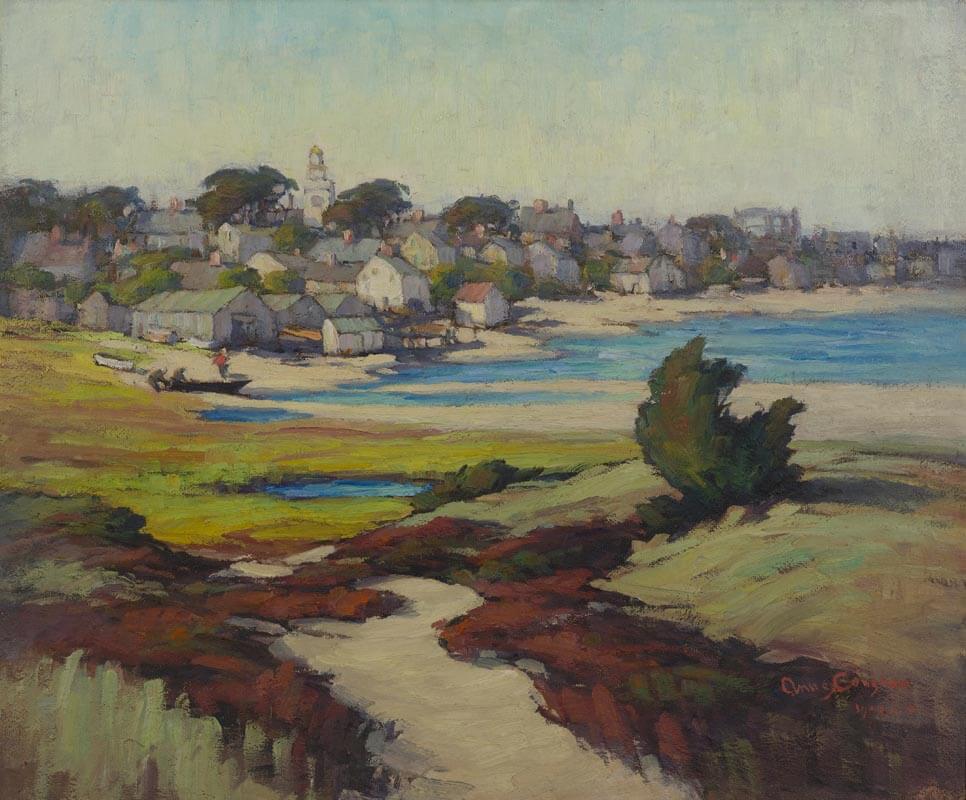 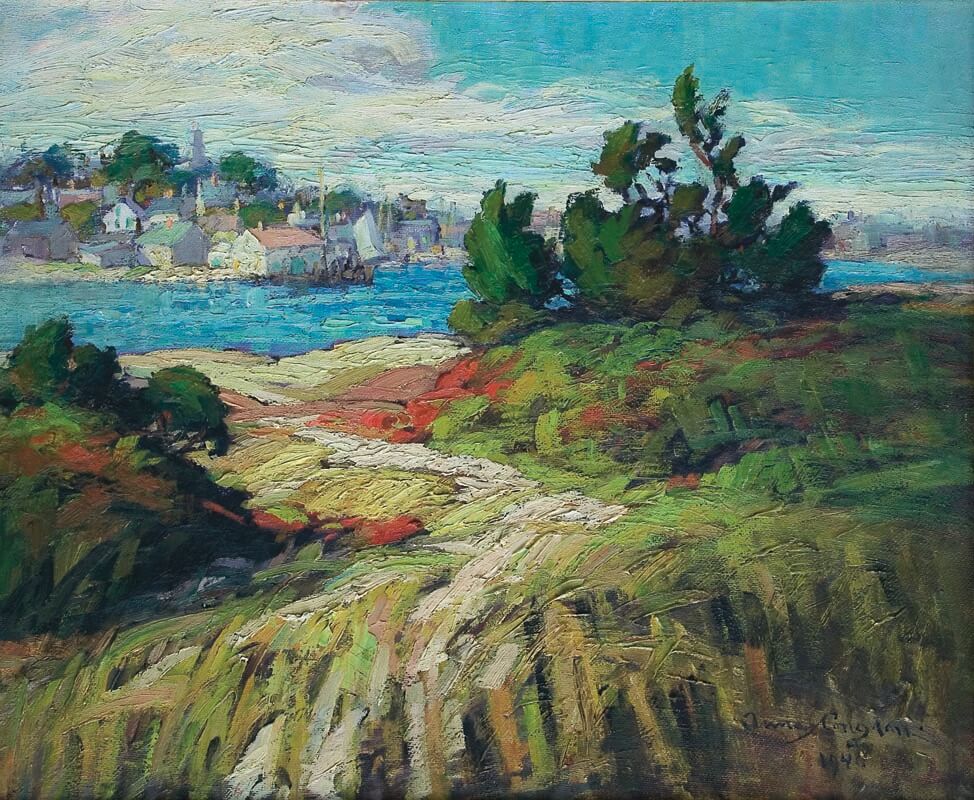 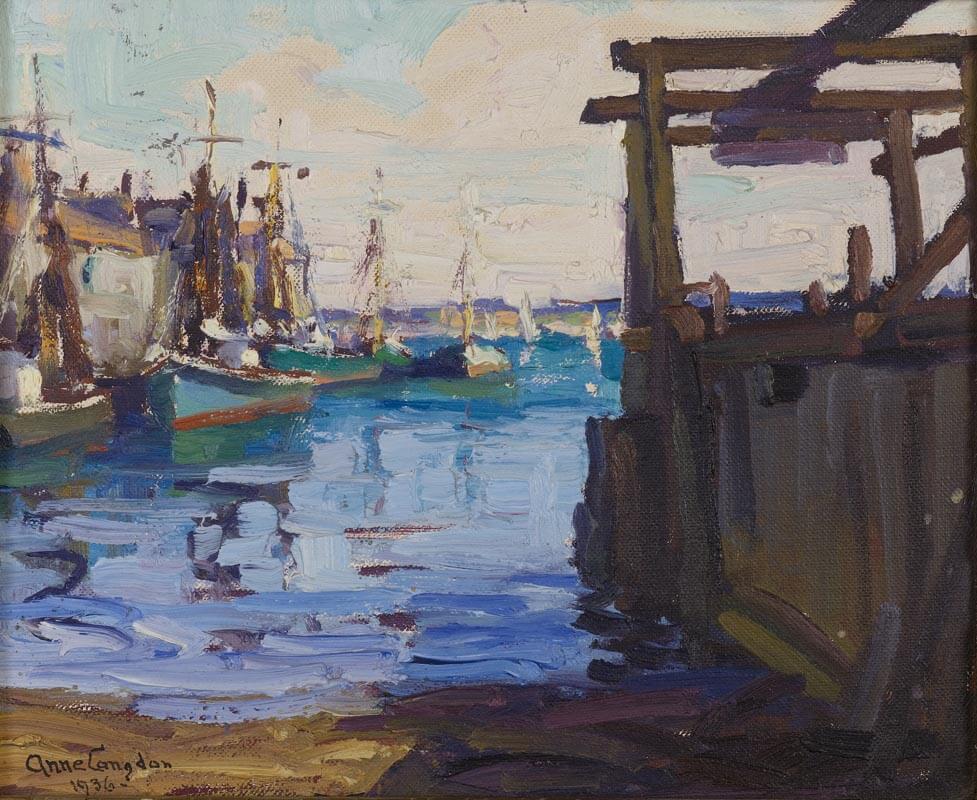