The career of Nantucket-born pastel artist Annie Barker Folger (1852-1936) is emblematic of the opportunities for women artists that arose in the last quarter of the nineteenth century. Folger attended Vassar College, where she developed lasting friendships with fellow islander Maria Mitchell and Nantucket descended Elizabeth Rebecca Coffin. She became a charter member of the Art Students League in New York City, which, unlike the more traditional National Academy of Design, admitted women students in its classes at an early date. The Art Students League would function for the next half-century as a primary breeding ground for accomplished artists working and living on Nantucket, well into the period of the Art Colony.

In 1896, Folger purchased property at 22 Lily Street (she was followed in 1897 by friend and fellow artist Elizabeth Rebecca Coffin, who moved into 23 Lily Street). On island, she developed a remarkable oeuvre of pastel works depicting streetscapes, still lifes, and landscapes of the island’s moors, beaches, and ponds. Her pastels of the winding lanes in her neighborhood and throughout Nantucket Town are lush and colorful evocations of turn-of-the-century Nantucket. As a colorist, Folger introduced a new degree of brightness and boldness, in noticeable contrast with the pervasively somber tone of her immediate predecessors.

Folger continued to paint on Nantucket well into the 1920s and served as an important link to the burgeoning art colony that was developing in the 1900s and 1910s. Her circle of friends included Elizabeth Rebecca Coffin, Virginia Guild Sharp, Emma and Mariana Van Pelt, and Helen Reed Whitney. She exhibited at many of the island’s early art outlets, including H. S. Wyer’s Corner Art Store on Federal Street, Annie Alden Folger’s store on Pearl Street, and the Coffin School fêtes organized by Elizabeth Rebecca Coffin in 1919 and 1923. During the height of the Art Colony, Folger showed at the Candle House Studio on Commercial Wharf and the Easy Street Gallery from its inception in 1924 into the 1930s. Folger was a founding member of the Maria Mitchell Association, a Life Councillor of the Nantucket Historical Association, and a trustee of the Nantucket Atheneum. She left eight of her pastels to the NHA upon her death in 1936. 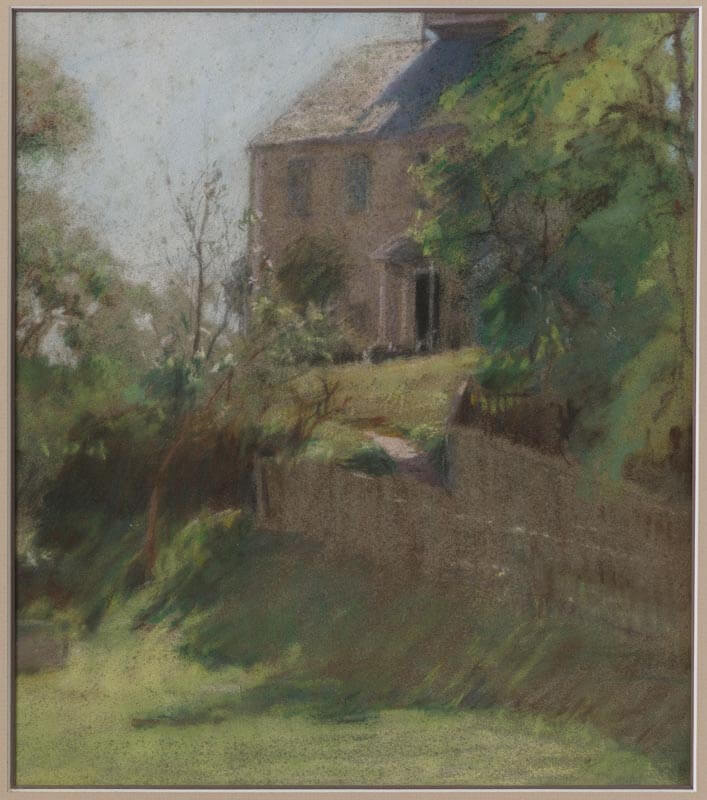 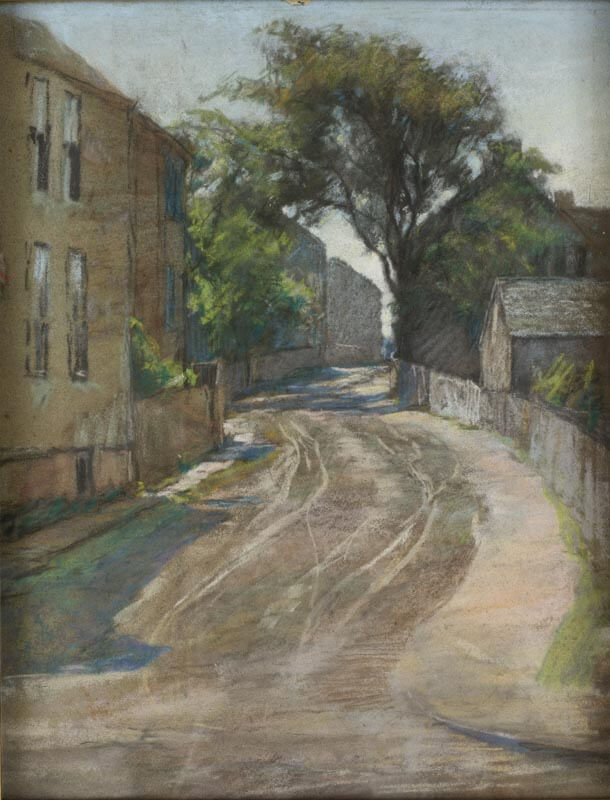 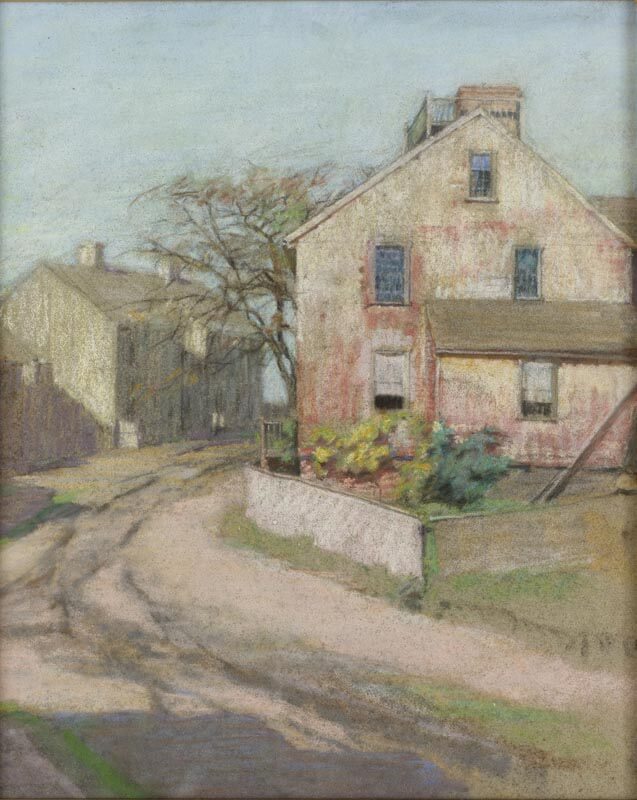 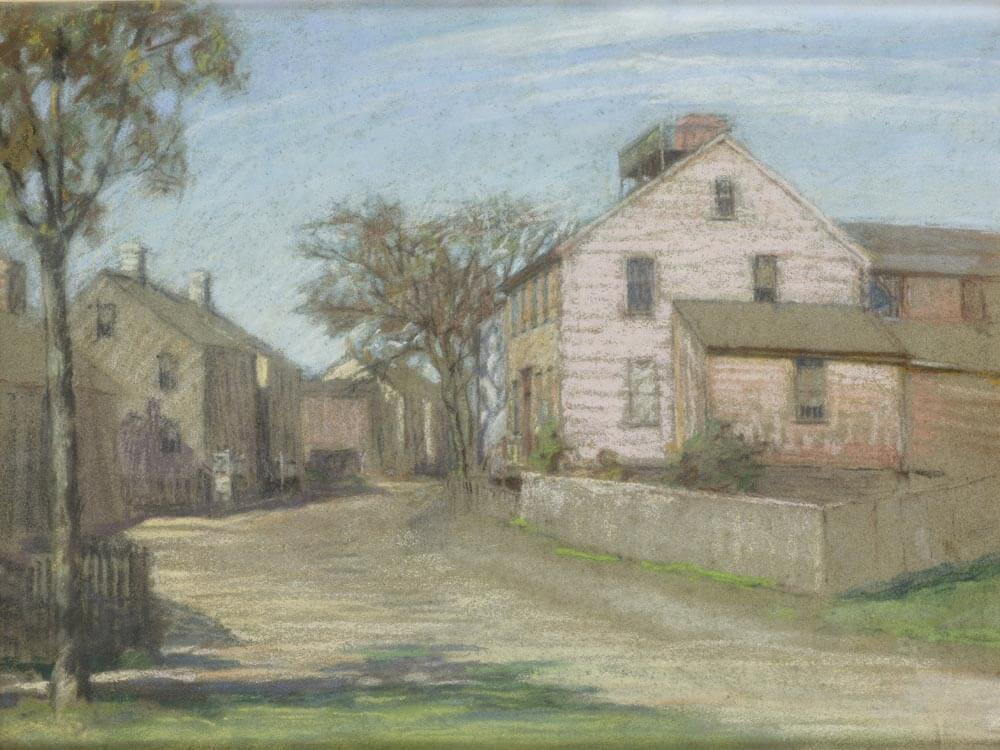 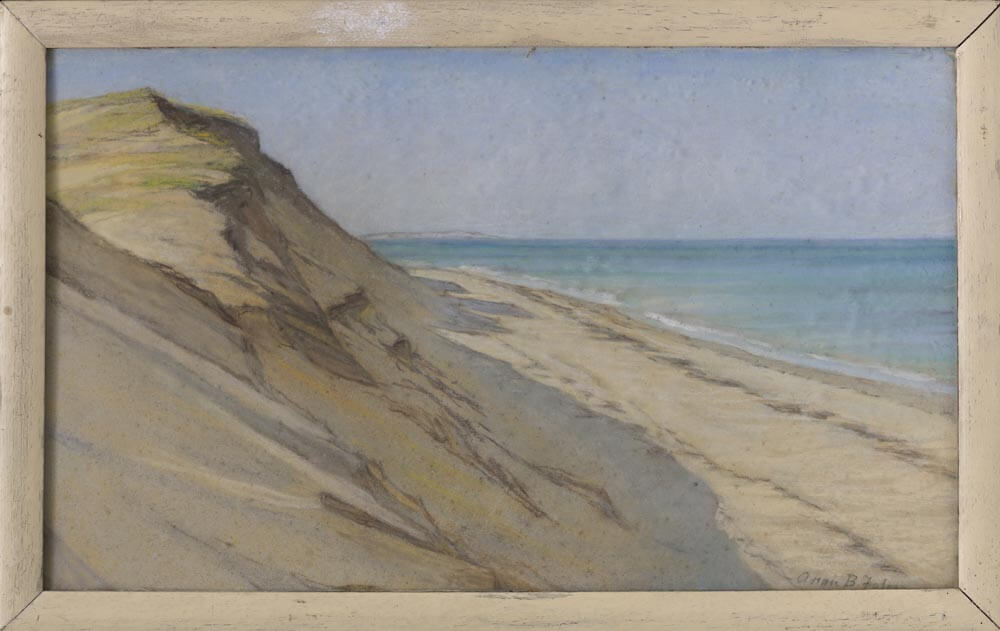 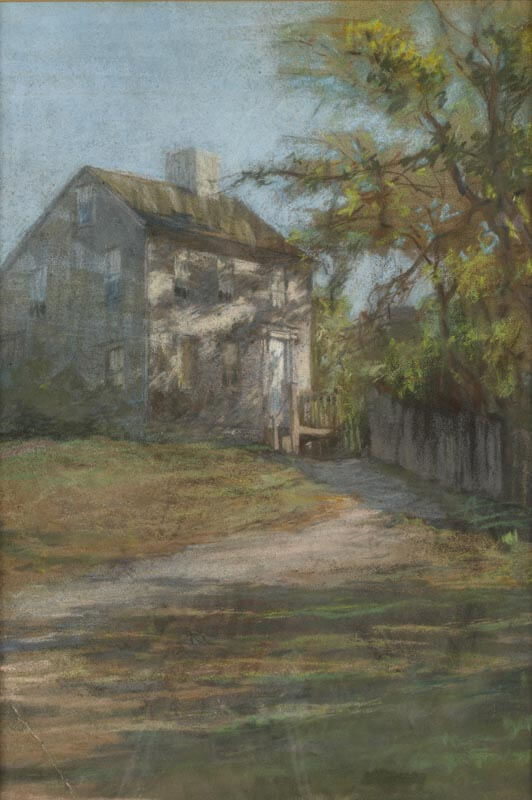 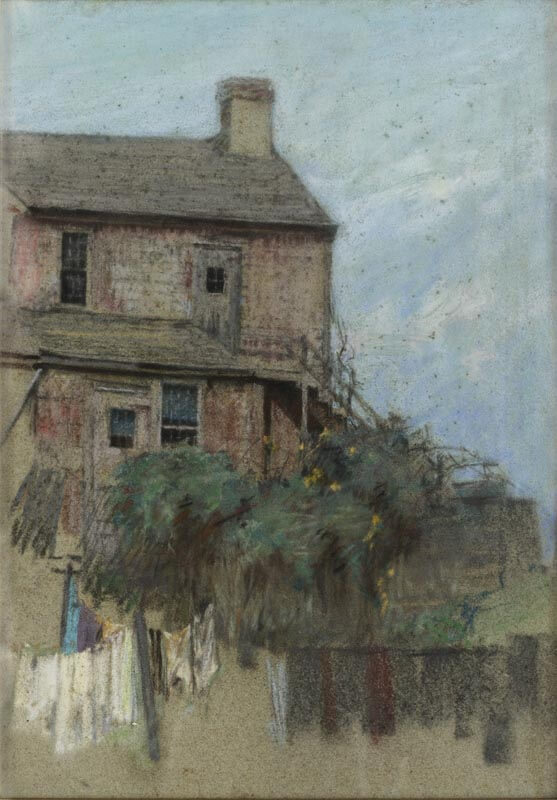 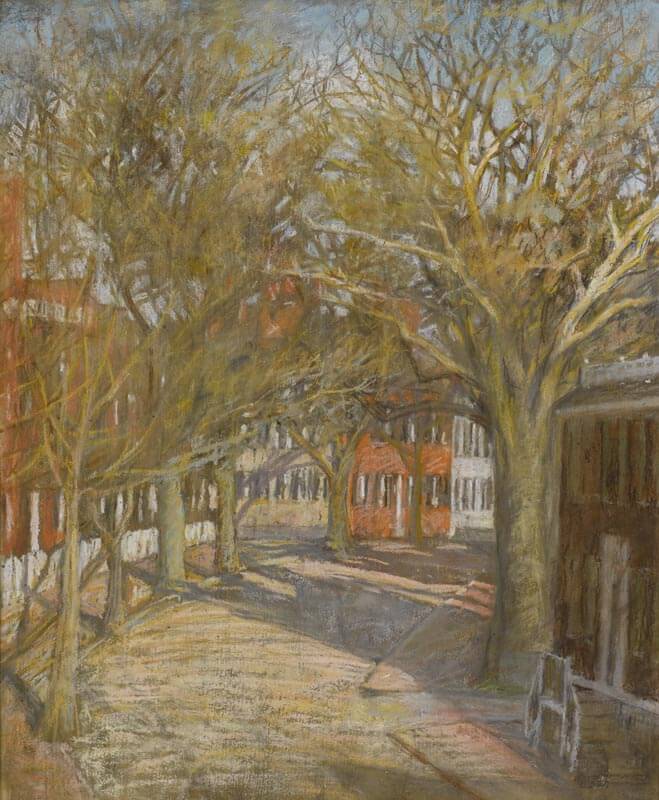 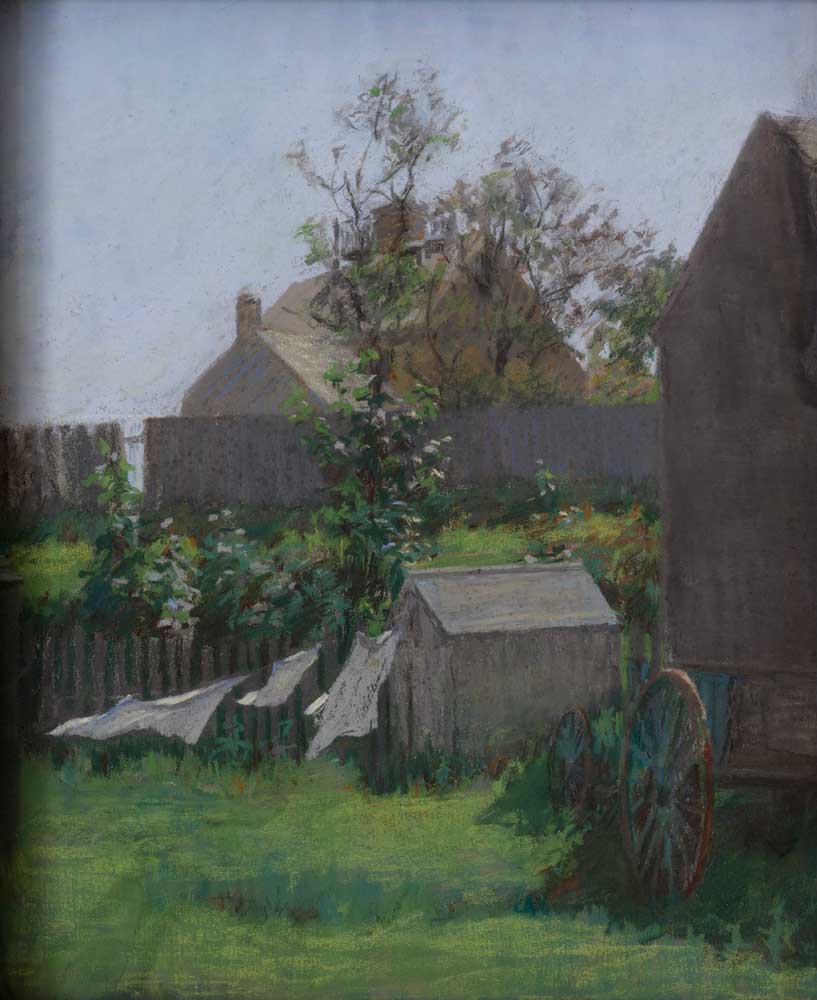 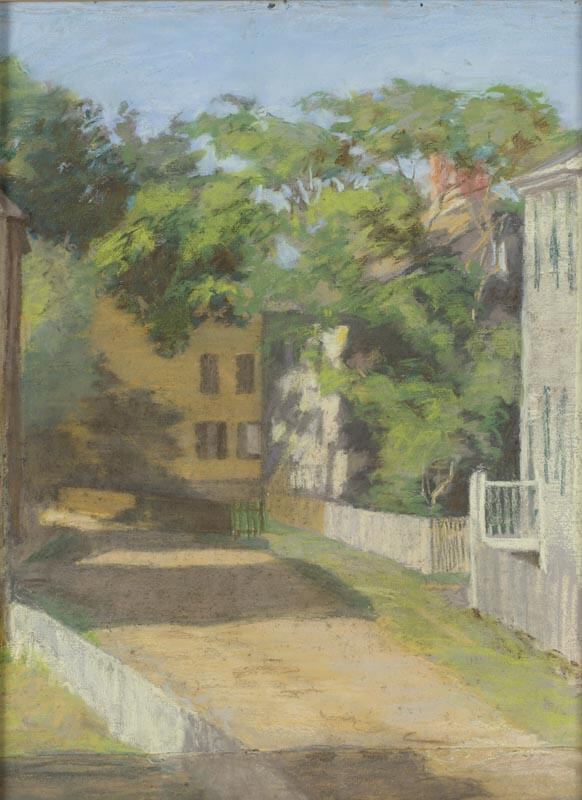