Based in the Wharf Head Studio on Old North Wharf after moving to town from ’Sconset in 1940, Doris Riker Beer (1898–1967) and her husband Richard Beer (1893–1959) produced a well-known series of watercolor miniatures featuring popular Nantucket scenes. The couple frequently worked together on these copyrighted creations, Richard providing the line sketch and Doris completing the watercolor. Wharf Head Studio consisted of living quarters and an exhibition space, out of which the couple operated for an eighteen-year span. Doris’s work was praised by a reviewer as “calm, limpid, but crisply executed with an economy of line.”

A native New Yorker, Doris studied at the Art Students League, Cooper Union, and with Arthur Dow at Columbia University. She developed a successful career designing theatrical scenery and costumes in New York, Newport, and later for the Straight Wharf Theater on Nantucket. Richard spent the summers of his childhood in ’Sconset. A graduate of Hamilton College, he served for ten years as American consul in posts in Budapest, England, Havana, and Canada. A self taught painter, he also was a talented writer who contributed to the Saturday Evening Post, Yankee Magazine, and Art News. 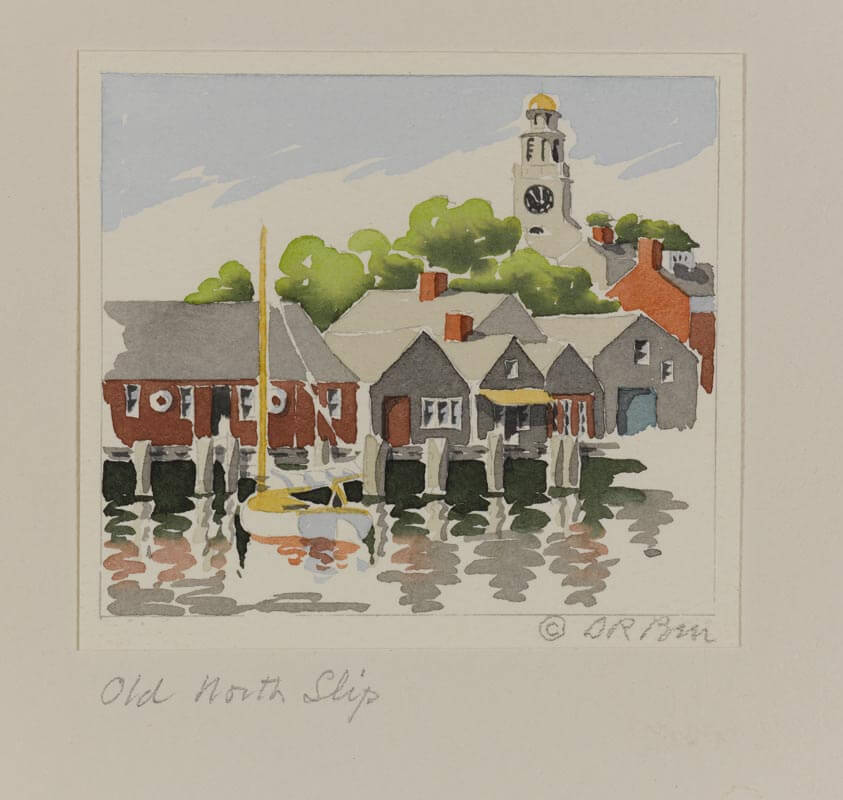 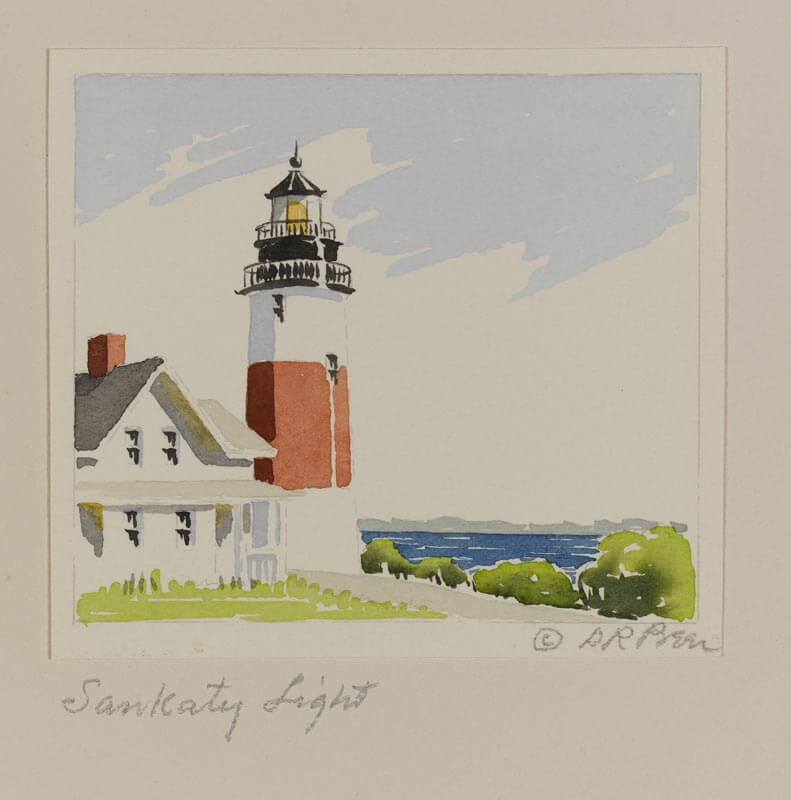 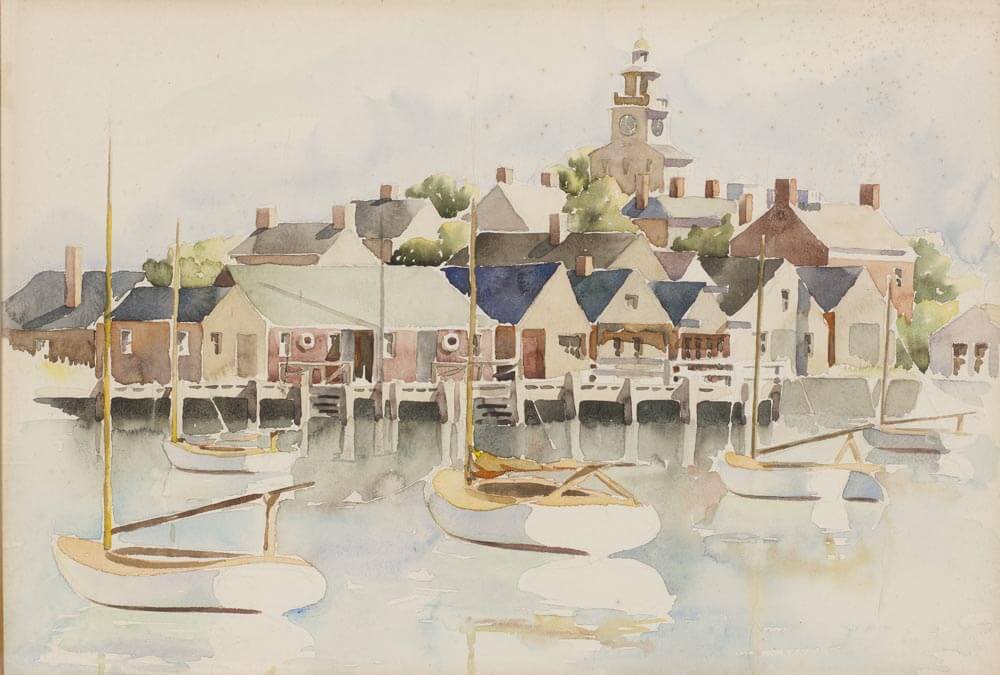 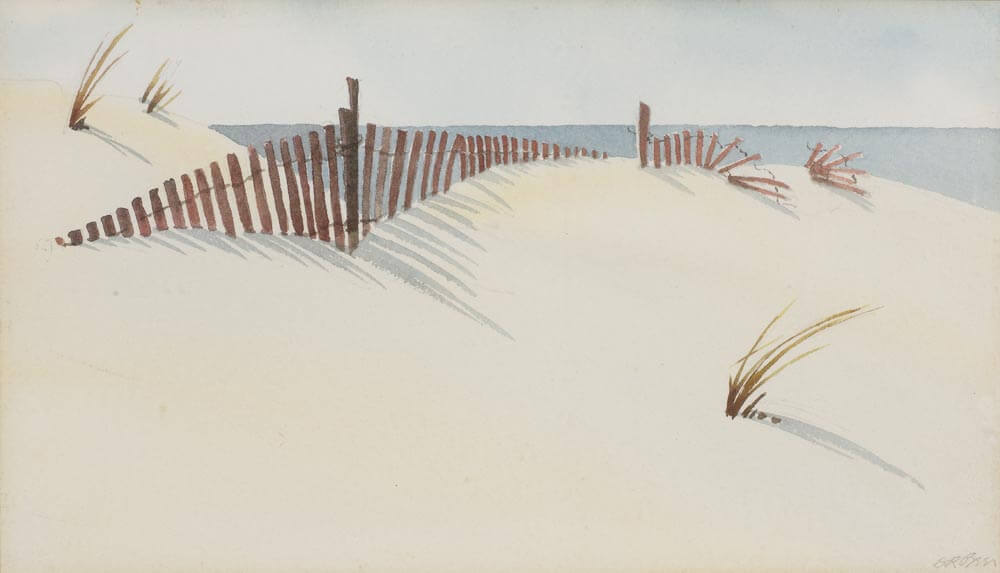 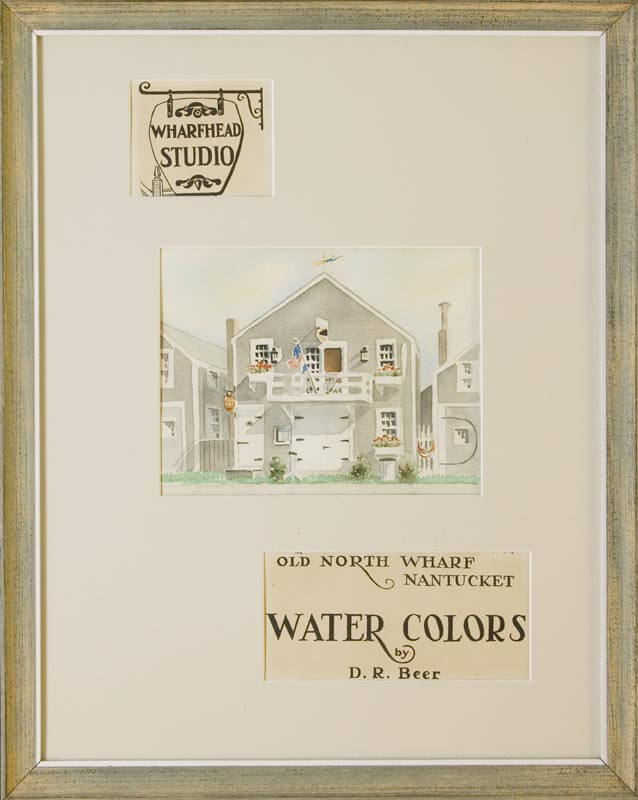 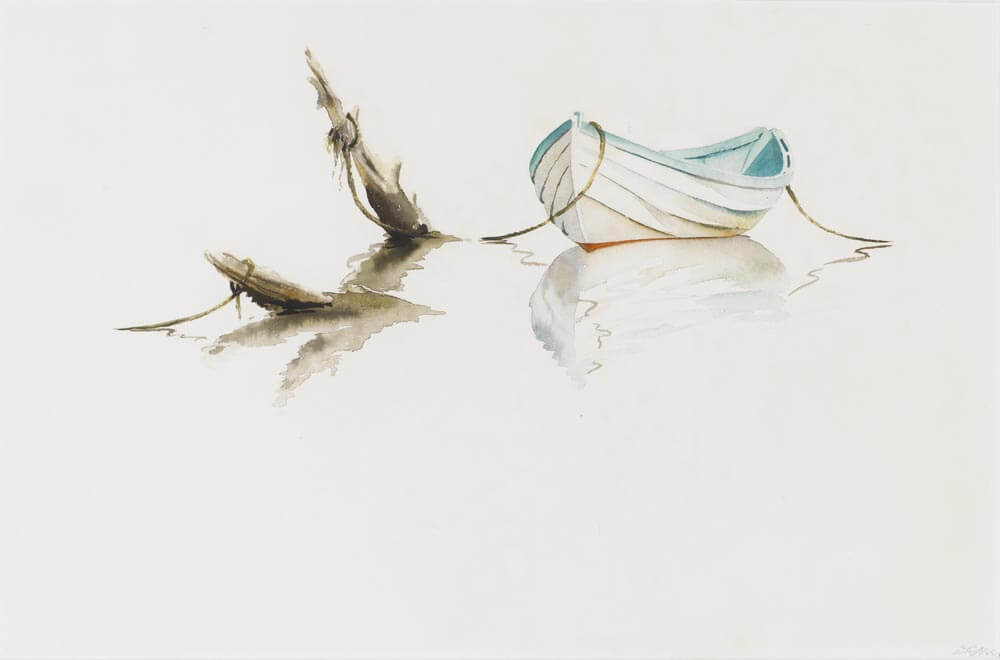 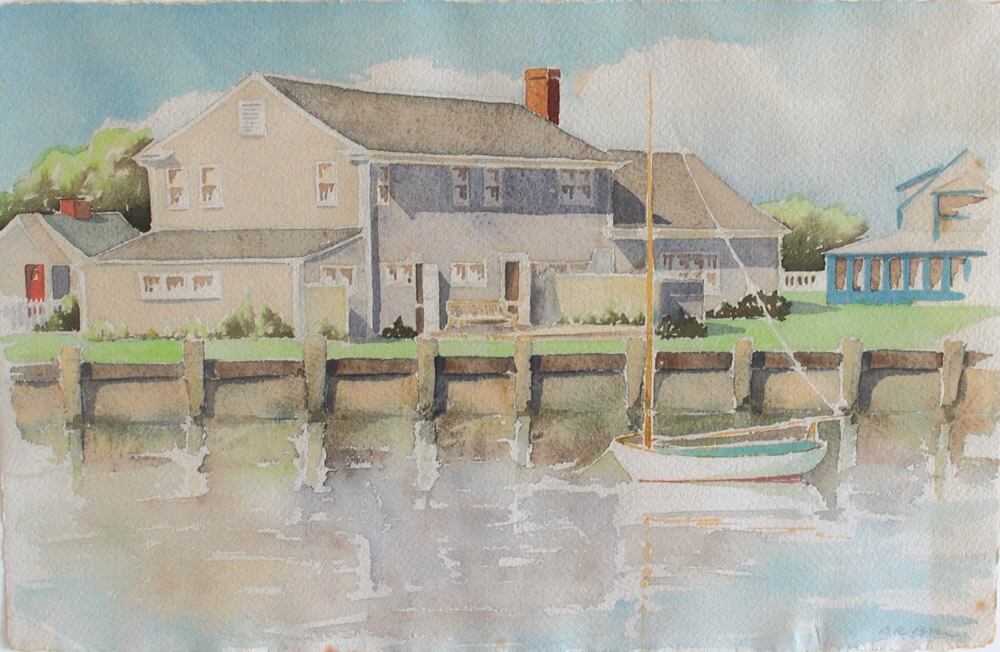