Edgar Jenney (1869–1939) was a diversely talented artist, illustrator, interior designer, and architectural draughtsman who became a prominent member of the Art Colony after his retirement from professional life in New York City in 1927 (he purchased a home at 13 Vestal Street). An early preservationist, he created a brilliant series of watercolor interiors of historic Nantucket houses and buildings in the 1930s, imparting a vibrancy of color, light, and pattern to the material content and ornamental details of grand old Nantucket houses and public buildings—an emphasis that had wide appeal during the height of the Depression. Born of the Colonial Revival movement, Jenney’s grand interiors provided the pattern for “historic decoration” for many generations to come. He also created an immensely popular series of nostalgic lithographic prints of Nantucket in the heyday of the whaling period. Jenney was honored posthumously with a retrospective, which included over forty paintings of historic Nantucket houses, at the American Wing of the Metropolitan Museum of Art and with several memorial exhibitions at the Easy Street Gallery and the Kenneth Taylor Galleries. 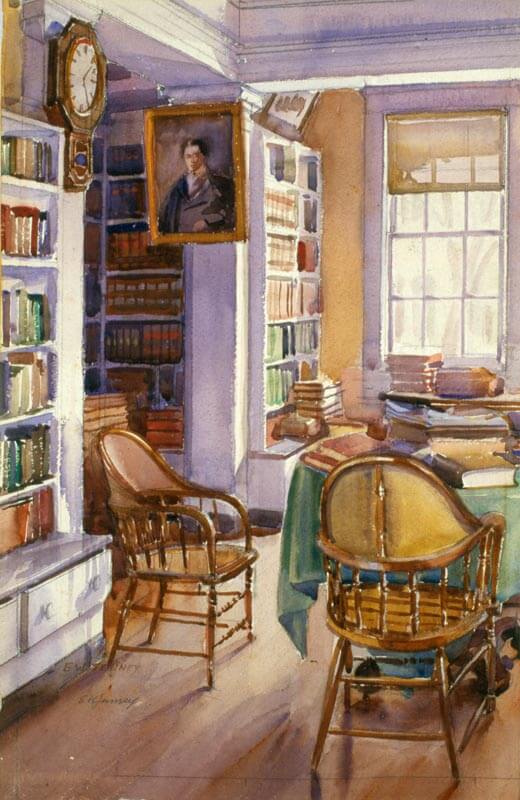 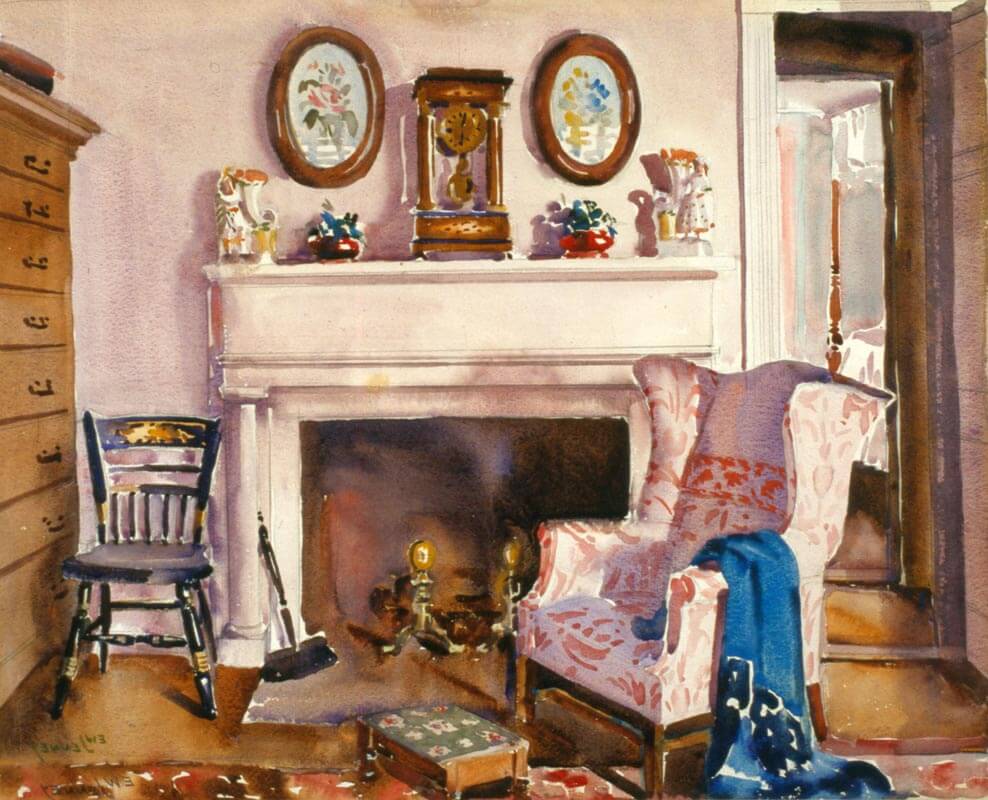 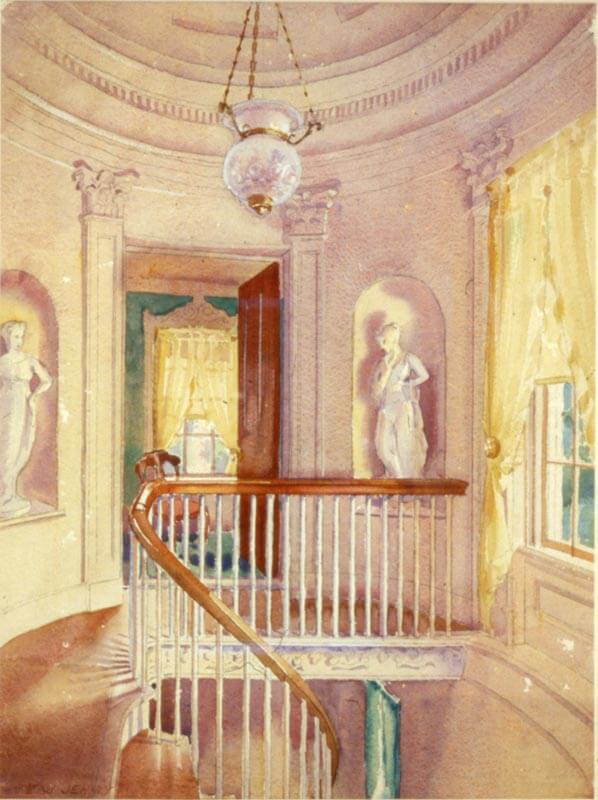 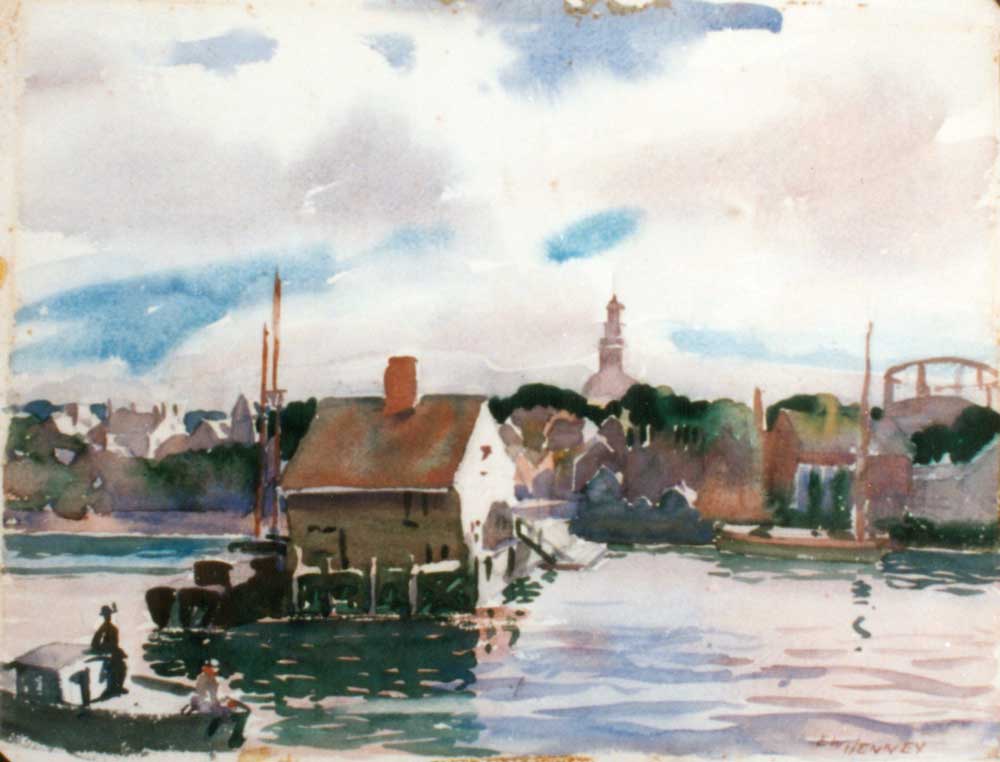 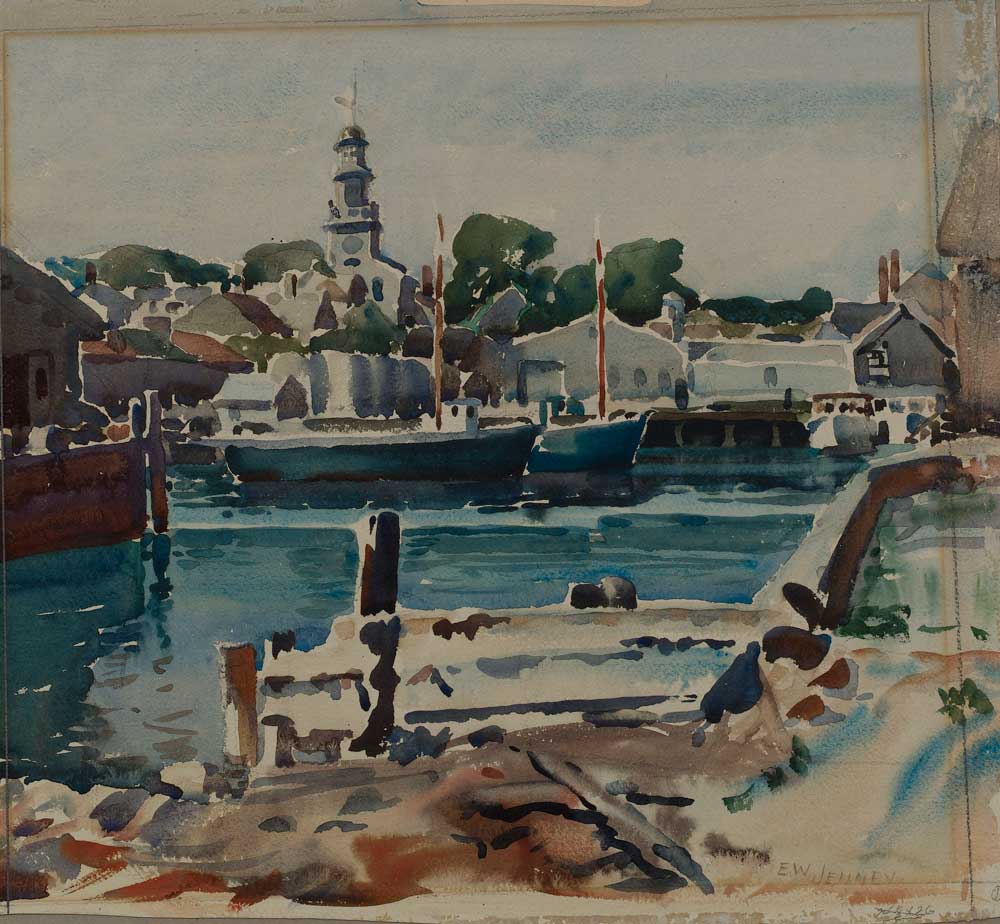