A nationally recognized master of the art of stone lithography, Elizabeth Saltonstall (1900-1990) was also an accomplished painter in oils, watercolors, and, later, acrylics. One of the earliest, most consistent, and longest serving core members of the Art Colony, she came to Nantucket in 1922 to study with Frank Swift Chase, at first occupying Harborview on Commercial Wharf before settling long-term into her studio and apartment known as Wateredge at the base of the wharf looking out onto the harbor and South Beach (the cottage is still there today). She returned to Wateredge every summer except one for the remainder of her life until her passing in 1990.

On Nantucket, Saltonstall drew inspiration for her exquisite lithographs from the island’s rich variety of flora, including rose of Sharon, passion flowers, Korean dogwood, and gloxinias. Other favorite subject matter included shells,mushrooms, ducks, and vignettes culled from her close observation of her natural surroundings. Her oil paintings typically feature waterfront scenes, often undertaken from the front deck of her cottage or from a nearby wharf. Although she occasionally broke up her summer with trips to Martha’s Vineyard or Maine, and made several overseas expeditions, including an artistically fruitful visit to Ireland, she always returned to her beloved Nantucket.

Drawn to an artistic calling from a young age, Saltonstall studied at the School of the Museum of Fine Arts in Boston and later under the tutelage of noted lithographer Stow Wengenroth in Maine. In Nantucket, she took classes in plein air oil painting from Frank Swift Chase and exhibited at the Easy Street Gallery, the Candle House Studio, and in the Artists Association’s Kenneth Taylor Galleries after 1945. She was one of the first artist members of the AAN and a founding member of the Boston Society of Independent Artists and of the Boston Printmakers. Saltonstall taught art at Milton Academy for thirty-seven years, and always preferred to think of herself less as an art instructor and more as an “artist in residence.” A “maiden aunt” her whole life, she hailed from the Brahmin Saltonstall family of Massachusetts, with its base in Chestnut Hill, numbering colonist Sir Richard Saltonstall and the late U.S. Senator and Governor of Massachusetts Leverett Saltonstall (her first cousin) among its ranks. 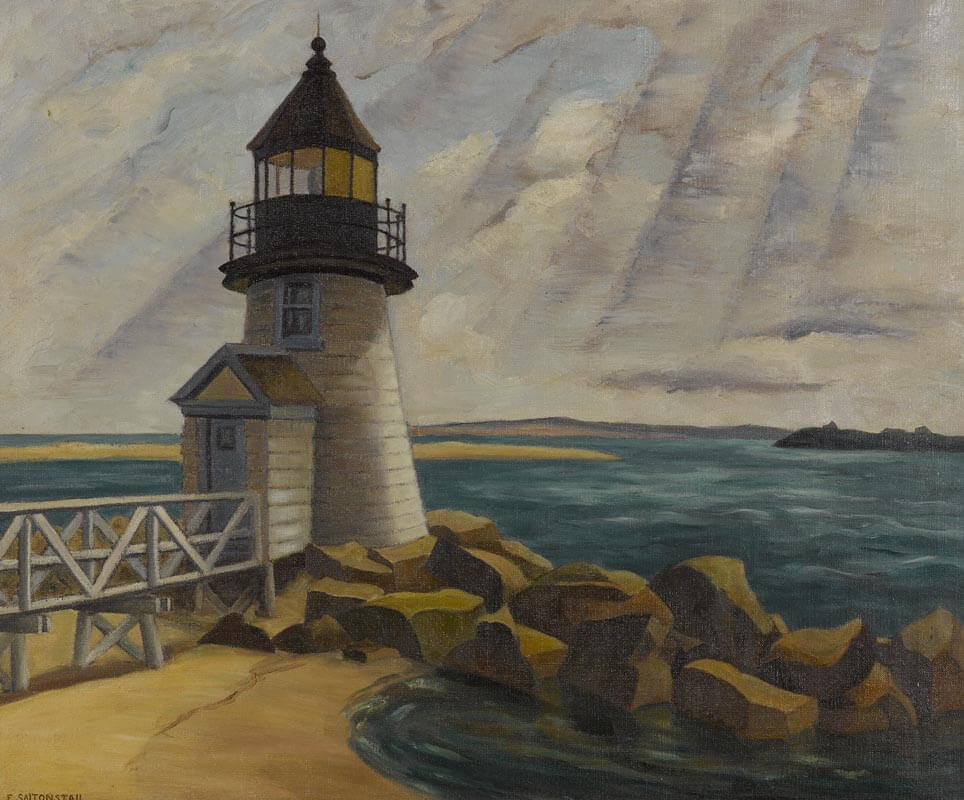 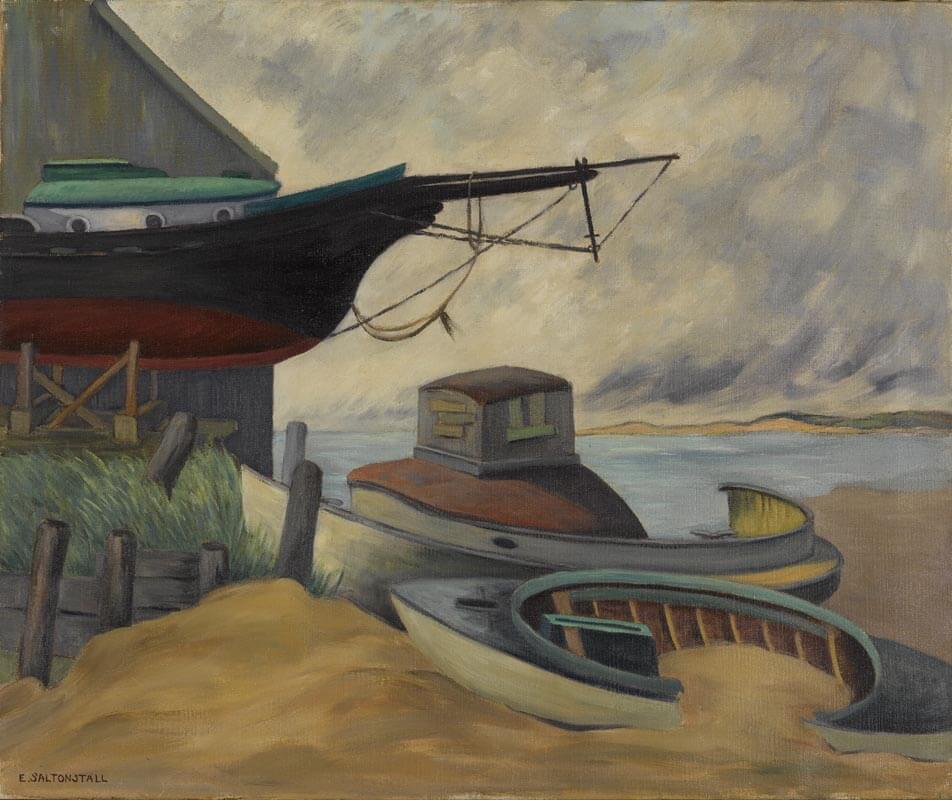 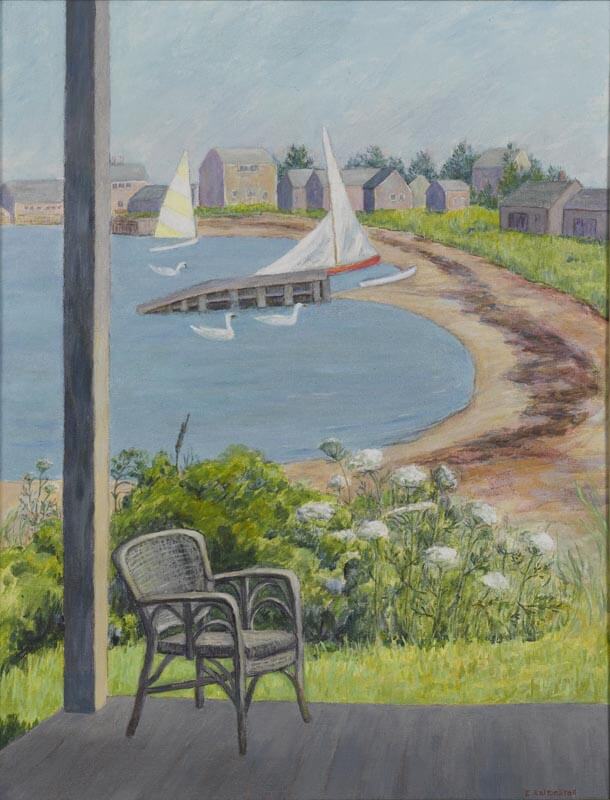 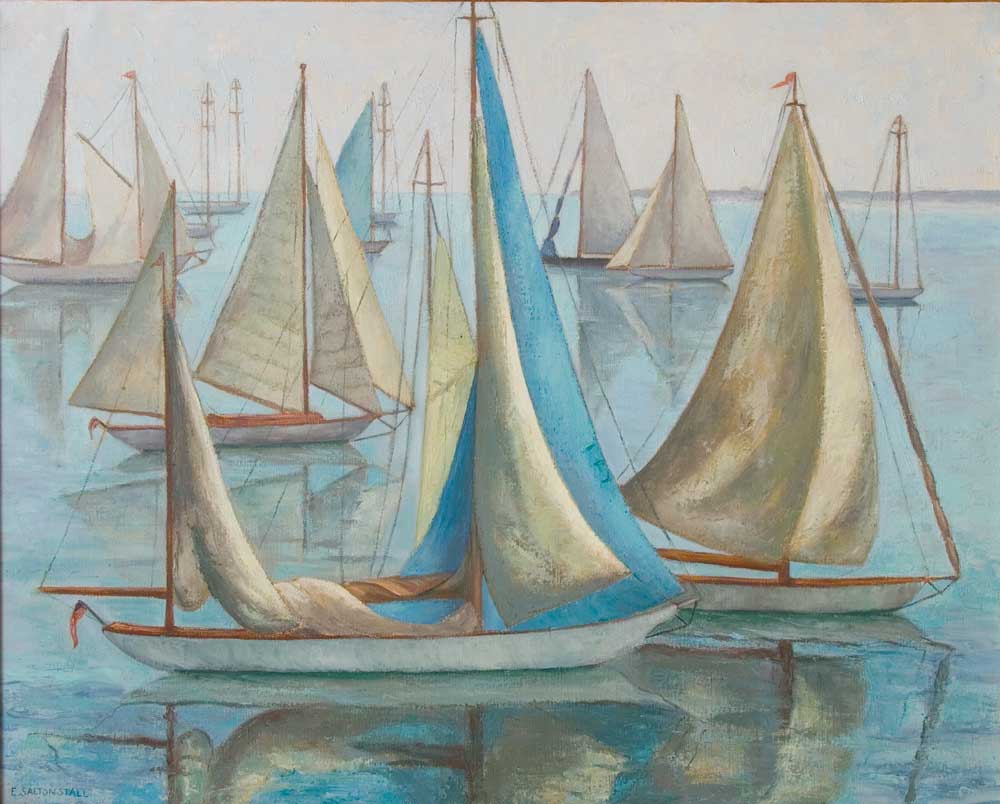 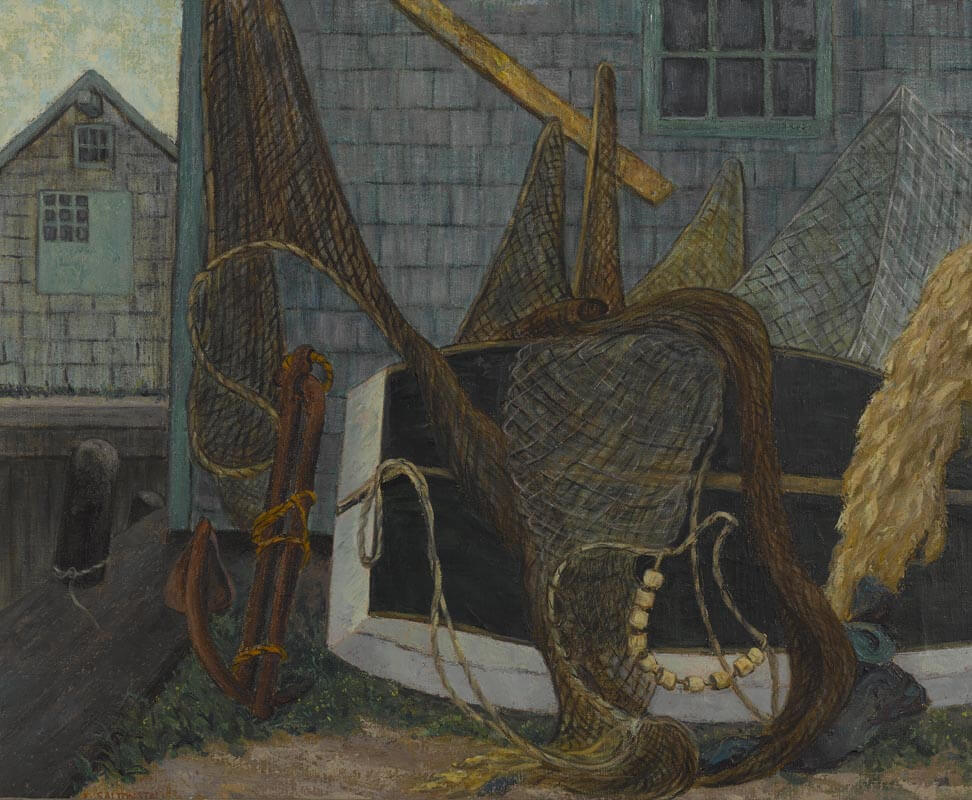