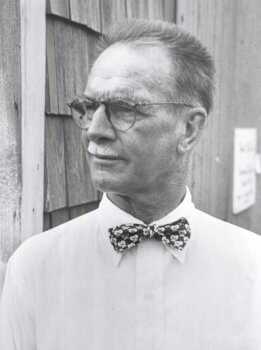 If Florence Lang was the Nantucket Art Colony’s inspired planner, then Frank Swift Chase (1886–1958) , who came to be known as the “dean” of Nantucket artists, was its master painter and teacher, and a stalwart of the Nantucket art scene for over thirty years. Chase offered instruction in painting en plein air to a whole generation of Nantucket painters, including Ruth Haviland Sutton, Emily Hoffmeier, Elizabeth Saltonstall, Anne Ramsdell Congdon, Isabelle Hollister Tuttle, and Florence Lang herself.

Chase was invited to Nantucket for the first time in 1920 by Margaret Underwood Davis, owner of the Underwood Cottages on Hulbert Avenue, who was seeking art instruction (many of the major figures of the Art Colony came to Nantucket to study with Chase). Except for 1935, when he painted the desert near Palm Springs, California, Chase taught every summer on Nantucket until 1955. A native of St. Louis, Missouri, he received his training under John Carlson and Birge Harrison at the Art Students League in New York City. He went on to serve as the school’s assistant director for their summer painting program when it moved to Byrdcliffe, a major arts and crafts colony based in Woodstock, New York. He was a founder of the Woodstock Artists Association, as well as the Sarasota School of Art on Longboat Key.

After his discovery of Nantucket in 1920, Chase ran regular ads in July and August in the Inquirer and Mirror offering “Classes in Landscape Painting.” He led groups of students out to rough it on the island’s moors, beaches, and rolling hills with painting gear slung over their shoulders and wind in their hair. Many of Chase’s works are clearly painted in the field, with quick, expressive brushwork, favoring subdued grays, blues, lavenders, and browns, frequently employing the wet-into-wet technique he taught his students. Chase’s heavily loaded brush, and occasional use of the palette knife, created thick and choppy strokes, revealing the expressive emphasis that he brought to his work: “While I am a realist, I do not believe in mere pictorial records or faithful copies. Something of yourself, your feeling, must be put into a picture.”

At different times Chase was based in studios in the heart of the colony at the head of Commercial Wharf, on Old North Wharf, Washington and Francis Streets, North Liberty Street, and Pearl (India) Street. He rented from his fellow artist and friend Tony Sarg on North Liberty Street for a number of years. In addition to avidly supporting his students’ exhibitions, Chase showed his own work regularly in the Easy Street Gallery shows in August, at the Candle House Gallery, from his studios, and at the Kenneth Taylor Galleries starting in 1945. Upon his death in 1958, the Inquirer and Mirror eulogized the longtime guiding spirit of the Art Colony: “For many years his group of eager students benefited by his sound guidance, his encouragement, and his understanding of each individual’s needs. His own painting had fine solidity and a poetic feeling for the beauty of nature.” 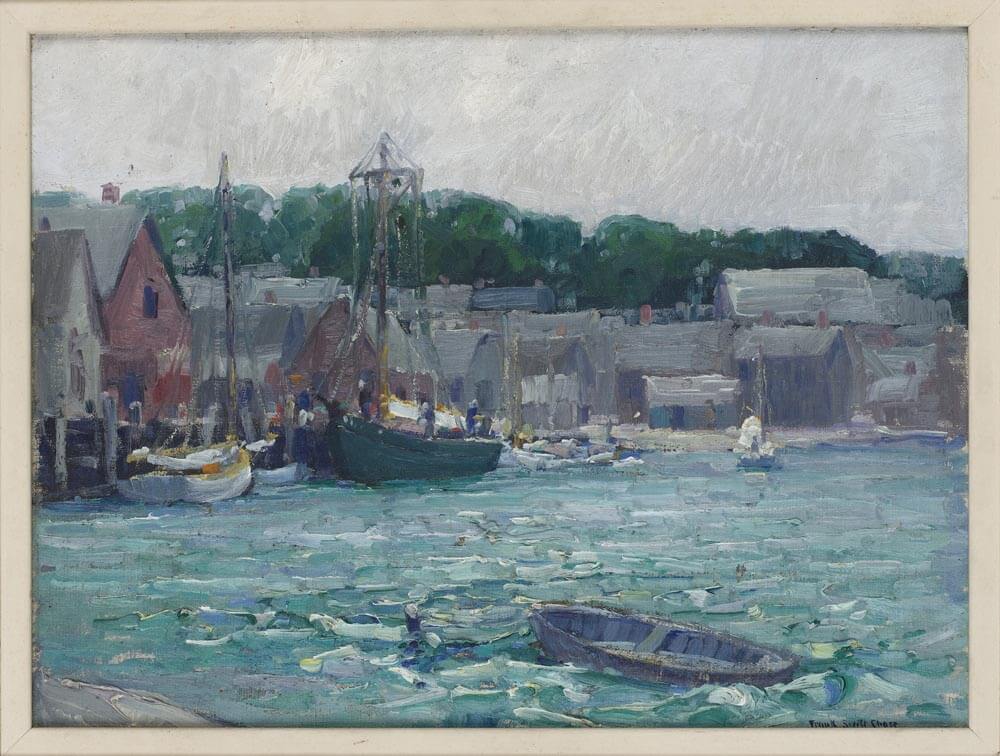 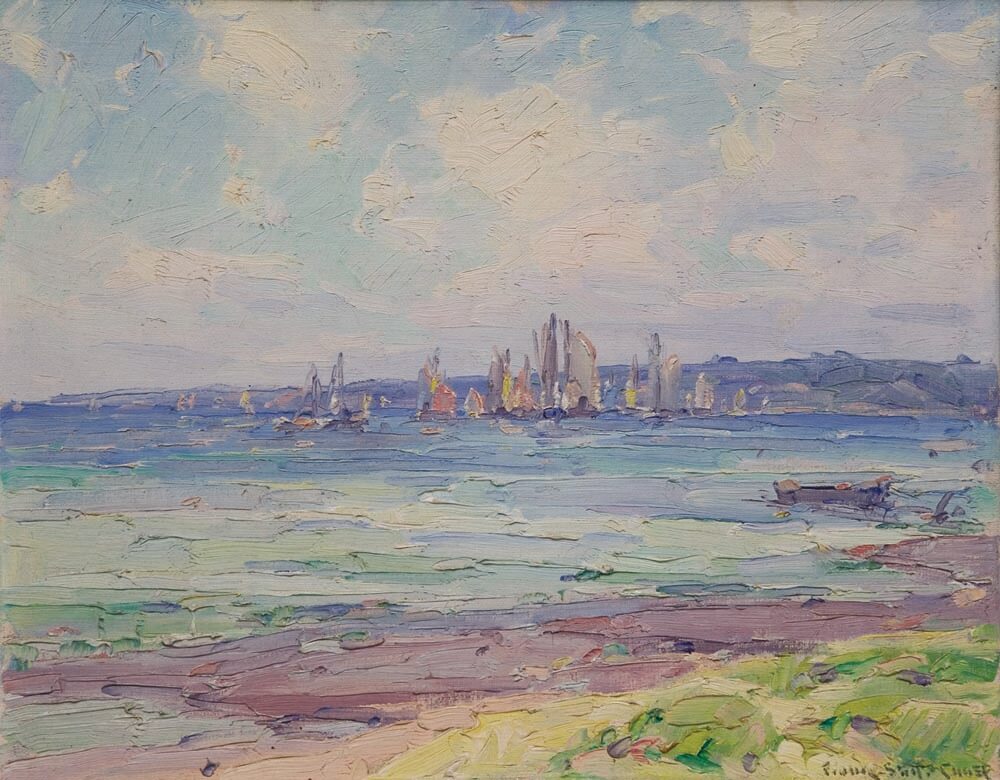 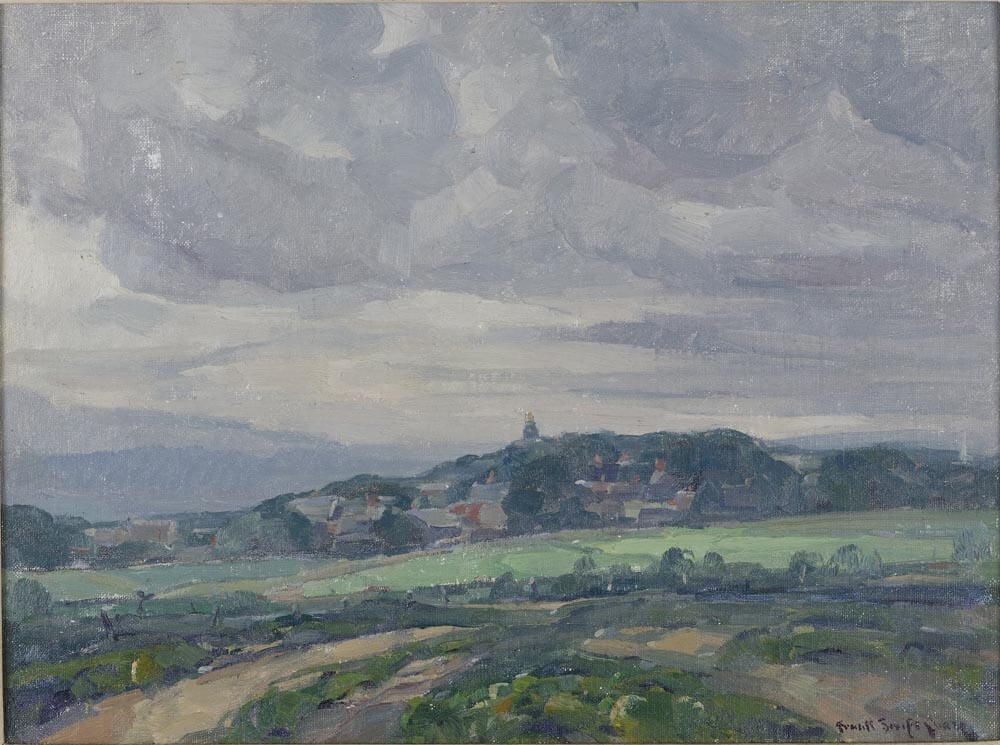 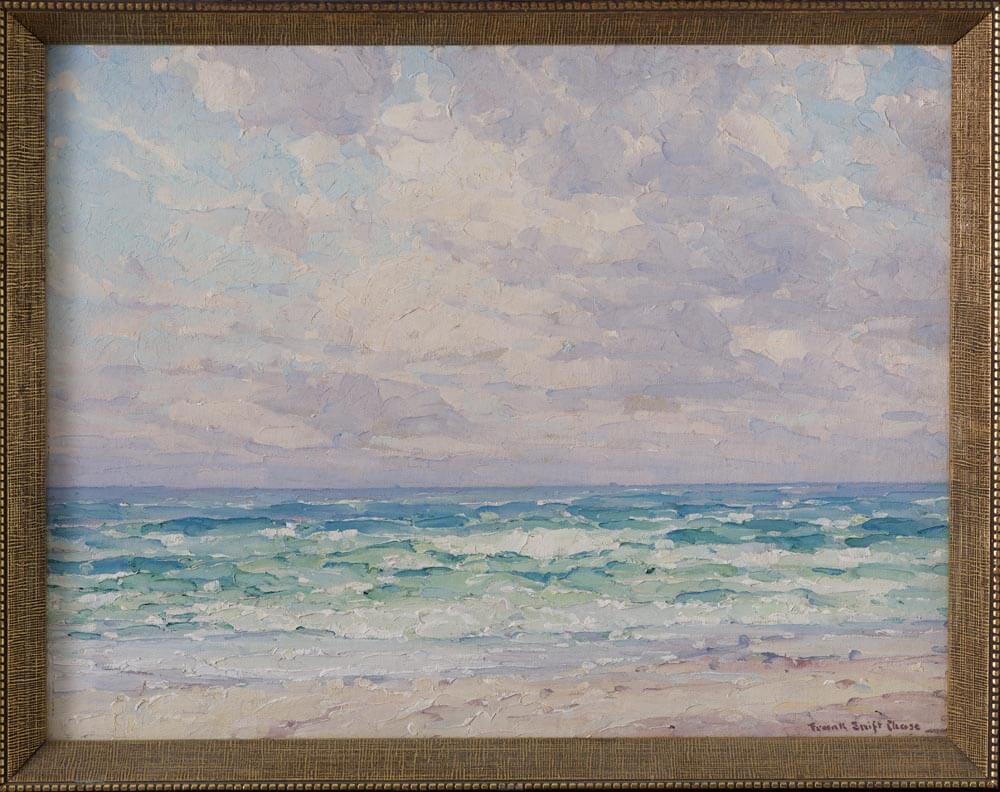 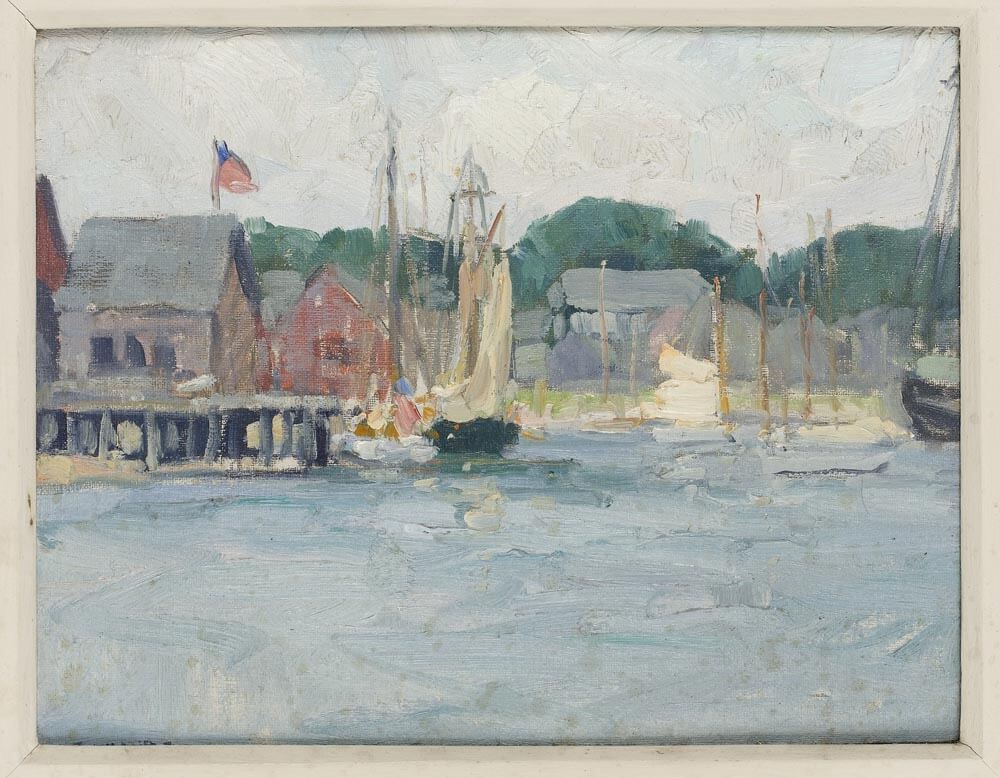 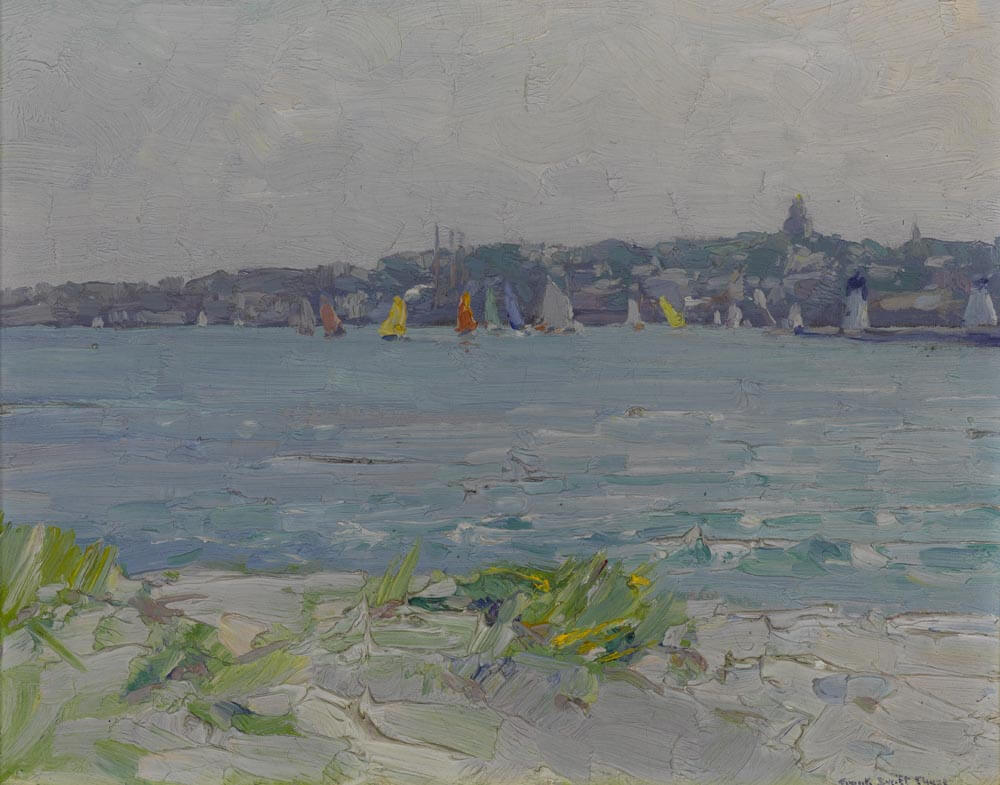 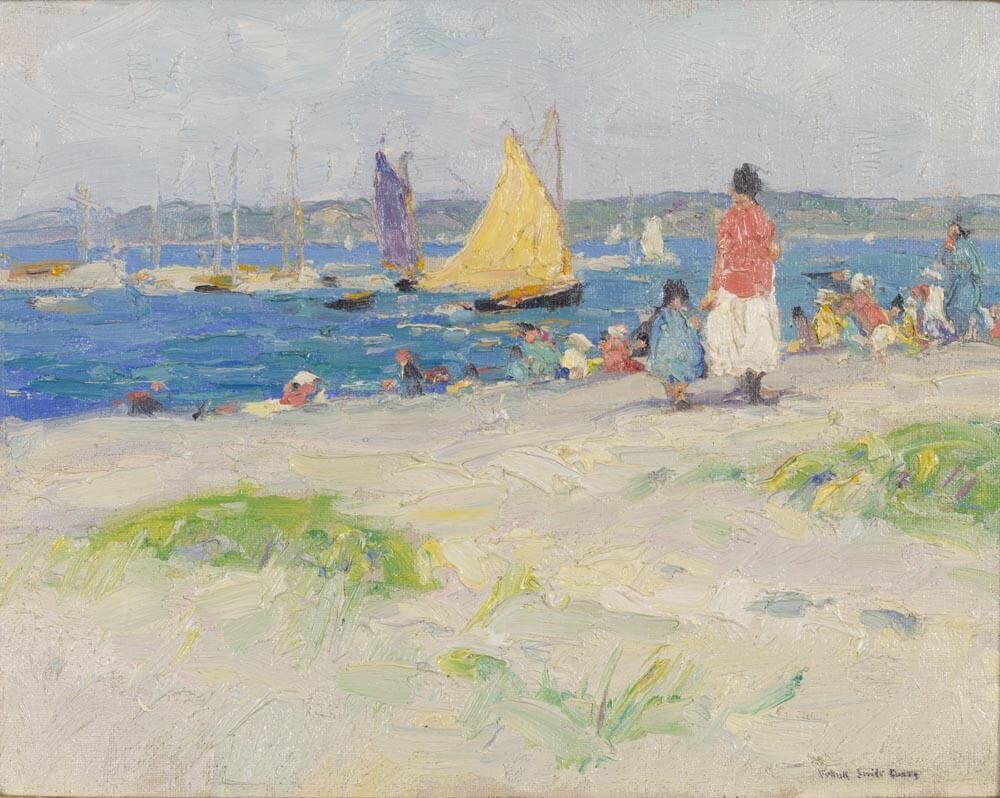 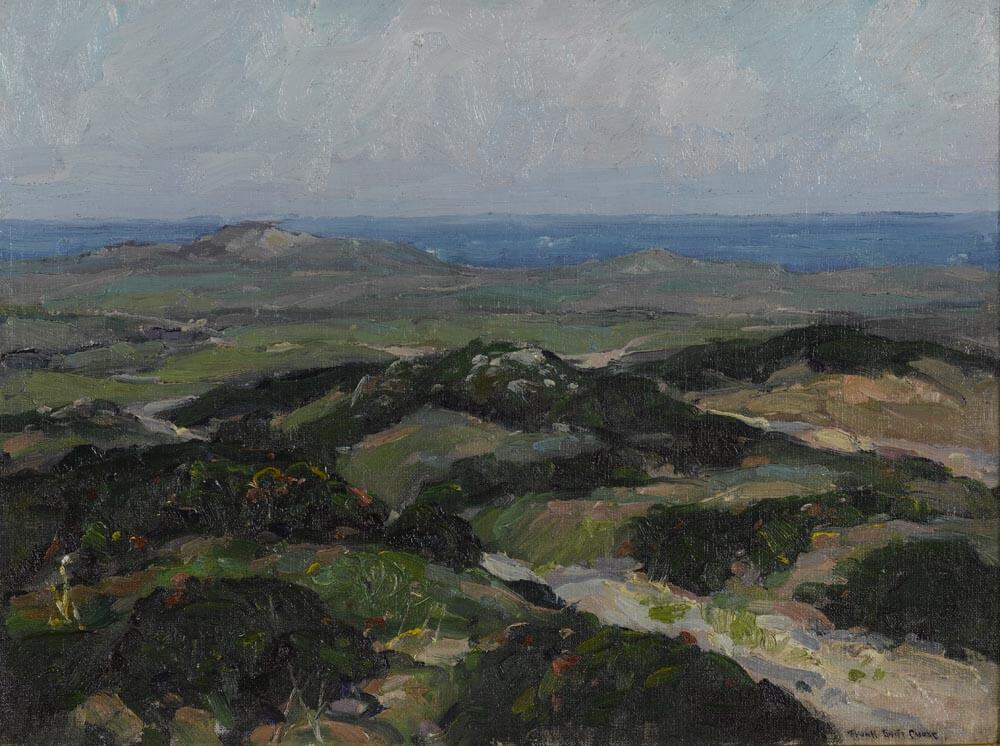 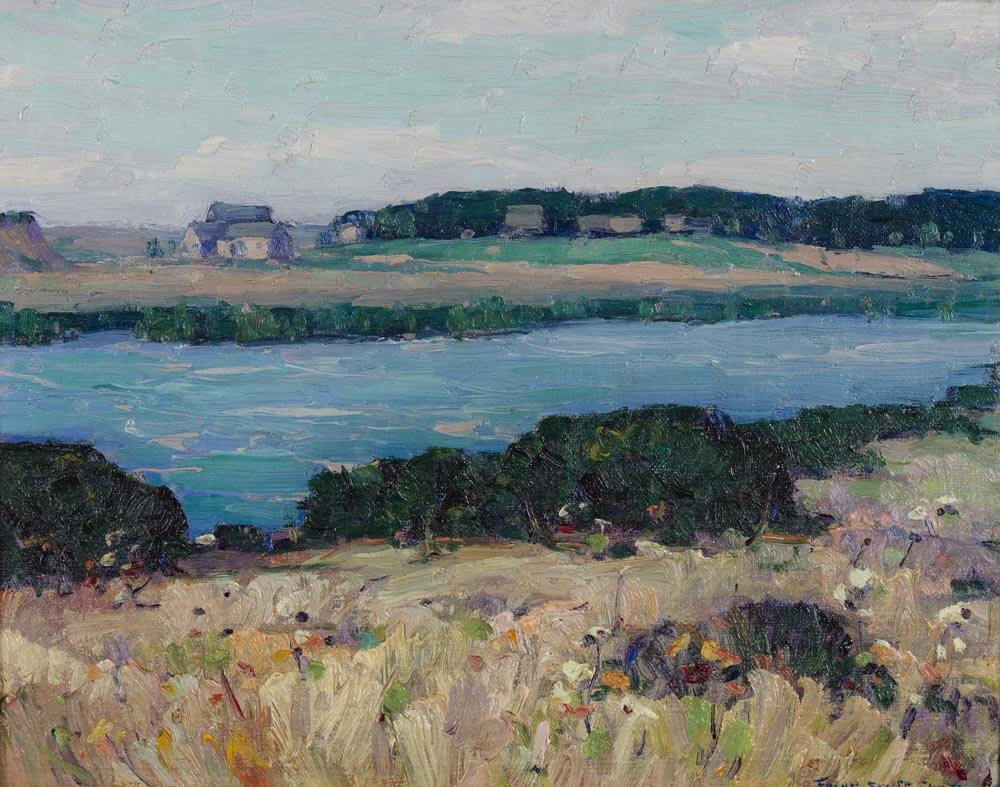 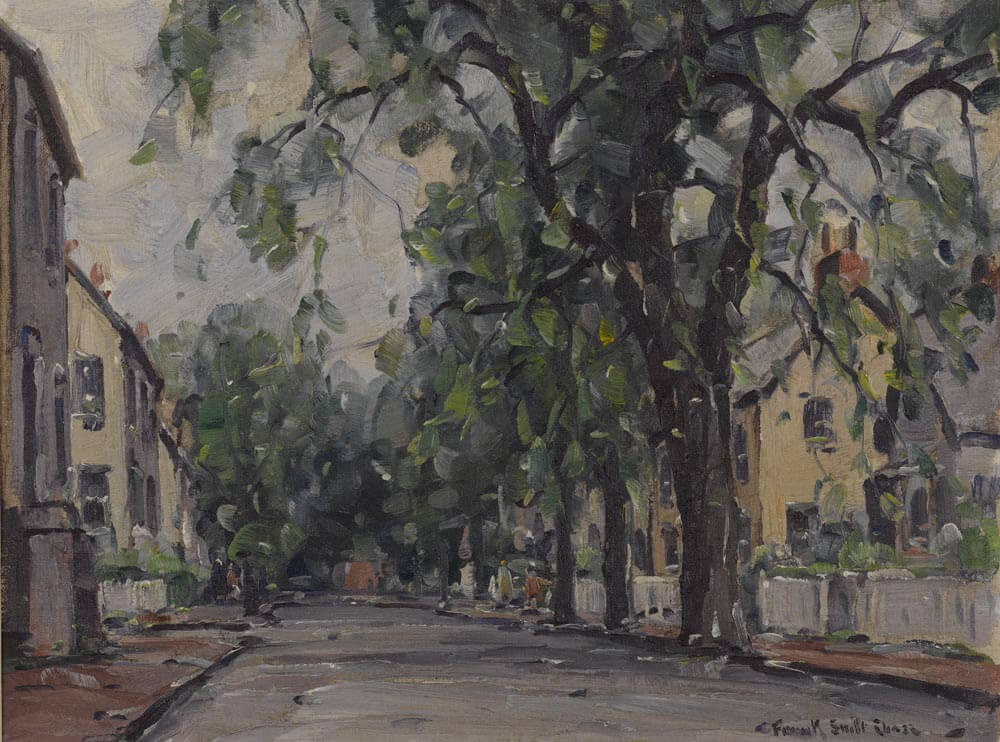 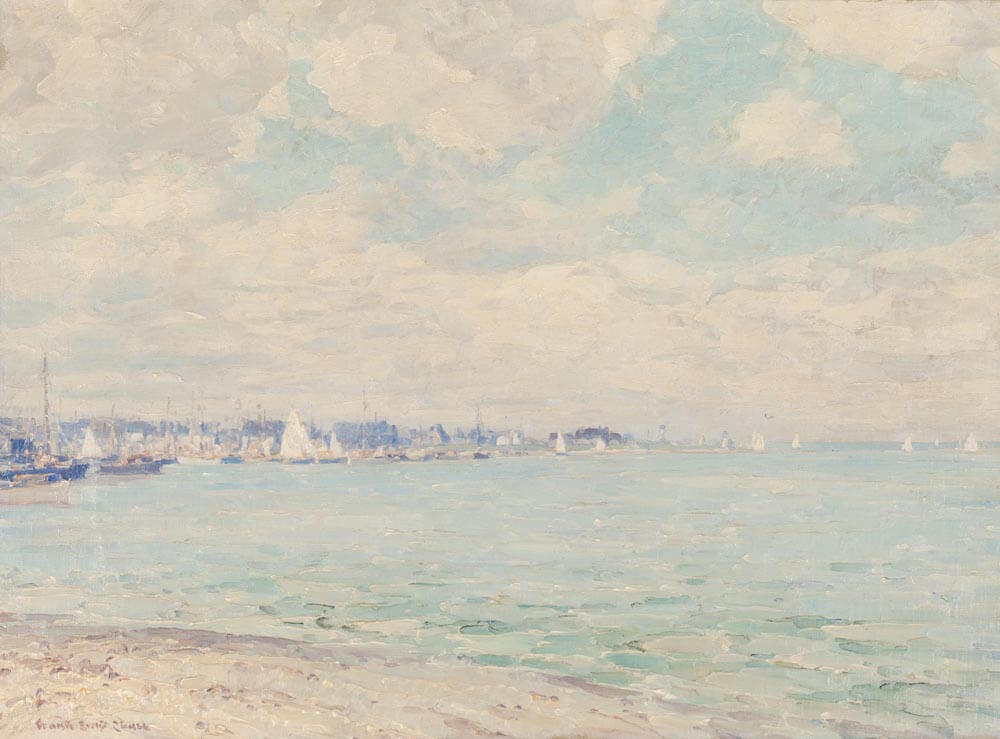 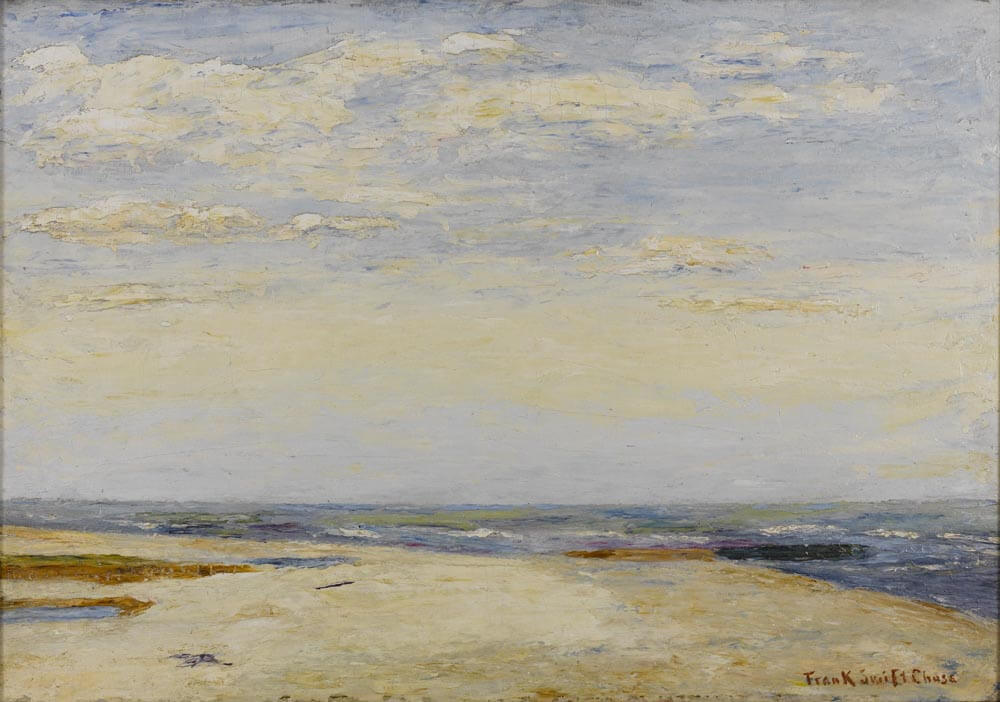 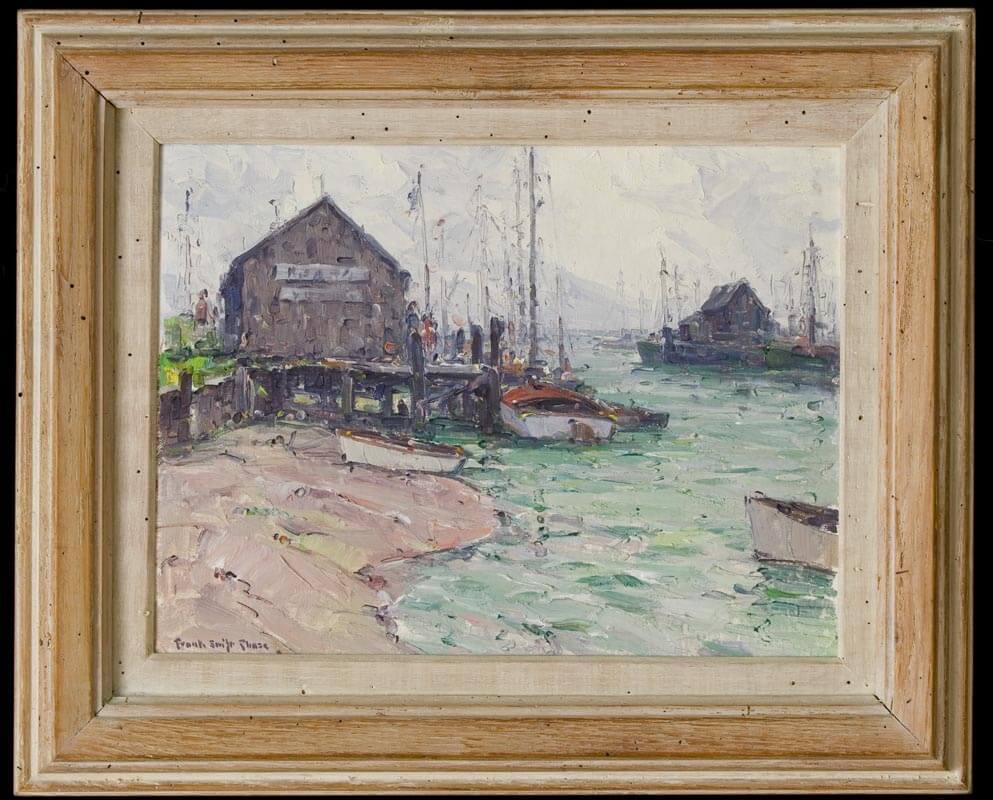