These two intrepid sisters, descendants of Pennsylvania Quakers, resolved at an early age to devote their lives to the arts. Born in West Chester, Pennsylvania, and affiliated their whole lives with the Swarthmore Friends Meeting, the sisters experienced an early conversion akin to a religious awakening, as Hanna recalls in her spiritual autobiography, Greater Light on Nantucket: “Something happened in this Quaker household. A virus struck under the pseudonym of ART. How it entered this sanctuary and hit two who came from a long line of Quaker martyrs cannot be explained. Thereafter these two victims live for nothing but art.”

The Monaghan sisters were introduced to Nantucket by their friend, the illustrator and muralist Violet Oakley (1874–1961), in the early 1920s, after completing a varied art education that included attendance at the Philadelphia School of Design for Women, the Pennsylvania Academy of the Fine Arts, traveling fellowships, and residency at the MacDowell Colony in Peterborough, New Hampshire. They traveled to Nantucket and were among the first tenants of Florence Lang’s waterfront studios (first Sail Loft on Commercial Wharf, and later Barnsite at the foot of Main Street). In addition to exhibiting at the Candle House Studio, they showed regularly at the Easy Street Gallery and became members of the Art Colony.

After living in studio apartments for several summers, the Monaghans turned their eyes upon an eighteenth-century livestock barn on Howard Street owned by the grocer William Holland. Under the suspicious eyes of neighbors, they proceeded to convert the worn structure into Greater Light, a summer residence decorated with a motley collection of architectural fragments, decorative embellishments, and accompanied by a beautiful garden that was the setting for occasional dramatic performances, readings, and musical recitals. Hanna describes a typical afternoon: “I see Gertrude with me on our patio in a warm summer afternoon. She is drawing with a few deft strokes our greyhound curled up in the sun on the soft green turf.”

Many of Gertrude’s paintings (she was trained as a painter, while Hanna focused on writing and acting) were made on trips abroad and feature scenes from Morocco, Portugal, and Spain. Her Nantucket work consists primarily of drawings and sketches, especially of interior details of Greater Light. In addition to being regular supporters of and exhibitors at the Easy Street Gallery, the Monaghans also participated in other public art events, such as the Nantucket Civic League’s craft shows, and offered up Greater Light for exhibitions and gatherings, hosting an exhibition of the works of their friend R. Howard James in 1937. 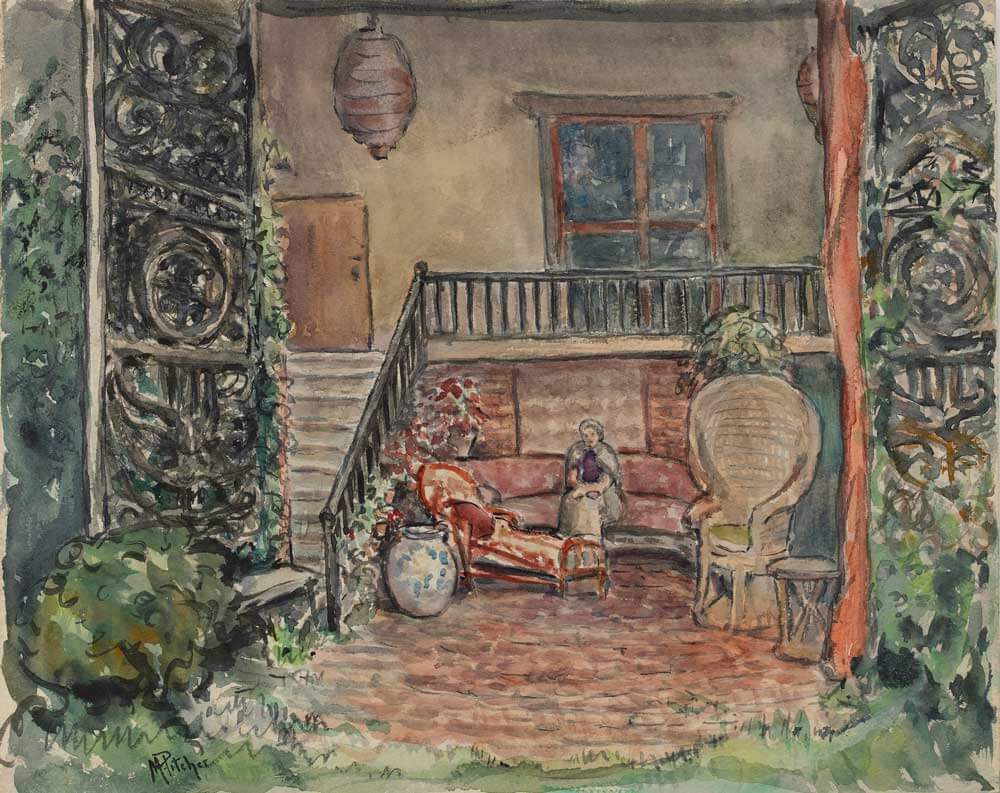 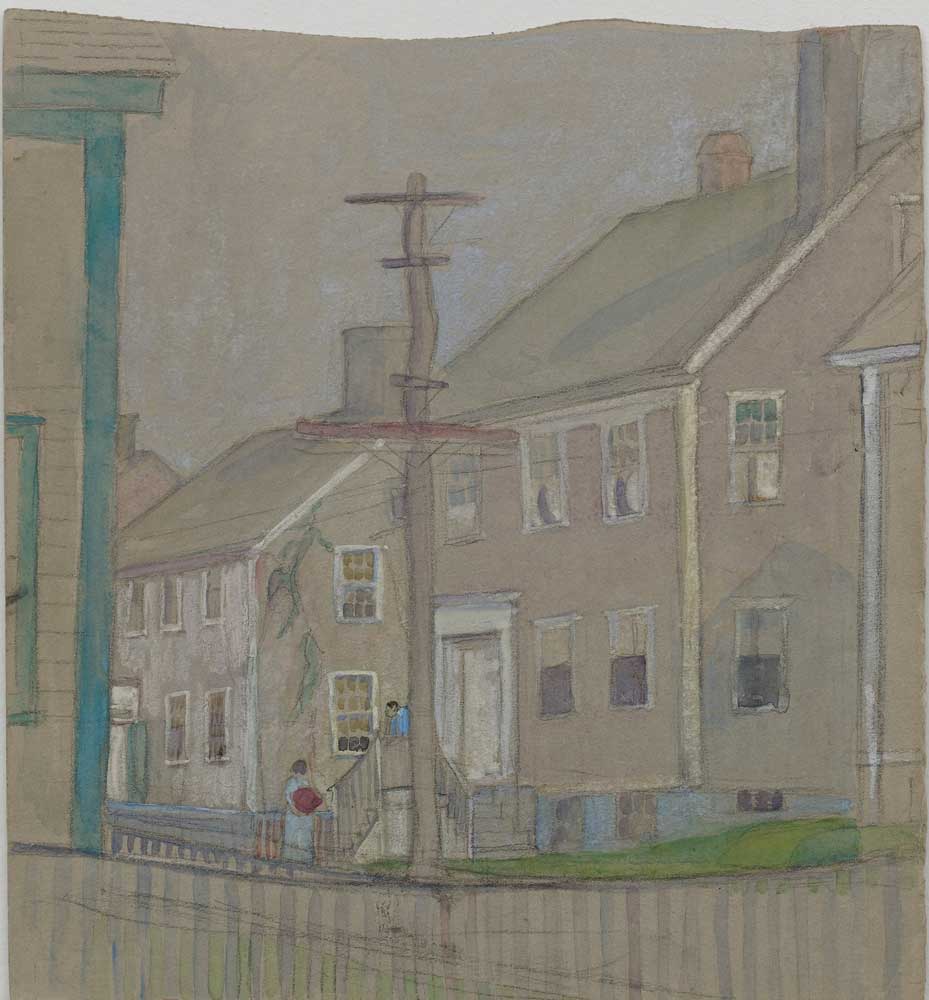 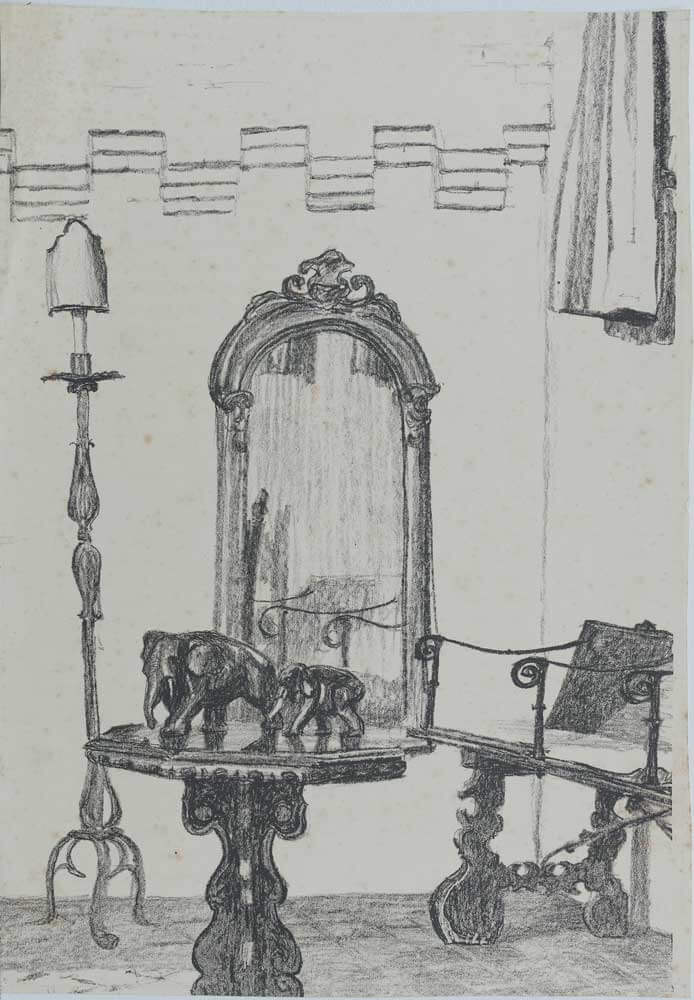 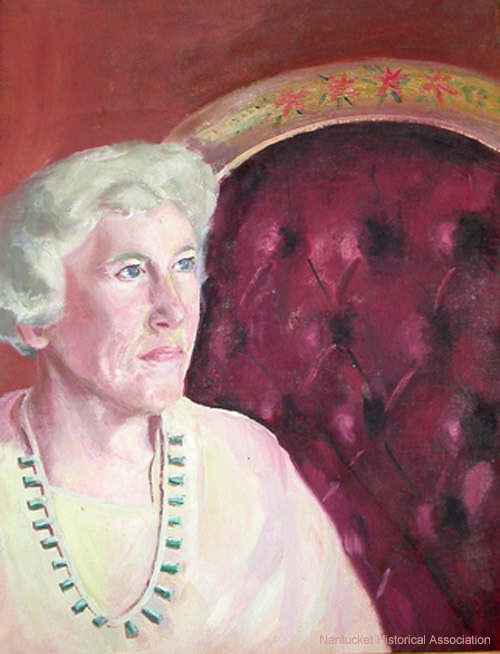