Inna Garsoian (1896–1984) was born in the Caucasus, lived in Moscow as a girl, fled the Russian Revolution with her family, became an art student and costume designer in Paris in the 1920s (she assisted at the Ballet Russe), and landed as an established painter, illustrator, and set designer in New York City before discovering summers on Nantucket in 1935. On island, living in the Morgan house at the corner of Martins Lane and Orange Street from Memorial Day through Thanksgiving from 1935 to 1945, she painted expansive Hopperesque townscapes and waterfront scenes of many of the familiar haunts of the Art Colony. A fine colorist, her works typically betray a total absence of human figures, and are imbued with an emptiness and a saturated, stark light surrounded by strong shadows that is uniquely her own. She exhibited on Nantucket at the Easy Street Gallery. In 1943, Knoedler & Co. Gallery in New York City hosted a show of many of her Nantucket works. Over the next decade, she exhibited in galleries in New York, Boston, and Philadelphia, and later had shows at the Corcoran Gallery, the Carnegie Institute, and the Springfield Museum. 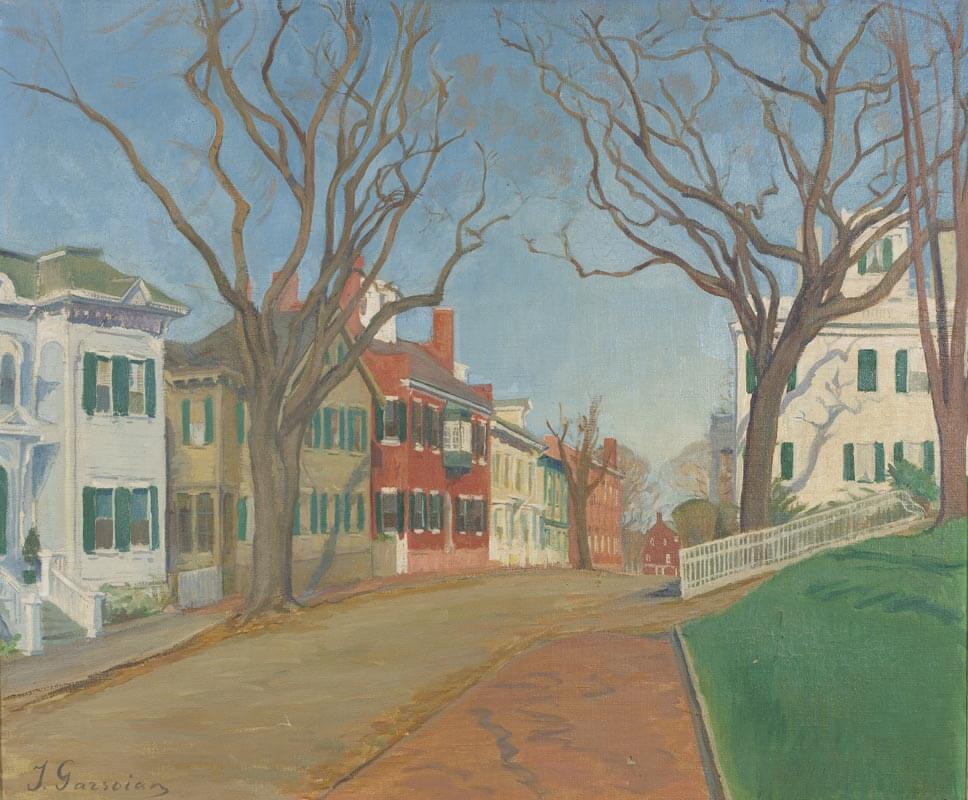 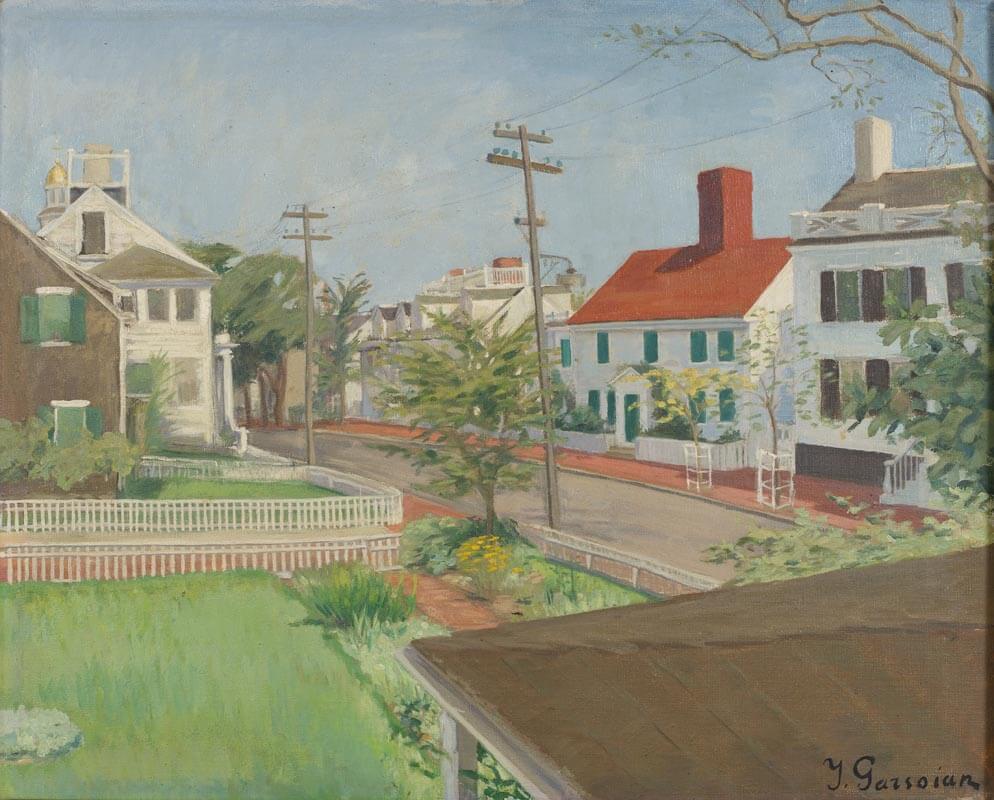 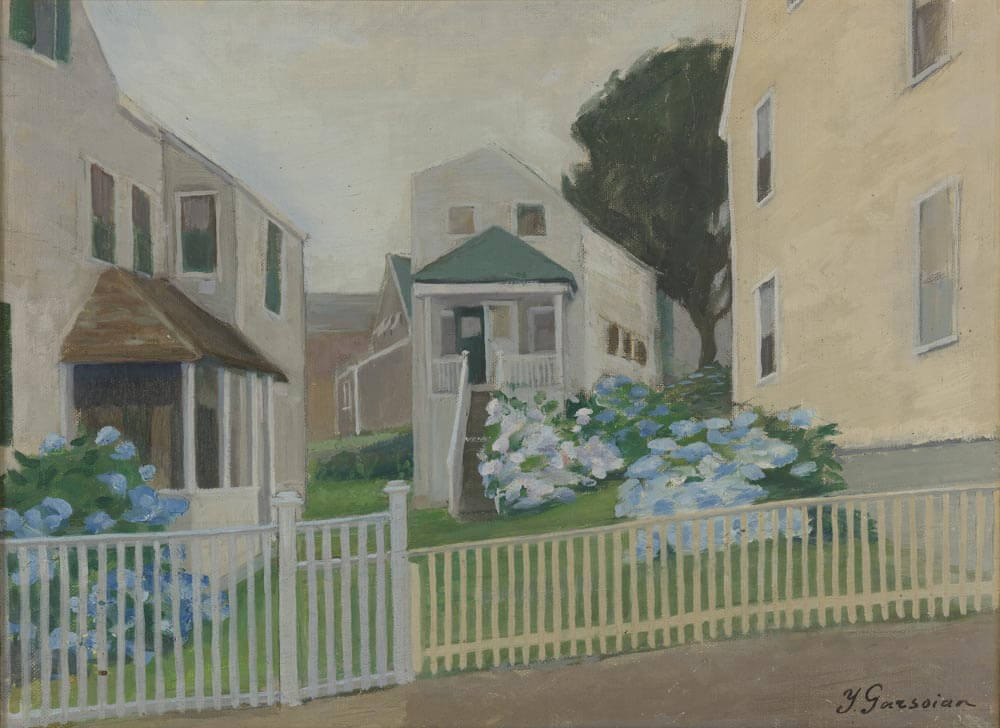 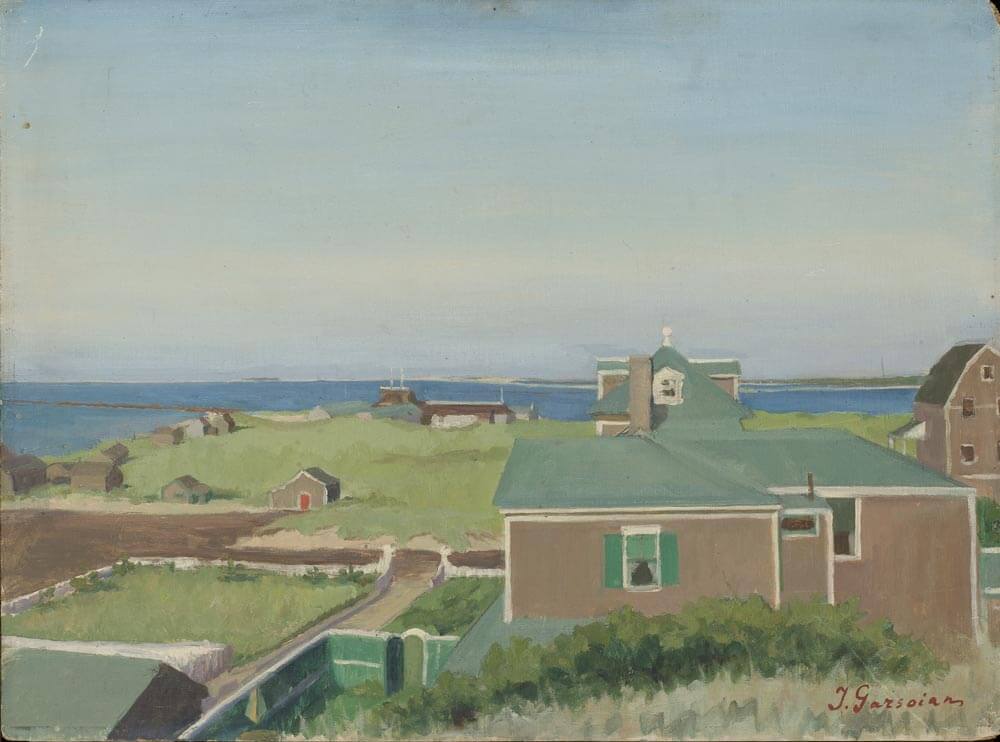 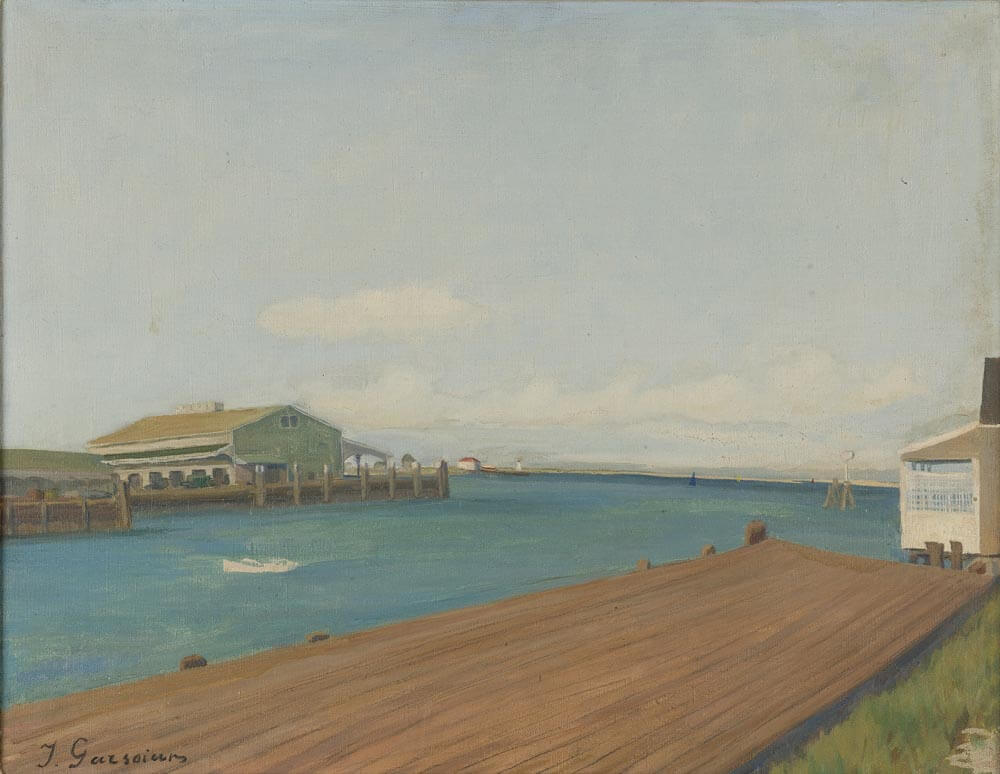 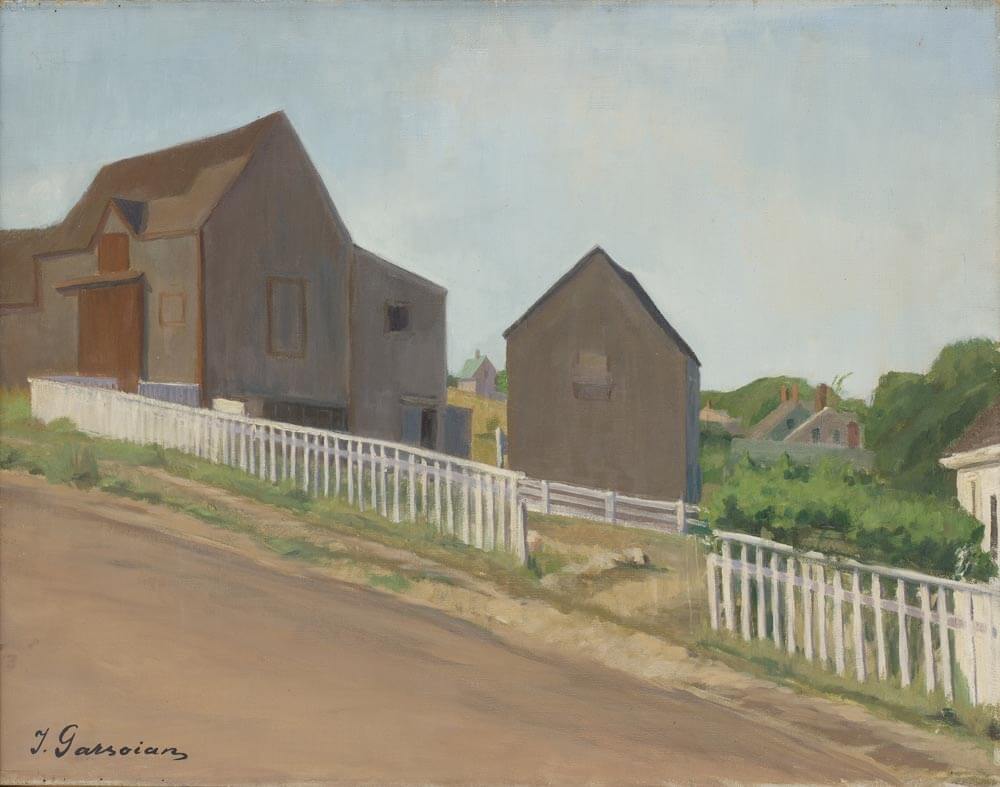 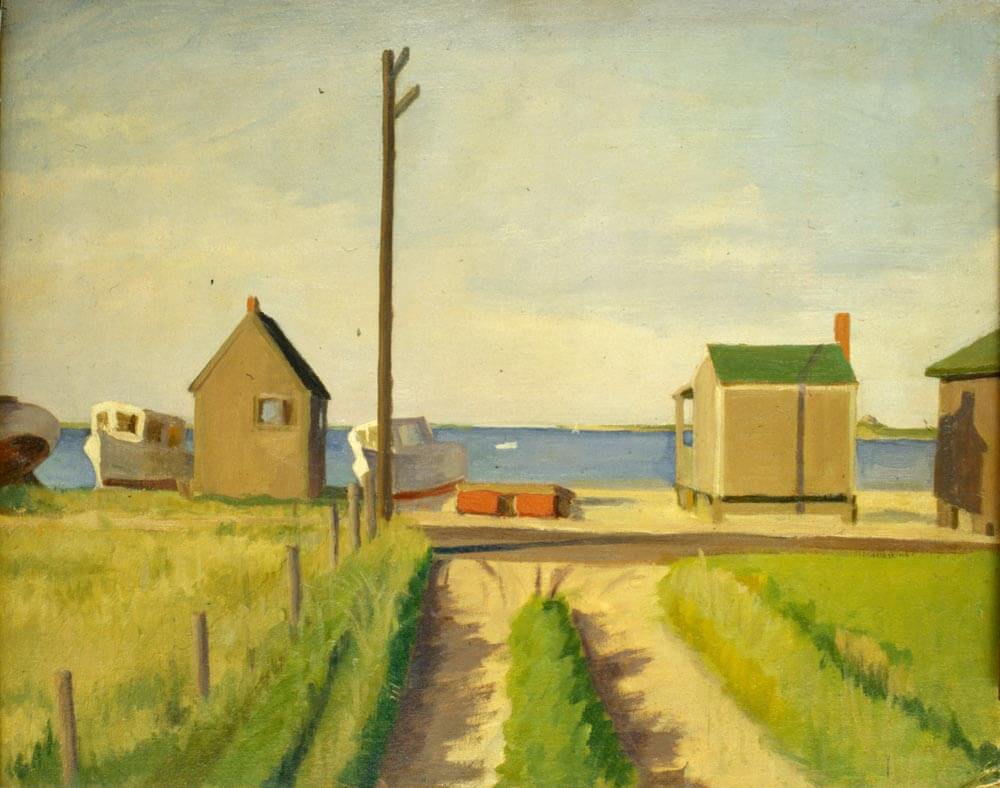 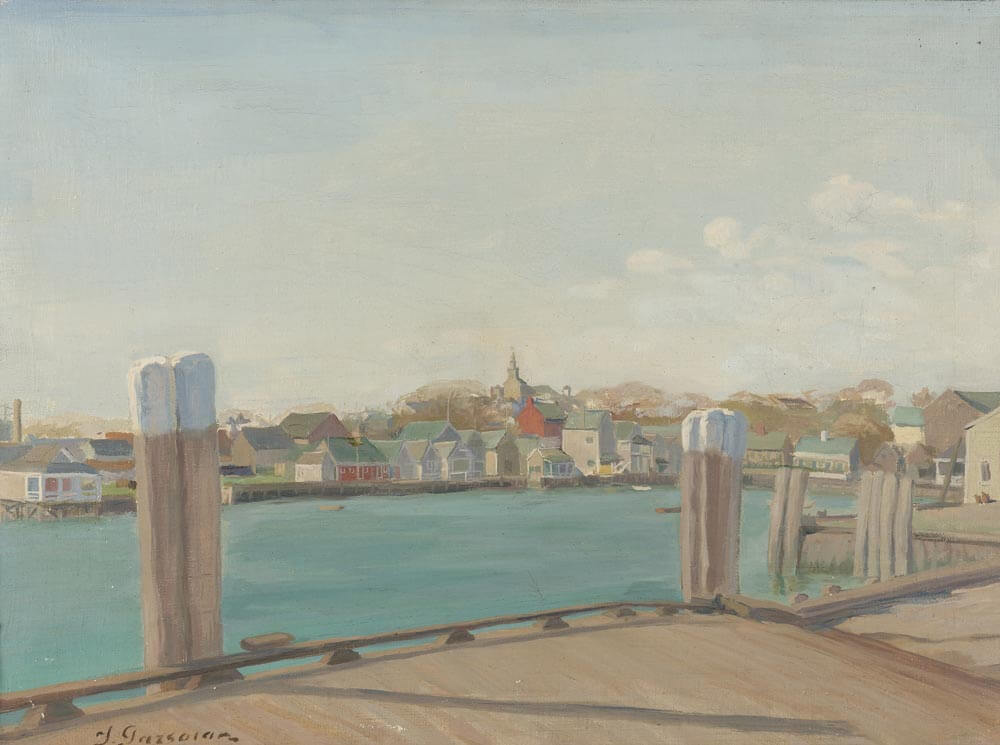