Jane Brewster Reid (1862-1966) was a prolific watercolorist from Rochester, New York, who visited Nantucket beginning as early as 1891, and continued to show her work on the island well into the 1930s. Her soft and endearing watercolors idealize many classic Nantucket settings such as Stone Alley, the Old Mill, Sankaty Head Light, Swain’s Farm, and numerous ’Sconset houses. A transitional figure working before and during the establishment of the Art Colony, her early watercolors were included in Henry S.Wyer’s 1902 booklet Sea-Girt Nantucket. During the height of the colony, she advertised her work as “Miss Reid’s Water Color Paintings/Nantucket Subjects” at Miss Sylvia’s Shop, 16 Pleasant Street, and by 1938 was showing at the Swimming Duck, 40 Centre Street. Once Reid chose a favored setting, she often produced numerous copies of the same scene, occasionally varying the size. Her sketching expeditions covered the island, but she was especially drawn to the quaintness and romantic charm of ’Sconset. 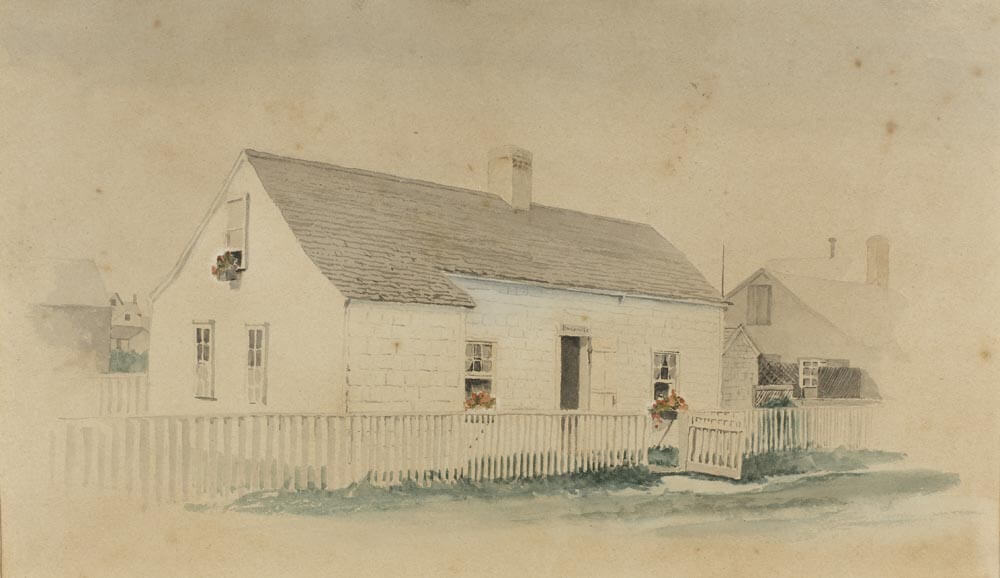 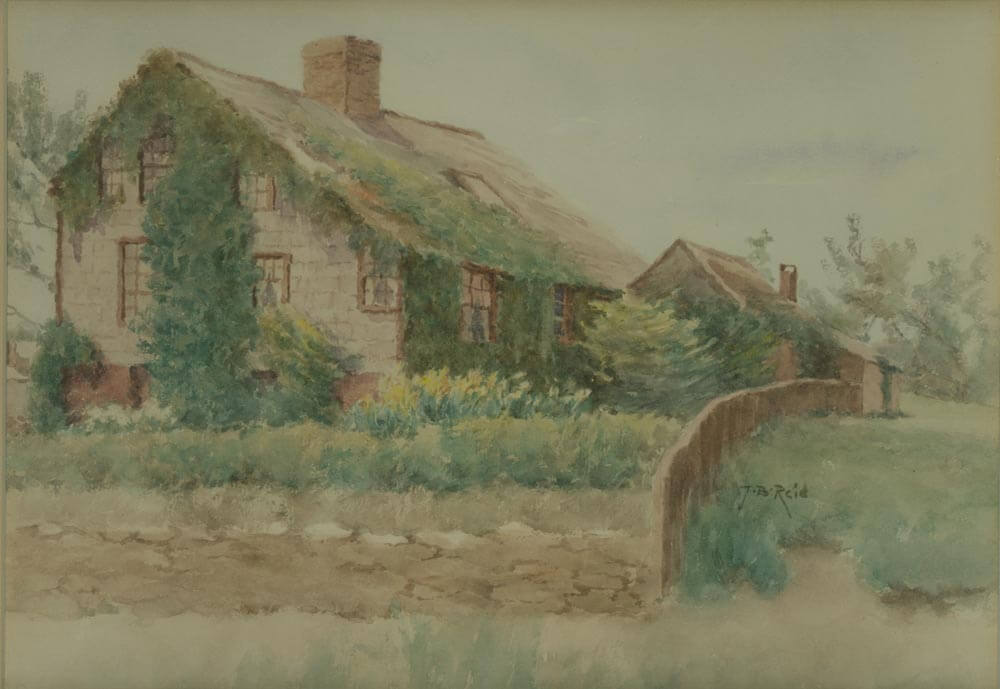 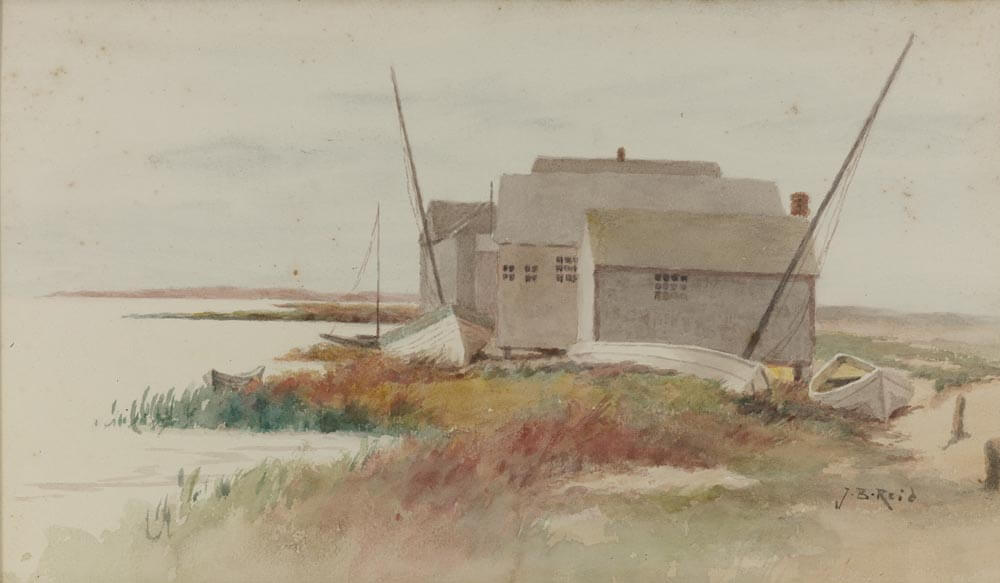 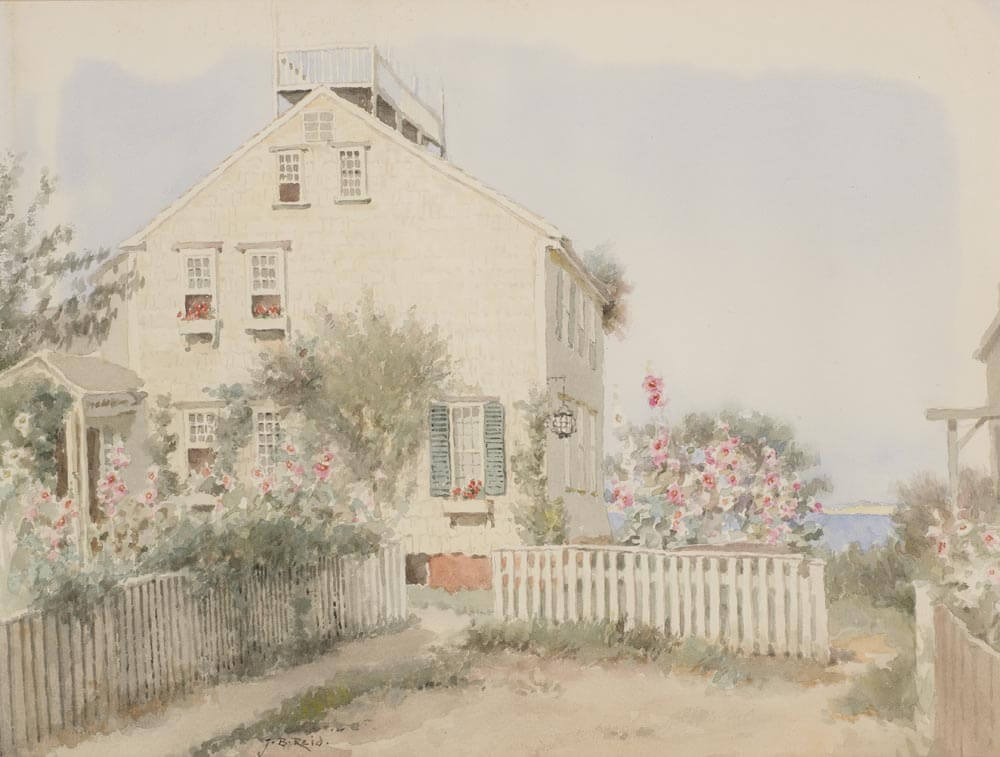 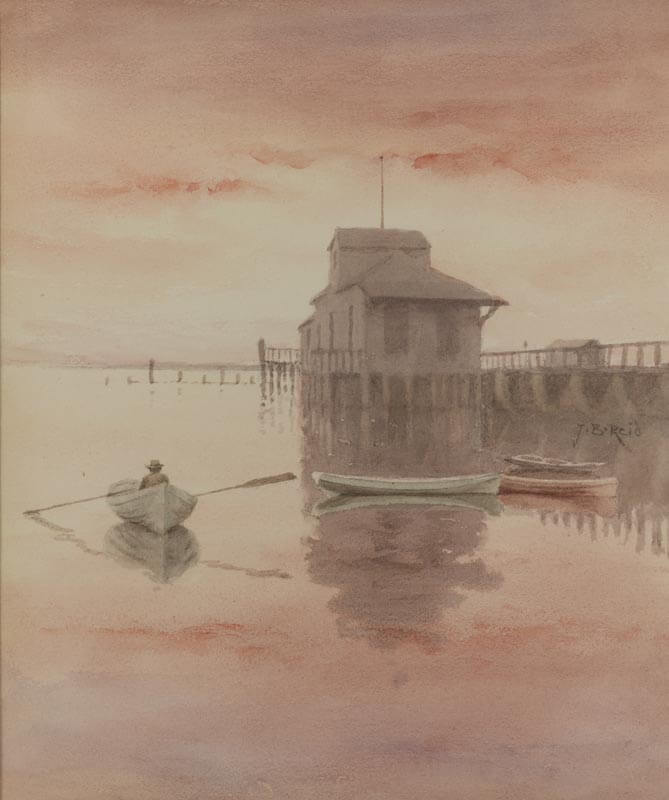