Following in the footsteps of her creative father, Mary Sarg Murphy (1911-1986) was a painter, illustrator, and decorative artist. Undergoing a natural apprenticeship in her father’s shops in New Hope, Pennsylvania, and on Nantucket, Mary Sarg became adept at producing the fabrics, wallpapers, children’s clothing, and table linens he offered for sale in his stores. An accomplished portrait painter, she became well known in the 1930s for her magazine illustrations as well as for her children’s book designs. 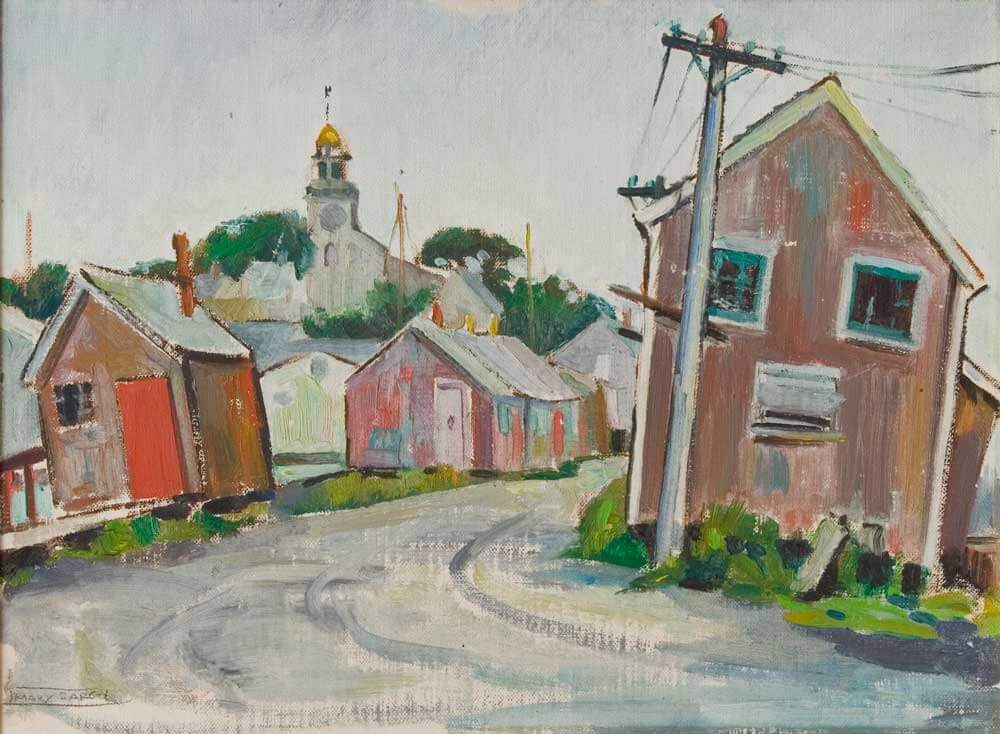