Robert J. Freiman (1917-1991), deaf from birth, was born in New York City and attended the Lexington School for the Deaf. He studied art at the National Academy of Design, Pratt Institute, the Art Students League, the Parsons School of Design, and, in Paris, at the Ecole des Beaux Arts. Freiman’s spectrum of styles evolved considerably over the course of his long career, ranging from early portraiture and realistic landscape to mixed-media works using watercolor, acrylic, and pen. He was a regular exhibitor at the Sidewalk Art Show beginning in the 1930s. Later in his career, his style became abstract, with metaphysical landscapes and elements of architectural fantasy. 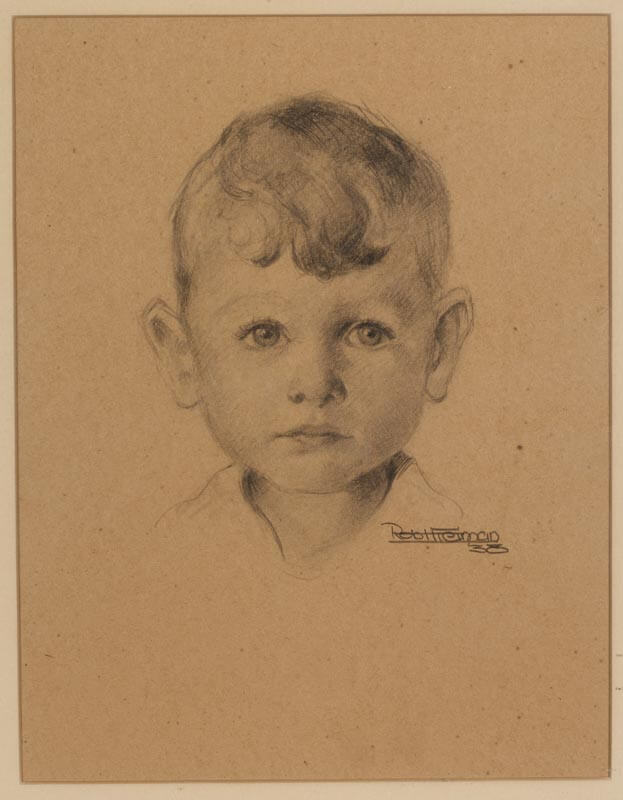 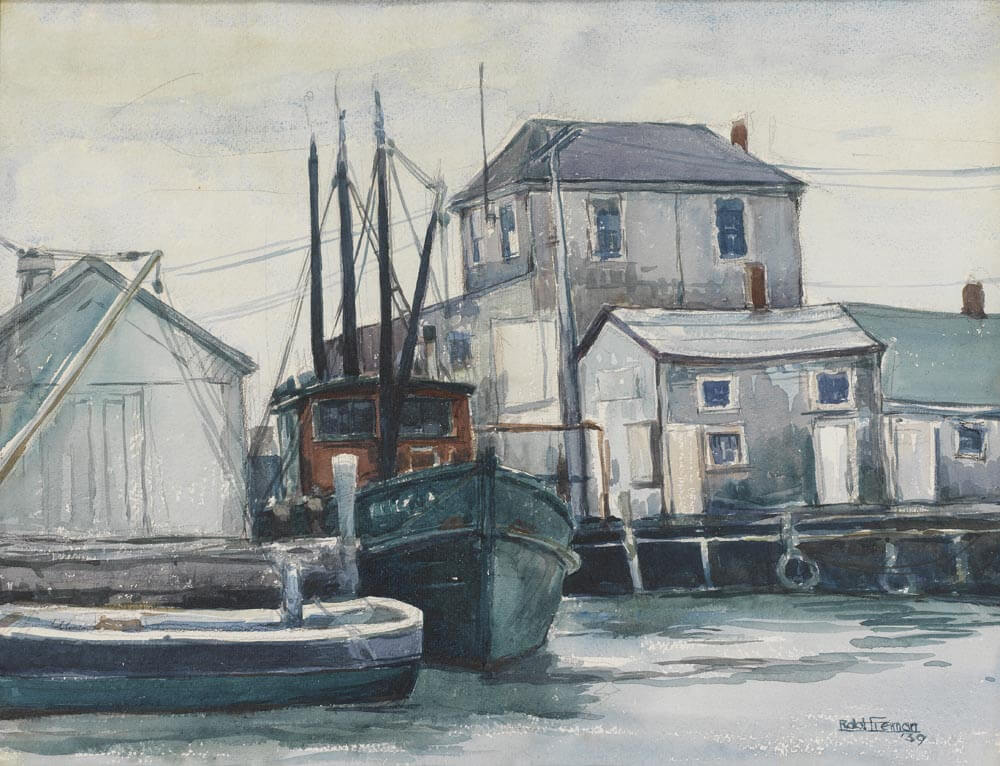