An inspired printmaker, pastel portraitist, and oil painter, Ruth Haviland Sutton first journeyed to the island with her mother in 1924 to study with Frank Swift Chase. A core member of the Art Colony, Sutton occupied various waterfront studios, including the Choo Choo Studio on Steamboat Wharf, where she stayed with her mother in 1925. By 1936, she was a permanent island resident, working and exhibiting from the Scallop on Commercial Wharf in the summer and passing her winters in Harborview. She fondly recalled the camaraderie of the wharf artists: “I like it too well to ever change. We are a congenial group, mostly artists — and the ocean is our back door.”

Sutton received her artistic training at the Pennsylvania Museum and School of the Arts in Philadelphia and at the Grand Central School of Art in New York City. She was commissioned in 1933 by the Works Progress Administration to paint two large murals at the Museum of Natural History in Springfield, Massachusetts. She attended the Art Students League in New York City, where she studied drawing and anatomy with George Bridgman and sculpture with Mahonri Young.

A student of printmaker George C. Miller, Sutton employed lithography and woodcut to create her popular prints of familiar Nantucket scenes, including the Easy Street Basin, the wharves, Stone Alley, Main Street, and other island subjects. She developed a series of printed postcards called “Pencil Print Notes,” along with her frequently reproduced works including a map of Nantucket, and a print of famous island attractions.

In addition to her print work, Sutton was an accomplished oil painter, creating charming landscapes and townscapes under the direction of Chase. Perhaps her finest work, however, came in a series of oil and pastel portraits of well-known Nantucket characters. Here, the delicate precision of her eye, well trained through her meticulous plein air sketchwork for her prints, shifts its attention to the human face, which she captures in swift, broad strokes with finely built-up layers of tone—evident in the radiant, expressive eyes of her sitters.

One of its most active artists, Sutton was also an important promoter of the Art Colony, supporting the Sidewalk Art Show after its establishment in 1930, serving as a charter member of the Artists Association of Nantucket and on its first executive committee, and exhibiting at the Kenneth Taylor Galleries and later the Lobster Pot Gallery on Old South Wharf. In 1945, she purchased four waterfront properties from Florence Lang’s estate, refurbished them, and continued to rent them to artists at affordable rates. In 1950, she bought and remodeled the Candle House Studio into a home and studio for herself, providing an unobstructed view of the harbor directly from her living room. She was a cofounder of the Boston Printmakers in 1947, with her friend Elizabeth Saltonstall, and an active member of the Springfield Artists Guild and the Springfield Art League. 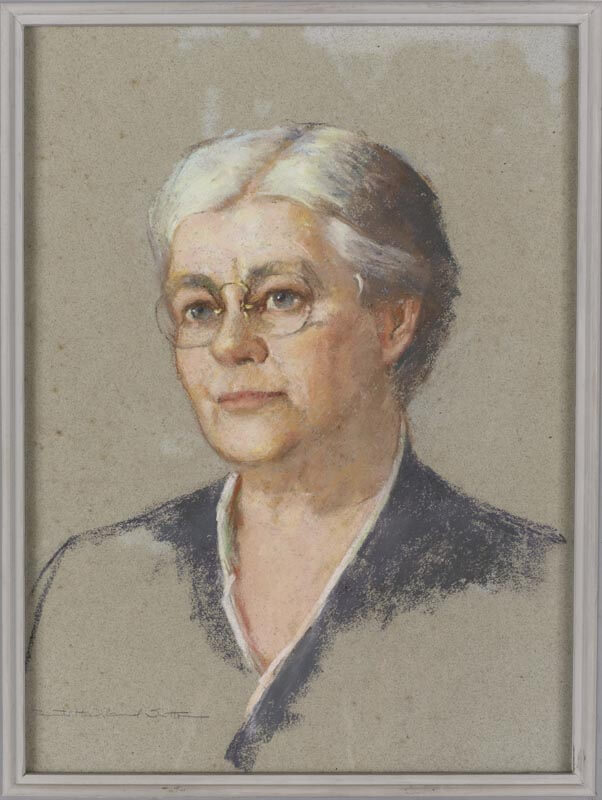 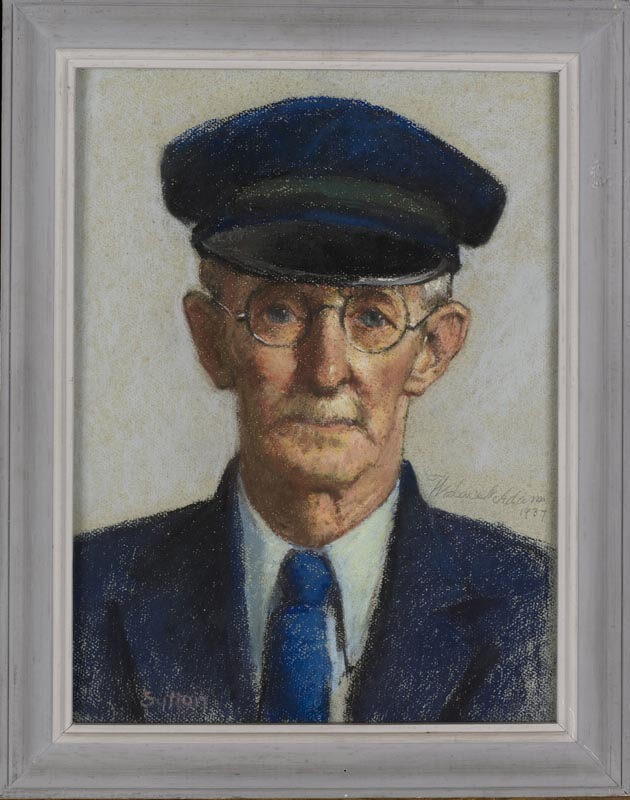 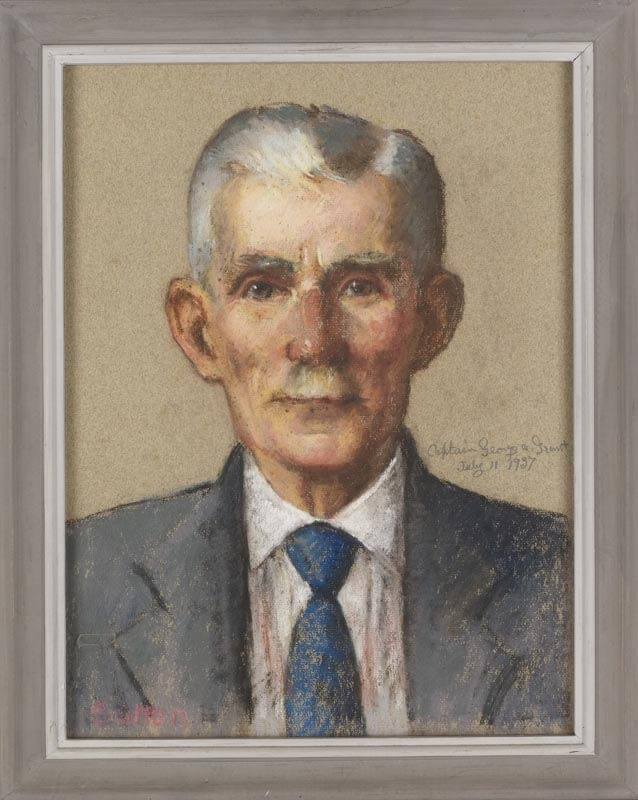 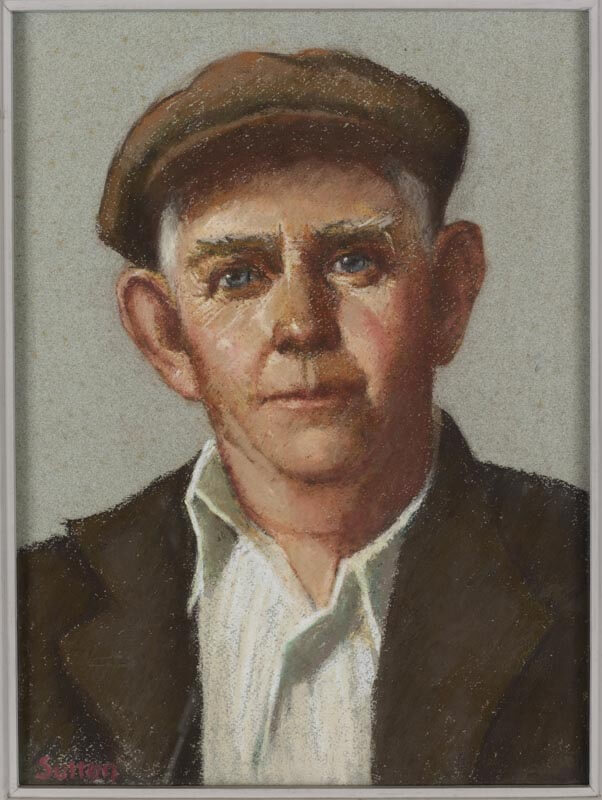 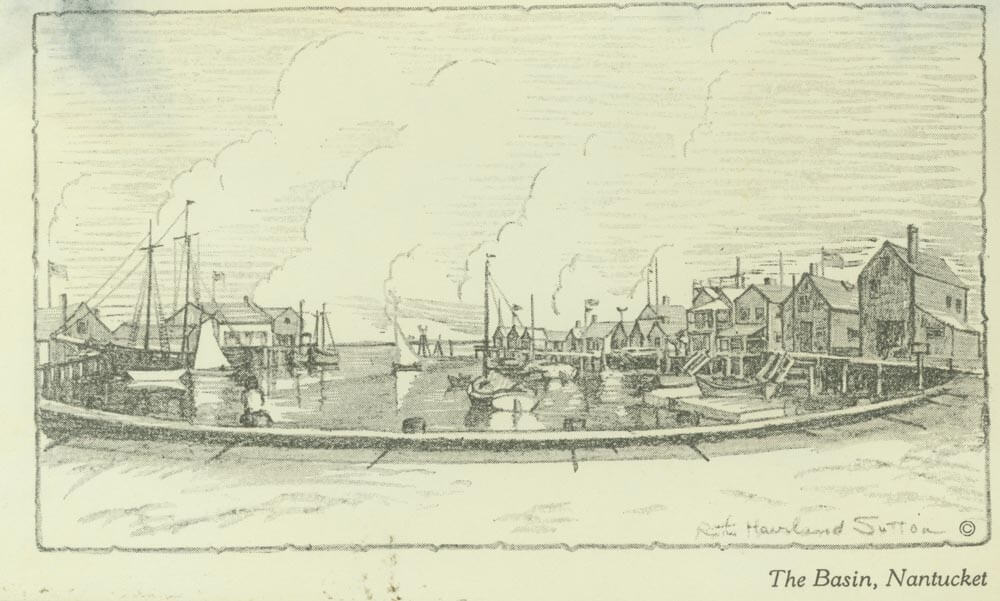 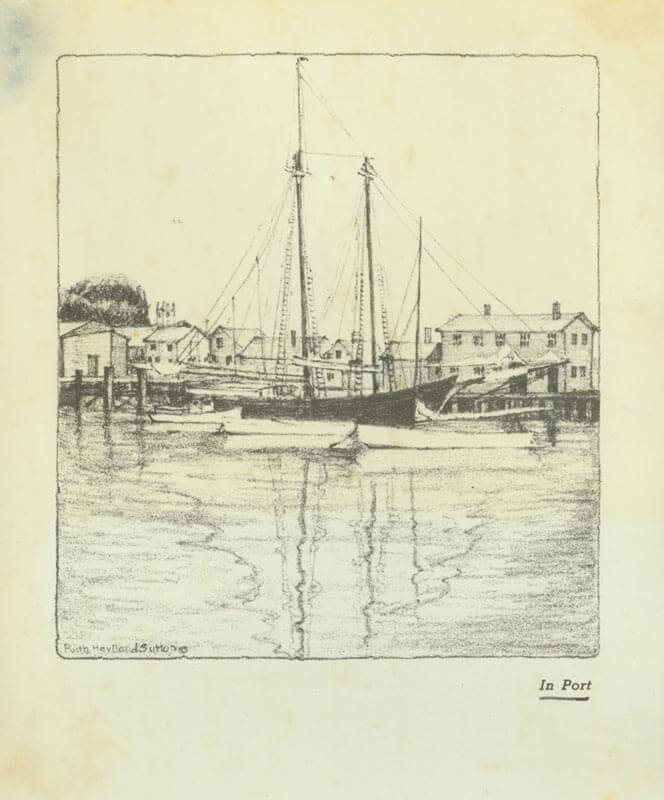 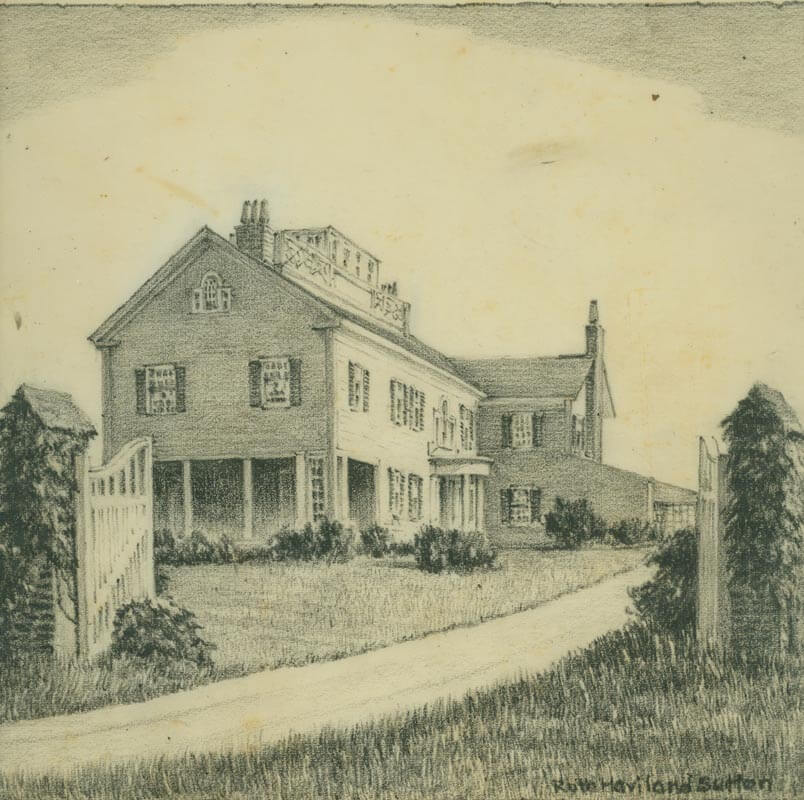 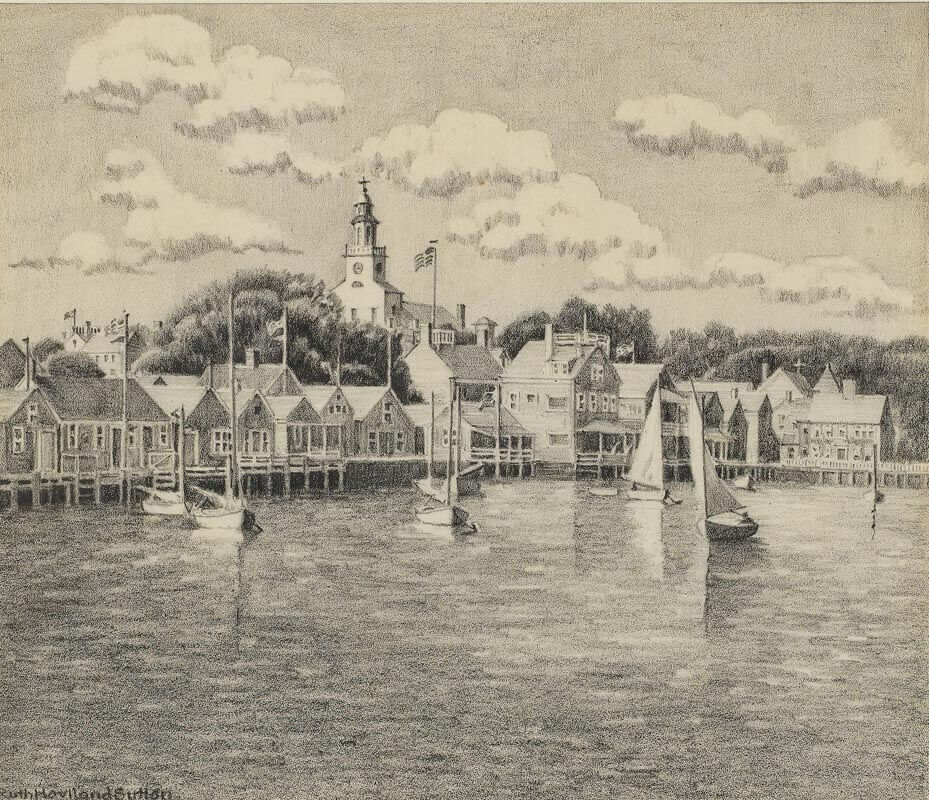 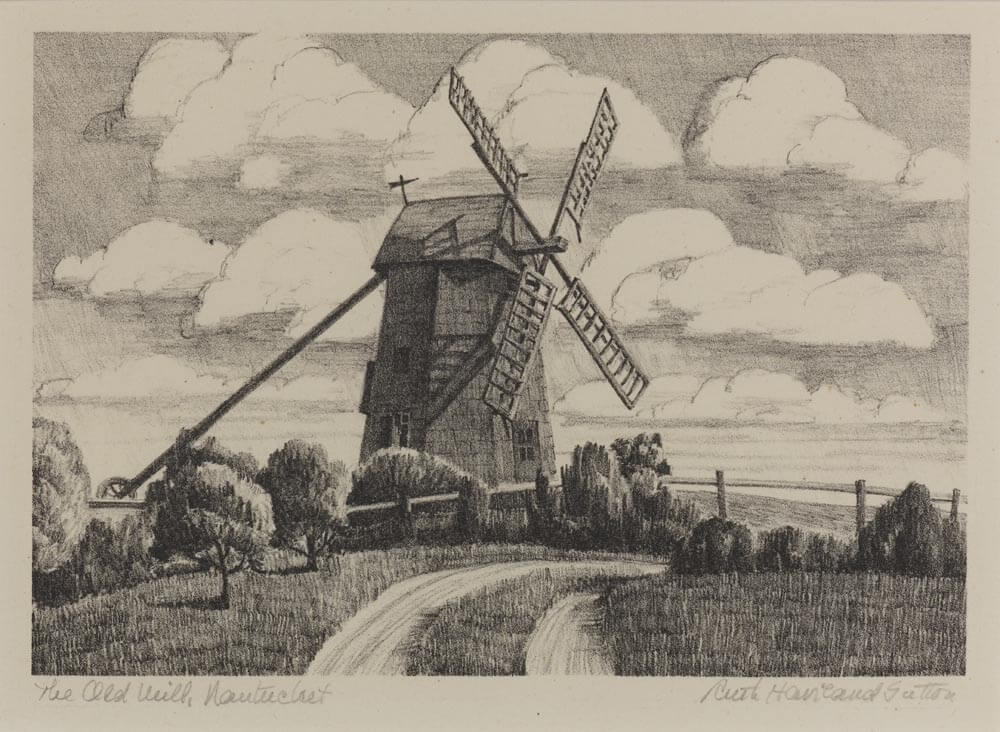 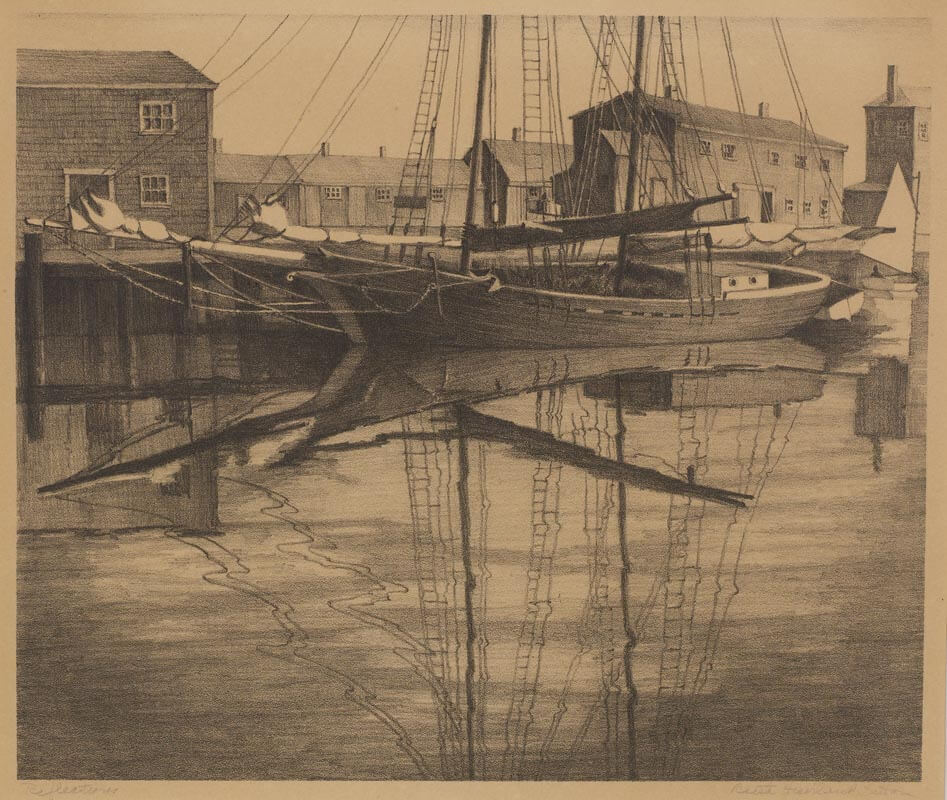 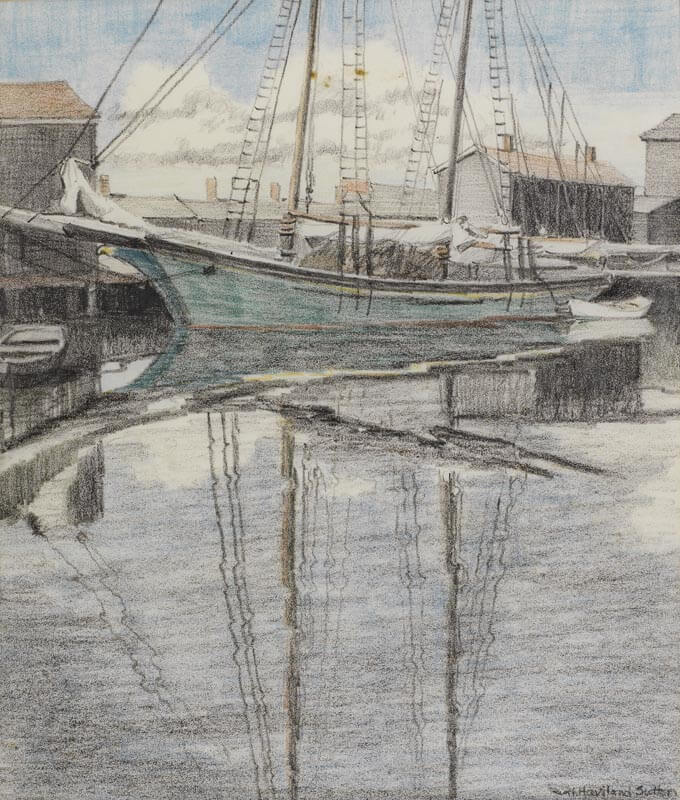 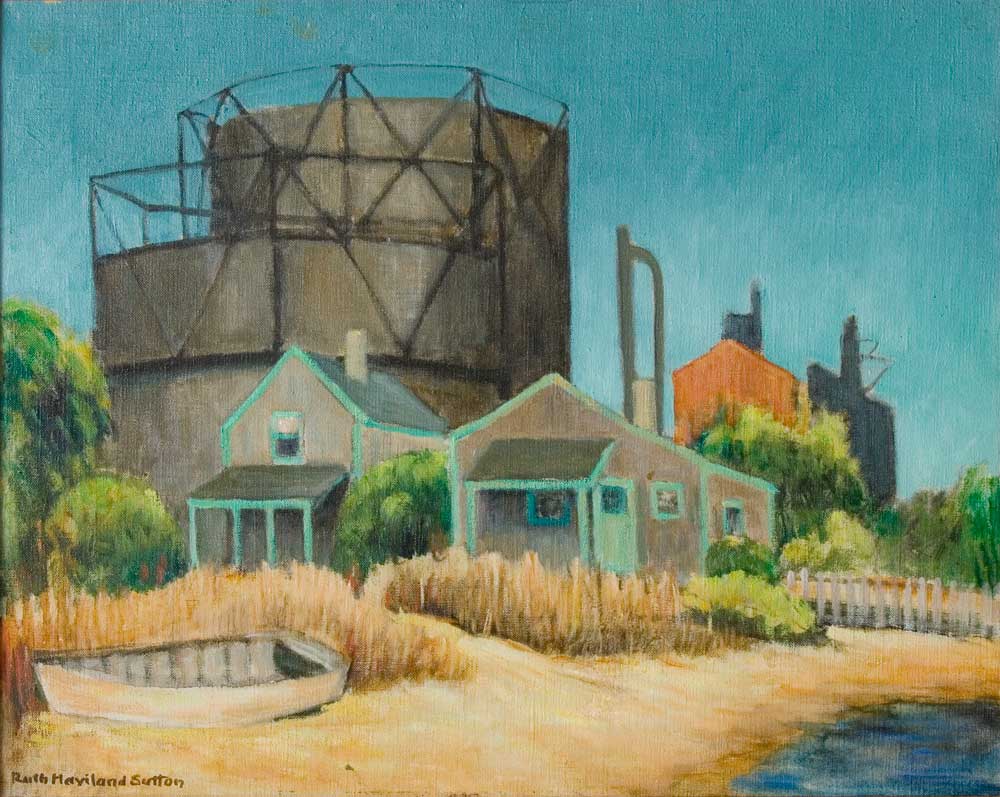