Tony Sarg (1880-1942) was a creative genius known popularly for his work as a puppeteer, illustrator, toymaker, window designer, and creator of the original Macy’s Thanksgiving Day Parade balloons. Sarg began coming to Nantucket with New York friends in the early 1920s, and purchased a home on North Liberty Street in 1922. He soon opened the Tony Sarg Shop at 38 Centre Street, which relocated in 1929 to the corner of Easy Street and Steamboat Wharf as Tony Sarg’s Curiosity Shop. Less well known for his fine art, Sarg was an active member of the Art Colony, a supporter of Florence Lang, and a close friend and occasional host of the “dean” of the Art Colony, Frank Swift Chase. For the 1927 Nantucket Follies at the Yacht Club, organized by Austin Strong, the Inquirer and Mirror wrote that Sarg “presented a puppet munching a cracker, and then drew a caricature of his assistant, Frank Swift Chase, in the form of a rotund cupid.” Sarg exhibited his works regularly at the Easy Street Gallery, including those on display here.

Sarg’s other Nantucket activities were nearly limitless: he created the logo for the Wharf Rat Club and instigated the hoax of the “Sea Monster,” a large balloon creature inflated on Coatue and sailed across the harbor to land at South Beach, where it delighted and surprised islanders of all ages. Sarg designed several posters for the hospital fêtes, fundraisers for the Nantucket Cottage Hospital, among his other island productions. Tony Sarg’s Shop on Easy Street at the head of Steamboat Wharf. 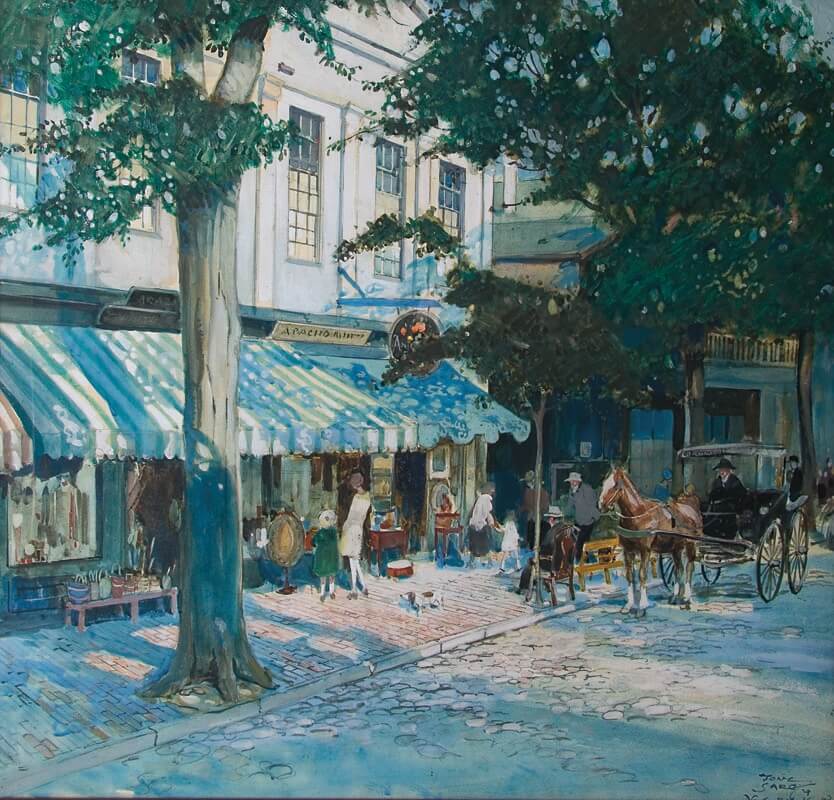 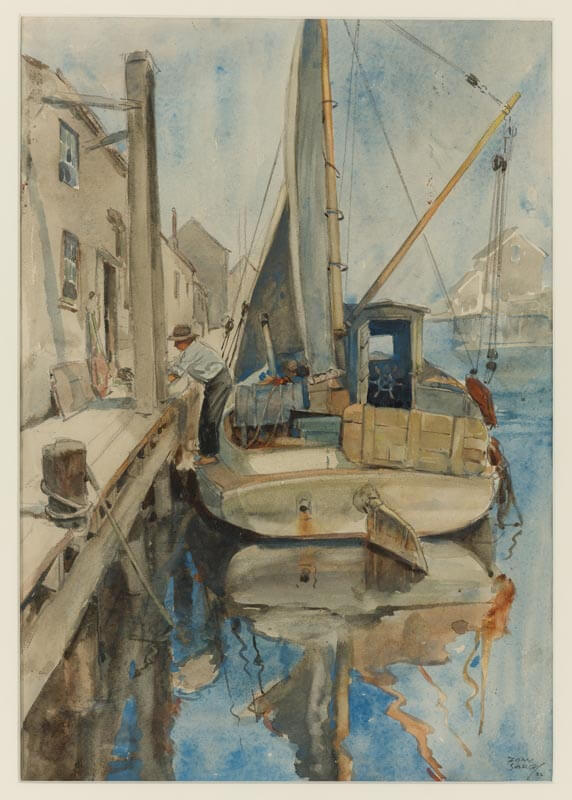