Walter Gilman Page (1862-1934) studied at the School of the Museum of Fine Arts in Boston and was a pupil of Gustave Boulanger (1824-1888) and Jules Lefebvre (1836-1911) at the Académie Julien in Paris. He was a founder of the Boston Public School Art League and maintained his studio at the Fenway Studios. He became interested in fostering the spirit of old New England through his paintings and his work with organizations such as the Society for the Preservation of New England Antiquities, the Sons of the Revolution, and the Massachusetts Society. On Nantucket, he painted portraits of farmers, carvers, sea captains, old residents (John Cook was the oldest person on Nantucket at the time of this painting), the wharves, and town. He advertised his paintings in the Inquirer and Mirror for viewing at the Monnohanit Club on Walnut Lane most summers in August. 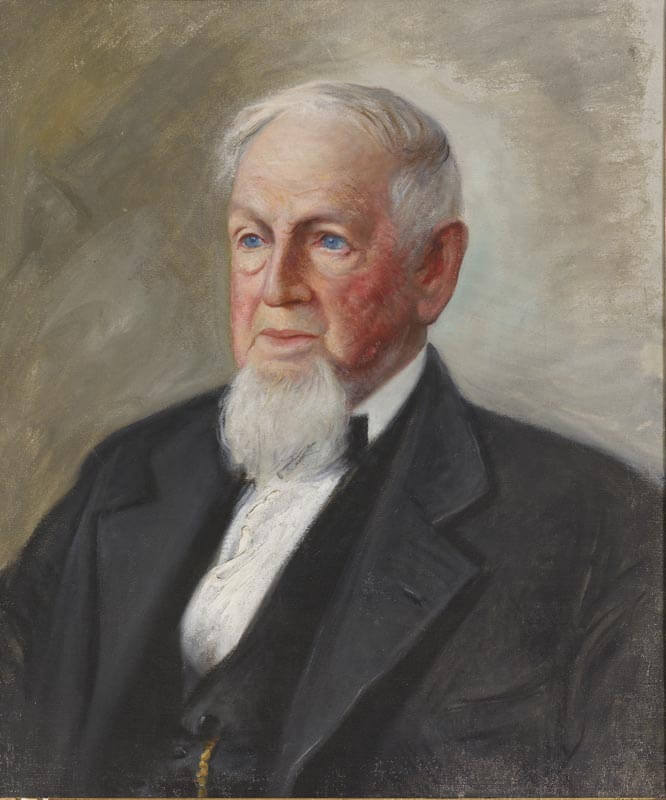 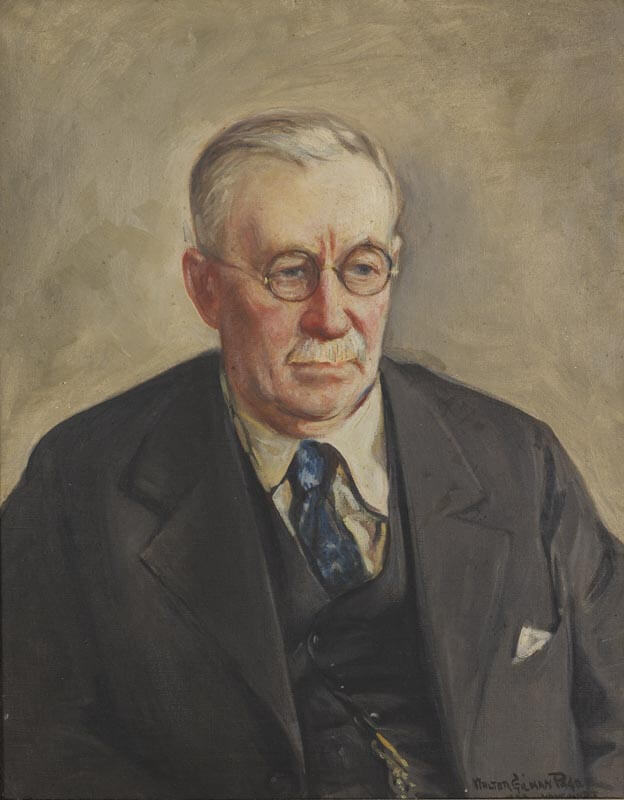 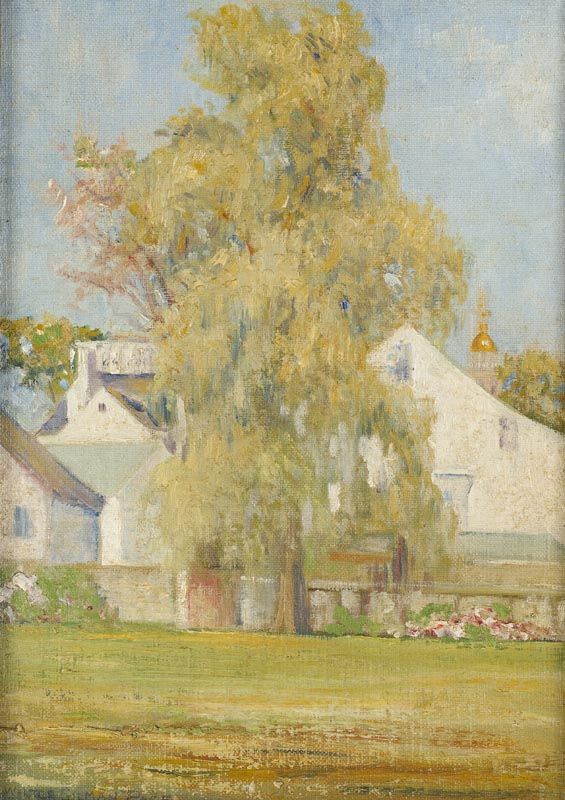