A native of Philadelphia, Pennsylvania, Wuanita Smith (1866-1959) was a painter, printmaker, and illustrator of children’s books. She was a part of the Provincetown, Massachusetts, group that developed the “white line” color block-print method, based on Japanese woodcut techniques, during World War I. She exhibited in Provincetown in the 1920s and 1930s, and also had a studio on Nantucket. She was a regular exhibitor at the summer art colony in Rehoboth Beach, Delaware, as well as the Pennsylvania Academy, the Plastic Club, and the Woodmere Art Museum.

Smith studied at the Philadelphia School of Design for Women (now Moore College of Art) and cofounded the American Color Print Society of Philadelphia. A student of Howard Pyle at the Drexel Institute, she also studied at the Pennsylvania Academy of the Fine Arts, the Art Students League in New York, and in Paris with printmaker Allen Lewis. 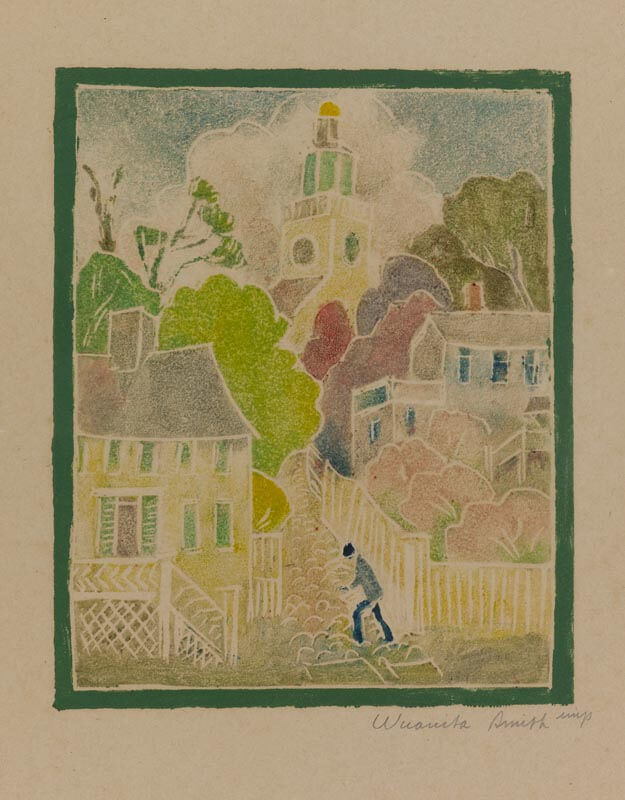 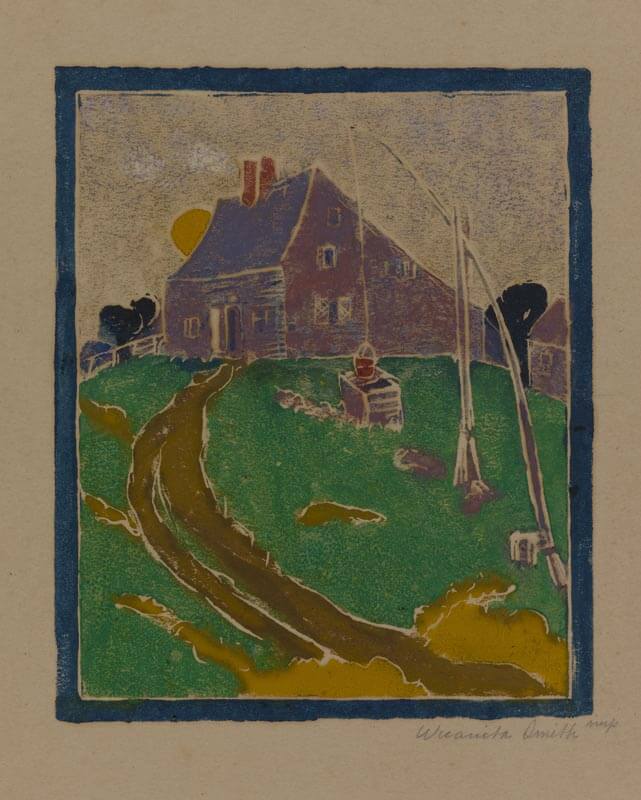 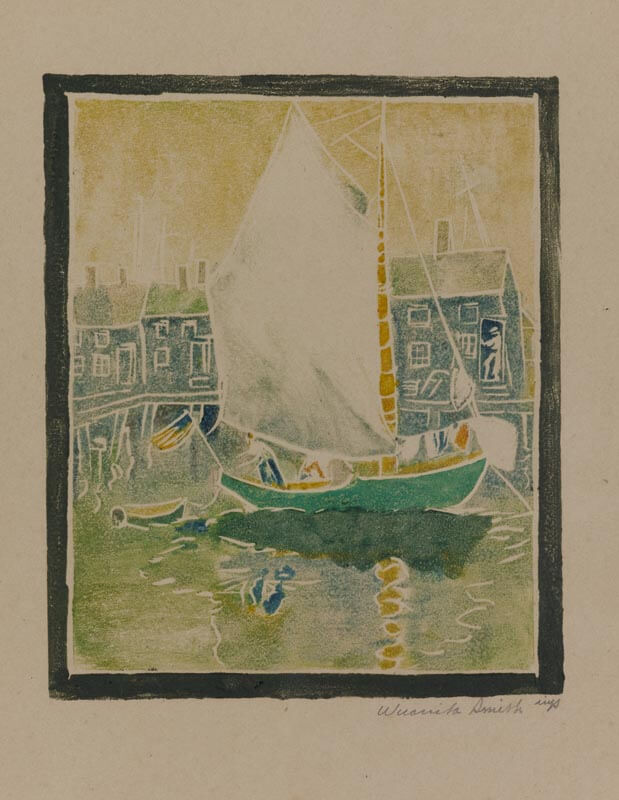 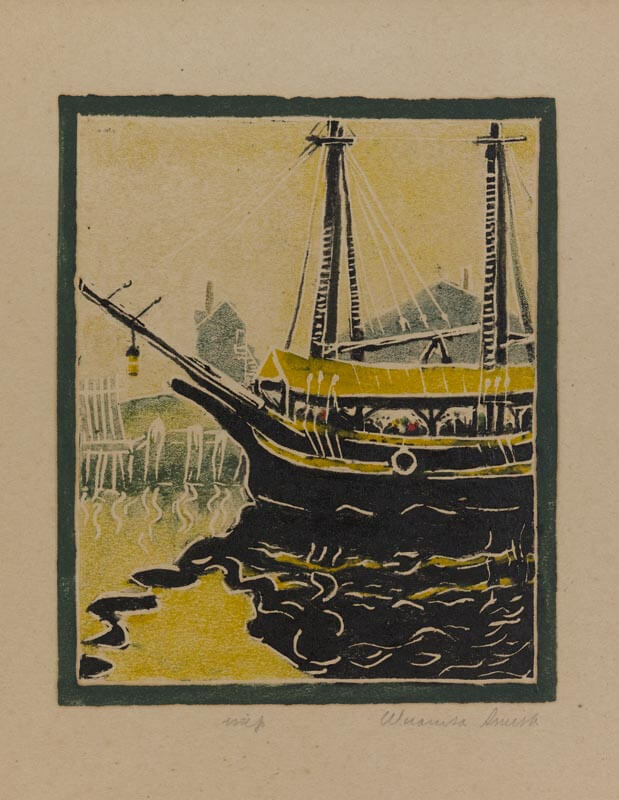