About the Edward Cary

From 1841 to 1864, it made six successful whaling voyages, hunting whales under masters John Tobey, Benjamin C. Sayer, Oliver C. Coffin, and Rowland C. Phinney; circumnavigating the globe under Perry Winslow; and hunting in the Arctic under Francis Macy Gardner.

The Edward Cary was a full-rigged ship of 353 tons, built in Mattapoisett, Massachusetts in 1841 by Gideon Barstow & Son for the Nantucket owners James Athearn, James H. Barker, and Frederick C. Sanford. The ship was named for Athearn’s father-in-law/uncle by marriage. At that time Mattapoisett was a major shipbuilding port, launching 161 whaling vessels between 1771 and 1878, including 62 for Nantucket and 77 for New Bedford.

The Cary typically sailed with a captain, first mate, second mate, third mate, cooper, steward, cook, blacksmith, four boat steerers (one for each whaleboat), and 16 to18 seamen. Sometimes a young boy would be hired on to serve as cabin boy.

While usually commanded by Nantucketers, her crews came from many different places and backgrounds. They included white men from New England and Northern Europe, African Americans, Native Americans from the Wampanoag communities on Martha’s Vineyard and Cape Cod, Cape Verdeans, as well as men from the Cape Verde Islands and the Azores.

In late 1864, she was sold in San Francisco and on her final voyage in 1865 was captured and burned by the Confederate raider Shenandoah at Pohnpei (Ascension) Island in the western Pacific. Her crew was left on the island, and most ultimately returned home.

The NHA has created an interactive experience around a newly-commissioned eight-foot detailed model of the Edward Cary displayed in Gosnell Hall at the Whaling Museum. This integrated display features a dramatic digital presentation of archived materials including logbooks, historic photographs, illustrations, and video. 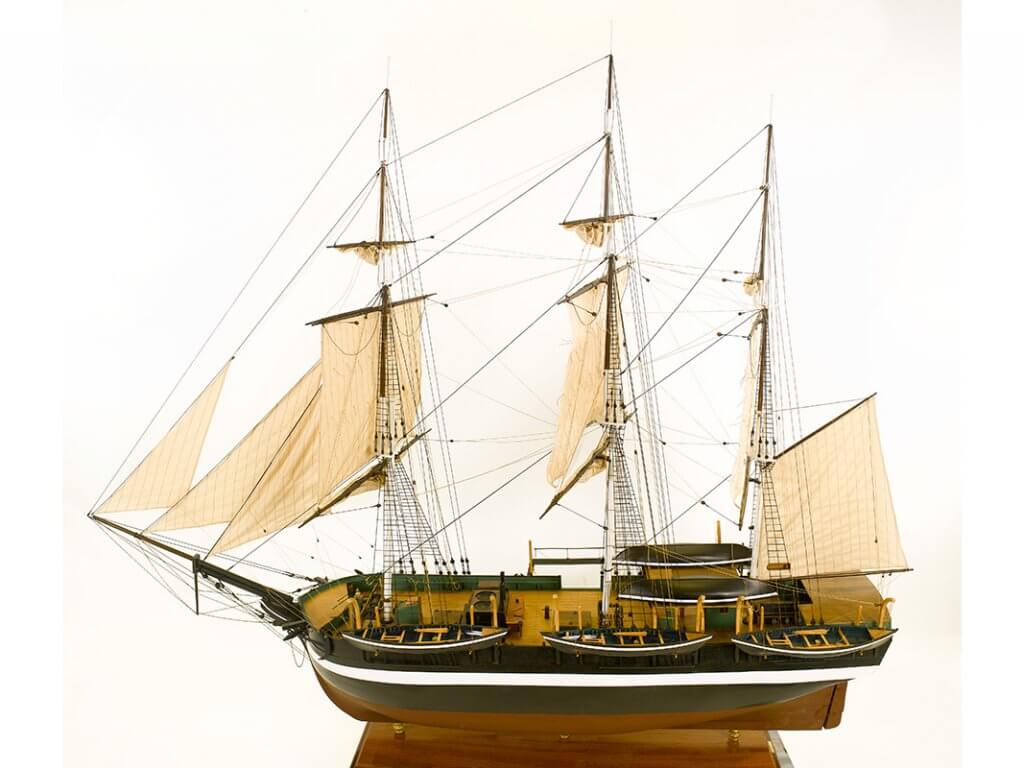 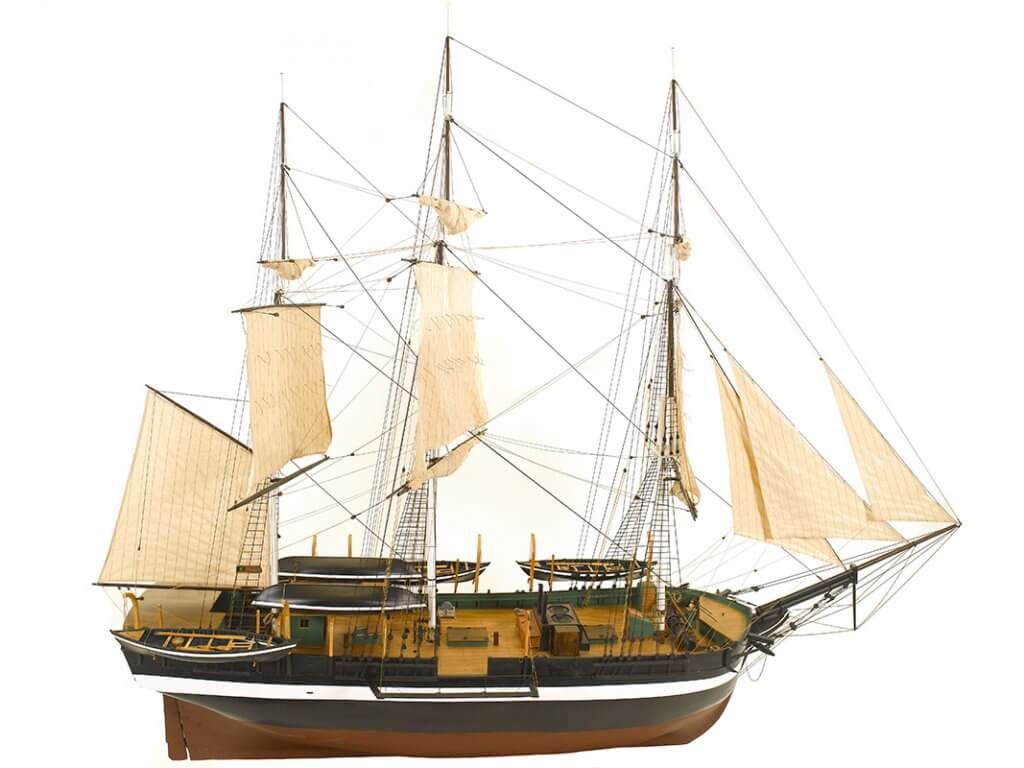 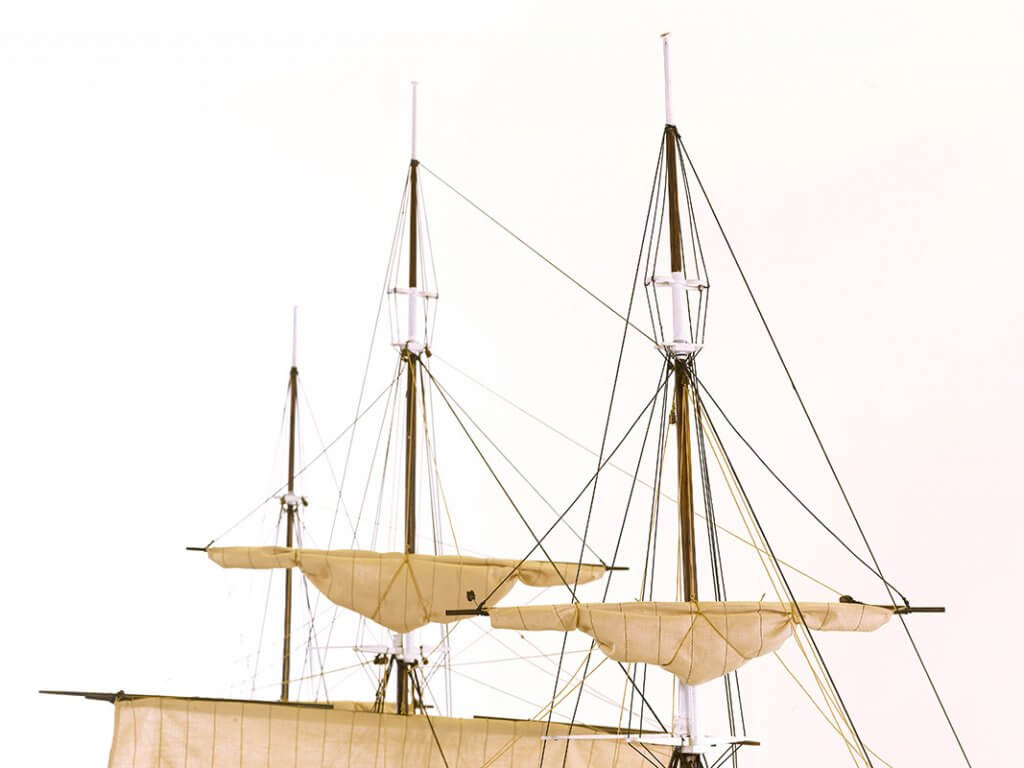 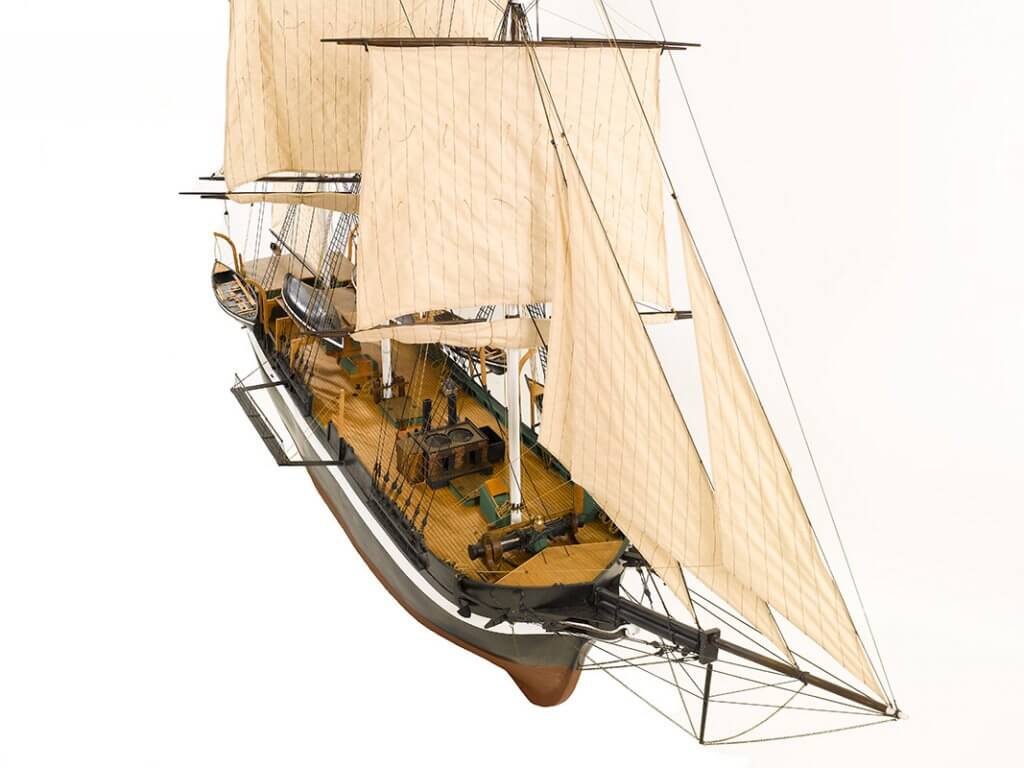 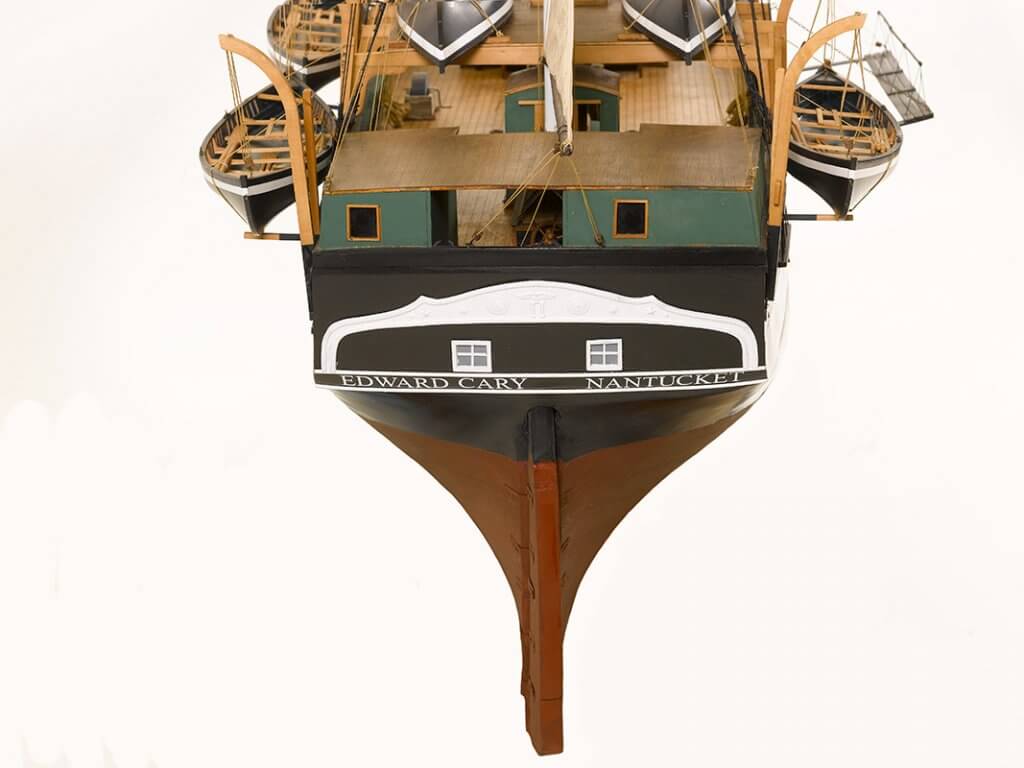 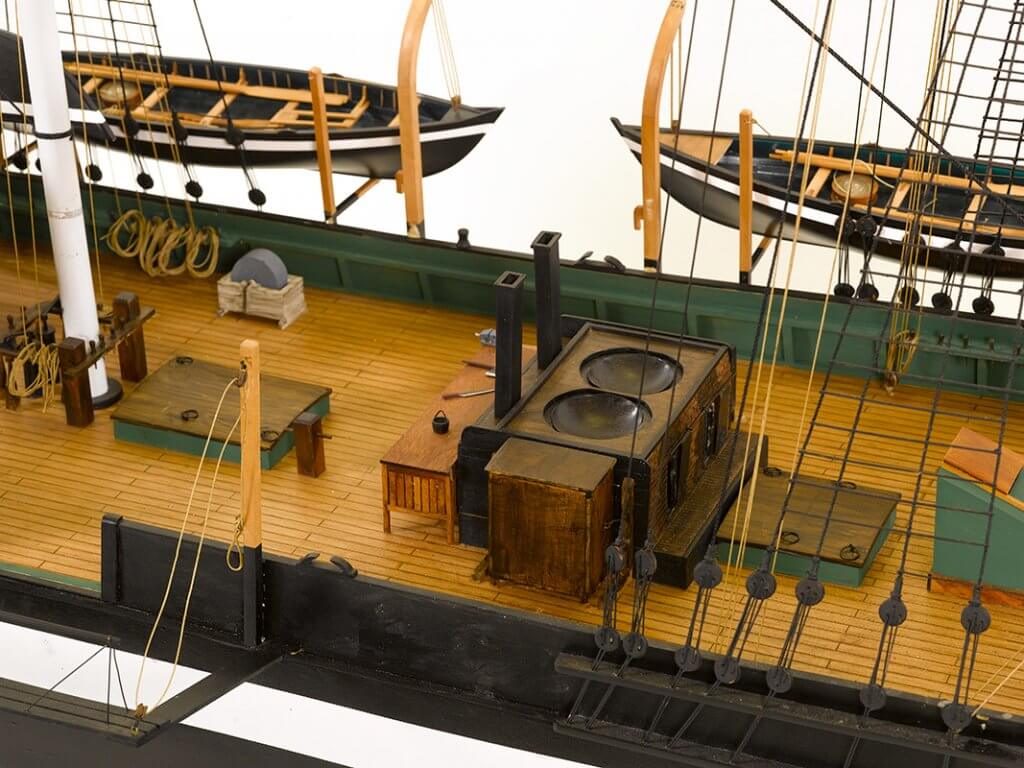 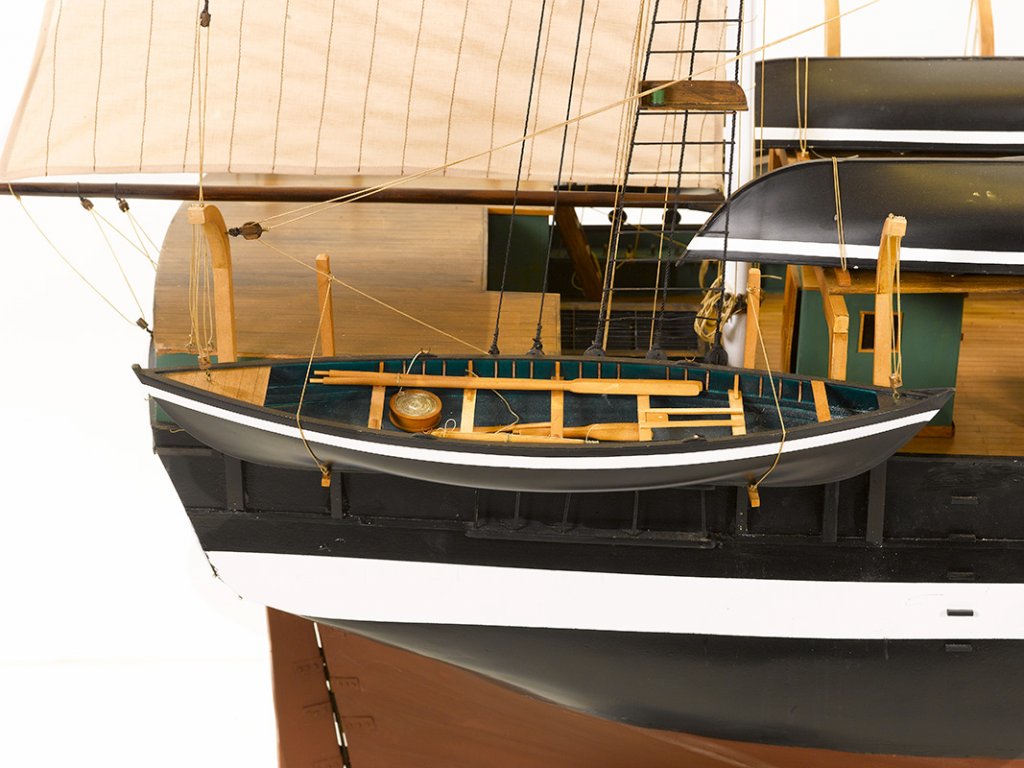 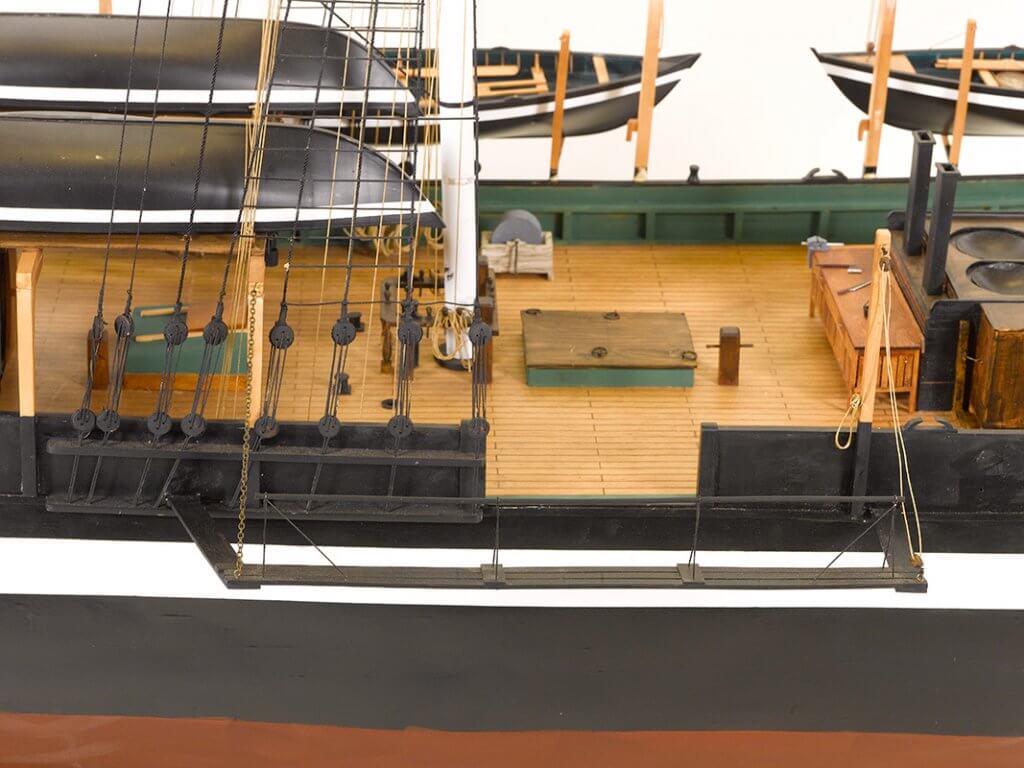 The NHA holds logs of five of the voyages of the Edward Cary in their Ships’ Logs Collection. Browse the digitized logs in detail by clicking on the links below: