Nantucket’s architectural legacy will be explored in a new exhibit opening at the Hadwen House this spring in partnership with the Nantucket Preservation Trust (NPT) and co-curated by NPT’s executive director, Michael May and guest curator Dan Elias.

“There is something about Nantucket Town that is different from other places,” wrote architectural historian Everett U. Crosby in his 1937 pamphlet, “Ninety Five Per Cent Perfect.” What Crosby was referring to, of course, is the island’s “exceptional and unique ensemble” of buildings dating from the late seventeenth-century settlement period through the early nineteenth-century golden age of whaling. 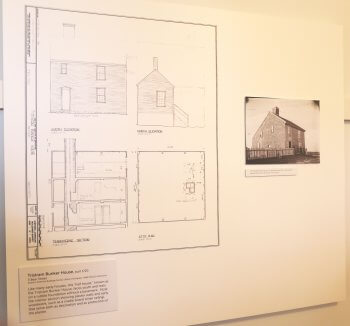 Nantucket’s more than 50 years of economic depression in the late nineteenth- and early-twentieth centuries discouraged large-scale rebuilding or the demolition of old structures. The island’s isolation – as well as an early appreciation of Nantucket’s unique historic character — also helped pave the way for the preservation of our architectural heritage. Today, the island’s historic resources remain largely intact. Individually and collectively, they are a national treasure that provides a sense of place that is distinctly Nantucket.