This is a story of inspiring individuals who moved Nantucket—and the nation—towards a more just and equitable distribution of political power. It begins with a simple will written in 1710 endowing a formerly enslaved man with property and runs up to the enactment of the 19th Amendment to the Constitution in 1920 granting voting rights to women. 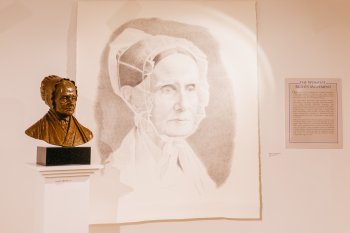 As the title suggests, the story has two parts—the first looks at the scourge of slavery and the second highlights those individuals with Nantucket connection involved in fighting for civil rights for women. Curiously, the pursuit on whales mirrors the former, while the latter reflects Nantucket’s post-whaling period.

Early on, the virtue of tolerance, so prized in the Quaker community, paved the road for a multitude of ethnicities to engage in the pursuit of whaling. With the decline of the Wampanoag population, African Americans, Pacific Islanders, Azoreans, and Cape Verdeans stepped into those roles. The Underground Railroad had a stop here as escaped slaves benefited from the social distancing of long whaling voyages. 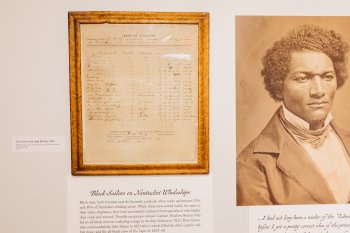 With the passage of the 13th, 14th, and 15th Amendments that ended slavery and gave Black men the right to vote, women would need to wait another five decades. In the island’s post-whaling economy, women and men pressed for the full embodiment of that foundational phrase in the Declaration of Independence: “All Men Are Created Equal.” Finally it came in 1920, 72 years after the Declaration of Sentiments were adopted at the first Women’s Rights Convention in Seneca Falls, New York, in 1848.

On the road from abolition to suffrage, Nantucketers today can feel a special pride for those who advocated for our civil rights. This is their story.